I’ve spent this past weekend at Skepticon 7, and I’m still recovering (especially from the Skeptiprom dance party on Saturday night). In the meantime, here are some links I picked up from the weekend’s talks:

• My favorite talk of the convention was by Ben Blanchard, who spent a year working abroad with the Foundation Beyond Belief’s Humanist Service Corps. He dug wells in Cambodia and Ecuador, helped build latrines in Haiti, taught science to children at the Kasese Humanist Primary School in Uganda, helped women exiled to “witch camps” in Ghana, and oh yeah, almost died from malaria. His cheerful enthusiasm and eagerness to associate atheism with doing good for humanity should be an inspiration to all of us. And if that mission appeals to you, the Humanist Service Corps is accepting volunteer applications for next season from now until December 15.

• In my 2007 review of The Secret, I mentioned a woman who decided, after being diagnosed with breast cancer, that she was going to skip medical treatment and try to cure herself through the power of wishful thinking. That woman’s name was Kim Tinkham, and until now, I hadn’t known how that story ended: she died in 2010, at the age of 53, of metastatic breast cancer.

• Apparently, channeling poorly-defined mystical energy by waving their hands in the air isn’t all that reiki masters can do. They can also project healing power into the past or the future.

• I learned that in Islam, there’s a taboo against sleeping on your stomach, supposedly because Mohammed traveled to Hell and observed that that’s how people sleep there. I don’t get it; don’t people in Hell do all kinds of stuff? Walk around? Pick things up with their hands? Should we not do any of those things either?

• You can help NASA map the Moon and Mercury – yes, you – with CosmoQuest’s Planet Mappers project, where volunteers flag craters and other interesting topographical features in satellite imagery.

• Along those same lines, there’s also SciStarter, a collaborative website where citizen scientists can sign up to help the professionals carry out all kinds of research projects. 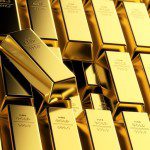 November 26, 2014 The Fallout in Ferguson, Continued
Recent Comments
0 | Leave a Comment
"I can at least attempt to give you a start.The Berkeley Archive is here. You ..."
abb3w Will ‘Nones’ Bring a Progressive Future?
"Well, at least y'all cain't blame Me fer smitin' y'all with global climate disruption, eh. ..."
Gord O'Mitey America’s Climate Exodus Is Just Beginning
"Is there some secular counterpart of religious conservatism? Like being "pro-family", anti-abortion, anti-homosexuality, etc. I ..."
Loren Petrich Will ‘Nones’ Bring a Progressive Future?
"A few months after Hurricane Katrina struck New Orleans, I went to Turkey. Among other ..."
Justine Valinotti America’s Climate Exodus Is Just Beginning
Browse Our Archives
get the latest from
Daylight Atheism
Sign up for our newsletter
POPULAR AT PATHEOS Nonreligious
1