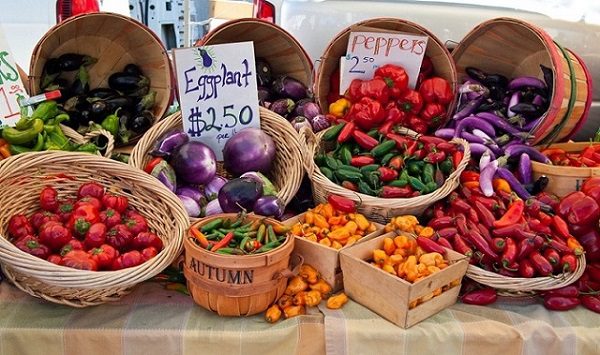 When the villains put Directive 10-289 into effect two chapters earlier, Dagny quit her job and flounced out. This chapter opens with her living in hermetic solitude, at an old rural cabin in Woodstock that she inherited:

The sun touched the tree tops on the slope of the hill, and they looked a bluish-silver, catching the color of the sky. Dagny stood at the door of the cabin, with the first sunrays on her forehead and miles of forest spread under her feet. The leaves went down from silver to green to the smoky blue of the shadows on the road below. The light trickled down through the branches and shot upward in sudden spurts when it hit a clump of ferns that became a fountain of green rays. It gave her pleasure to watch the motion of the light over a stillness where nothing else could move.

…The cabin was far from any traveled road; it had remained as her father had left it. She cooked her meals on a wood-burning stove and gathered the wood on the hillsides. She cleared the brush from under her walls, she reshingled the roof, she repainted the door and the frames of the windows… She planted a few seeds of nasturtiums and morning glories, to see one spreading slowly over the ground and the other climbing up the tree trunks, to see them grow, to see progression and movement.

…She felt it more clearly than ever this morning: the certainty that the ugliness of the men in the city and the ugliness of her suffering were transient accidents — while the smiling sense of hope within her at the sight of a sun-flooded forest, the sense of an unlimited promise, was the permanent and the real.

Wait a minute. Colorful, sunlit forests? Flowers spreading across the ground? These passages are coming perilously close to saying that Dagny appreciates the beauty of nature. That’s something that a good Objectivist isn’t supposed to do.

According to Anne Heller’s biography Ayn Rand and the World She Made, Rand said that loving mountains or the ocean (or presumably the woods?) was “a rejection of ‘man'” [p.229]. To her mind, nature was only valuable insofar as it could be treated as a source of profit. The philosophically proper thing for a Randian to do with property like this would be to cut down the trees for timber, strip-mine the land for any valuable ores it might contain, and then plaster ads and billboards all over everything that’s left. As we’ve previously seen, Dagny refers to people who admire the sight of pristine wilderness as “the people I hate“. Has she forgotten that in this scene? Is she becoming one of those people?

Dagny occasionally goes into town for supplies, but like the people of Starnesville, the people of Woodstock exist in a state of dull, lethargic apathy:

The only store was a wooden hovel, with spider-eaten corners and a rotted patch in the middle of the floor, eaten by the rains that came through the leaking roof. The storekeeper was a fat, pallid woman who moved with effort, but seemed indifferent to her own discomfort. The stock of food consisted of dusty cans with faded labels, some grain, and a few vegetables rotting in ancient bins outside the door. “Why don’t you move those vegetables out of the sun?” Dagny asked once. The woman looked at her blankly, as if unable to understand the possibility of such a question. “They’ve always been there,” she answered indifferently.

In Rand’s view, without True Capitalists around to tell them what to do, average people barely even have the wherewithal to feed themselves, much less provide for their own needs. It’s no wonder she was contemptuous of democracy. What I wonder is the direction of causation: did she form her low opinion of humanity first and then settle on libertarian feudalism as a solution, or did she decide that the handful of wealthy deserved to rule and then reason backwards to a politics that gave them the right to do that?

Unable to bear life under a socialist regime, Dagny’s set herself the mission of living in exile until she no longer feels any desire to work at Taggart Transcontinental. But her restless mind keeps betraying her with ideas for how the region could be industrialized, which she ruthlessly stifles:

Driving back to the cabin, Dagny looked up at a mountain stream that fell with ferocious force down a sheer granite wall, its spray hanging like a mist of rainbows in the sun. She thought that one could build a hydroelectric plant, just large enough to supply the power for her cabin and for the town of Woodstock — Woodstock could be made to be productive — those wild apple trees she saw in such unusual numbers among the dense growth on the hillsides, were the remnants of orchards — suppose one were to reclaim them, then build a small spur to the nearest railroad — oh, stop it!

I wrote a while ago that even though this is a book about business, we rarely see what the protagonists do on a day-to-day basis. This section suggests a reason for that: for all that she idolized capitalism, Ayn Rand didn’t know much about how it actually works. Her apparent belief that you could always start an industry anywhere and make it profitable is an illustration of that.

So, let’s talk about economics. Say you’re planning to build a hydroelectric power plant in this tiny, rural town. How much power will it generate? If it’s a small plant, as this passage implies, then you have to charge more for each kilowatt-hour to cover your costs and overhead. It could well be the case that any power plant which only supplied Woodstock would be unprofitable because bigger plants a long way away could sell power to the town more cheaply.

And what about those orchards? It’s a nice thought that you could establish a profitable fruit business, but depending on the length of the growing season, the local climate and the costs of labor, it’s possible that Woodstock would never be able to compete with growers in, say, California or Mexico. Even apples which were grown halfway around the world in New Zealand or Chile, and transported in refrigerated shipping containers to delay ripening, could well be cheaper in the Woodstock market than apples grown and picked right outside of town!

This is the exact dilemma that many former factory towns around the U.S. have found themselves in, as employers pack up and move where labor is cheaper. A town may end up poor, not because its people don’t want to work, but because they can no longer compete.

This is a contradiction Ayn Rand never comes to terms with. On the one hand, she believes in ruthless, law-of-the-jungle competition where the losers will be mercilessly crushed. On the other, she believes that success is purely a matter of willpower, and that anyone can build a thriving business if they really want to – that economic failure only stems from lack of motivation, never from an inability to compete.

Now, there’s one argument for Dagny’s scheme that the book doesn’t make: local businesses offer greater self-reliance and sustainability. Local power plants make you less dependent on the national grid, while local farms make a town less reliant on a complex and fragile globalized supply chain. Local-purchasing advocates also argue that shorter distances to market save on energy and cut pollution, and that it’s easier for consumers to check working conditions for themselves in a business that’s near their town rather than one halfway around the world. But these are all moral arguments that revolve around buying something because it’s the ethical choice, rather than because it’s the lowest possible cost. It seems doubtful that a true Objectivist could defend a buying choice because it has benefits that are harder to measure in dollars.

December 24, 2014
The Frozen River: A Humanist Sermon
Next Post

December 29, 2014 A Christian vs. an Atheist: On God and Government, Part 9
Recent Comments
0 | Leave a Comment
Browse Our Archives
get the latest from
Nonreligious
Sign up for our newsletter
POPULAR AT PATHEOS Nonreligious
1