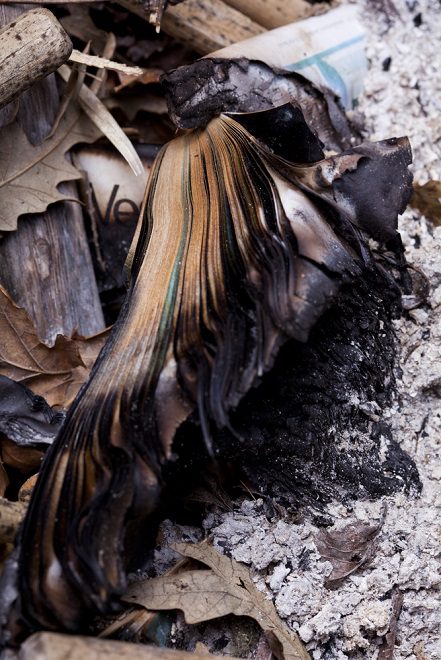 On top of all the other atrocities they’ve committed, we have to add another entry to the list of ISIS’ crimes against the human race: their penchant for destroying ancient relics and other historical artifacts in the cities they’ve conquered. While it’s not comparable to the mass slaughter of human beings, this cultural vandalism stands out for its sheer senselessness. Like the Taliban fanatics who dynamited the monumental Buddhas of Bamiyan, or the militants of Ansar Dine who destroyed the historic Sufi tombs of Timbuktu, the warlords of ISIS claim that their religious beliefs, which forbid the worshipping of idols, require them to smash, purge and annihilate the remnants of history in the territory they control. But in the Levant, the scale of destruction has been even greater.

Earlier this year, ISIS ransacked museums, libraries and the main university in the Iraqi city of Mosul, burning thousands of rare maps and manuscripts that dated back to the Ottoman Empire and that had survived the U.S. invasion of Iraq and the ensuing civil strife. People who live in the city told journalists that the militants had made huge bonfires with books on science, history and philosophy. Teachers at Mosul University also reported that classrooms have been turned into trash heaps and impromptu barracks for gunmen. The few departments that have been allowed to remain open have been turned into gender-segregated theocracies overseen by fundamentalist enforcers.

ISIS militants also committed appalling acts of destruction in the Mosul Museum, gleefully making videos of themselves drilling and smashing millennia-old Assyrian statues. Possibly even worse, there are reports that they’ve used heavy machinery to level the ancient archaeological sites of Nimrud and Hatra, bulldozing statues, temples and palaces dating back to the first century CE.

It’s a very small consolation that some of the relics ISIS destroyed, apparently unbeknownst to them, were copies; the originals had already been spirited away to safety. It also seems to be true that, despite their public show of destroying “idolatrous” relics in the name of Islam, they’re hypocritically selling some on the black market to finance their continued depredations. But even so, the damage is still done: unique collections broken up, artifacts deprived of priceless context, vanishing into the private holdings of unscrupulous or careless collectors, possibly never to be seen or studied again.

As is almost always the case with Islamist terrorism, the people who’ll suffer the most from this are other Muslims. The archaeology of Europe or the Americas is at no risk from ISIS. But the people of Iraq and Syria, and indeed all the countries of the Middle East, are witnessing their heritage destroyed, their history erased. Their past has become smoke, rising to the heavens in a curl of ash. No matter how long this war drags on or whether it’s brought to a close, these are wounds that can never be healed, self-knowledge that can never be regained once lost.

Of course, at some level all of humanity is diminished by this vandalism. Ultimately, we’re all part of the same cultural fabric, and tearing holes in it impoverishes everyone. This is especially true when the destruction is being waged in the land that cradled some of the world’s great civilizations.

Think of the vast gulfs of time these relics have crossed, the catastrophes they’ve survived, the twisting chains of chance and fortune that brought them down to us. If these stones could speak, they’d tell us of the rise and fall of civilizations, the clash of empires, the ebb and flow of human migration. They testify to the swirling accretion of knowledge and folklore, the arduous climb up from the darkness of ignorance, the long and winding path our ancestors trod. The marks of hammer and chisel on their surfaces part the veil of millennia and bring us in contact, however fleeting, with the hands of the craftspeople who created them. Think of all the secrets they’ve told, and all the ones they had yet to reveal – now gone, lost, turned to dust. Like Shelley’s Ozymandias, all that’s left are lone and level sands that stretch far away.

What can we say of the gleeful fanatics who did this? What can we say on behalf of the people who exult and boast while reducing priceless artifacts to rubble, who are eager to rob themselves of their own past? I like to believe that nothing human should be strange to me, but this fundamentalist’s mindset defies my comprehension. It’s as if they want to strip themselves of everything human: to purge all the depth and color from life, everything that makes us the complex and multihued beings we are, and leave behind nothing but the flat, black-and-white two-dimensionality of words on a page.

March 13, 2015 Atlas Shrugged: The Rapture of the Capitalists
Recent Comments
0 | Leave a Comment
"I can at least attempt to give you a start.The Berkeley Archive is here. You ..."
abb3w Will ‘Nones’ Bring a Progressive Future?
"Well, at least y'all cain't blame Me fer smitin' y'all with global climate disruption, eh. ..."
Gord O'Mitey America’s Climate Exodus Is Just Beginning
"Is there some secular counterpart of religious conservatism? Like being "pro-family", anti-abortion, anti-homosexuality, etc. I ..."
Loren Petrich Will ‘Nones’ Bring a Progressive Future?
"A few months after Hurricane Katrina struck New Orleans, I went to Turkey. Among other ..."
Justine Valinotti America’s Climate Exodus Is Just Beginning
Browse Our Archives
get the latest from
Daylight Atheism
Sign up for our newsletter
POPULAR AT PATHEOS Nonreligious
1