Christian fundamentalists who oppose same-sex marriage, or who attack the identities of transgender people like Caitlyn Jenner, tend to cite one biblical verse more than any other:

Christians who cite this passage, like San Francisco archbishop Salvatore Cordileone or the Duggars’ pastor Ronnie Floyd, use it to support their belief in separate and immutable genders with fixed roles:

“Gender is not fluid. God made you male or female. There’s no fluidity to that.”

The problem with this theology is that, as an assertion of fact, it’s flat-out false – no different than the biblical verses which say that the Earth is flat and motionless. Gender fluidity and ambiguity is an incontestable reality in the human species, even without considering transgender people whose transition is in some sense a choice. I’m referring to people who are intersex, possessing a mosaic of male and female characteristics that are difficult or impossible to unambiguously assign to either biological sex. (The older term “hermaphrodite” is considered inaccurate and usually seen as derogatory.)

Intersexuality has many different causes and can manifest in different ways. There’s androgen insensitivity syndrome, in which the body’s cells don’t respond to masculinizing hormones such as TDF that are produced during fetal development. A person with this condition can be genetically XY but physically female. 5-alpha-reductase deficiency is a similar condition which results in people who have female sex characteristics but internal testicles, which are often capable of producing sperm. Congenital adrenal hyperplasia can have the opposite effect, with people who are genetically XX but have masculine sex characteristics.

There are also people born with ambiguous genitalia, including ovotestes, gonads which contain both ovarian and testicular tissue. Some of these cases are idiopathic, having no known cause (the intersex activist Cheryl Chase is one example). All told, estimates are that about 1% of people are born with some degree of sexual ambiguity, and about 0.1% exhibit it to a profound degree.

Historically, parents of intersex children have often demanded surgery shortly after birth to make their children more closely resemble one sex or the other. This is a terrible idea, since they may find as they grow up that their internal gender identity doesn’t match the biological sex they were assigned to, with traumatic results. As with circumcision, it seems like a good principle that we shouldn’t perform medically unnecessary cosmetic surgeries on infants who can’t consent.

If you hold a naturalistic worldview, there’s nothing philosophically difficult or confusing about any of this. Human beings are complex machines made of atoms, who develop according to an intricate pattern of biological instructions that are, as in all living things, subject to variation arising from random chance. There are no bright lines in evolution, no points of disjunction where a living being ceases to be one thing and becomes another; everything in nature grades imperceptibly into everything else. “Male” and “female” are nothing more than human abstractions, imposed on an underlying reality that knows nothing of such sharp demarcations.

But for theists who believe that gender is a fundamental Platonic reality, the existence of intersex people must be a terribly confusing and threatening fact. Most of them deal with it by simply refusing to acknowledge that the condition exists (although there are honorable exceptions, like this column from Jonathan Merritt). Others go so far as to denounce intersexuality as “a new weapon against the purity of Christ’s church” – a chilling example of the fanatic’s mindset which seeks to purge anything it can’t easily understand or explain.

June 8, 2015
If You Promote a Story That Turns Out to Be False, Don't You Have an Obligation to Correct It?
Next Post 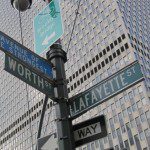 June 12, 2015 Atlas Shrugged: One Steve Limit
Recent Comments
0 | Leave a Comment
Browse Our Archives
get the latest from
Nonreligious
Sign up for our newsletter
POPULAR AT PATHEOS Nonreligious
1