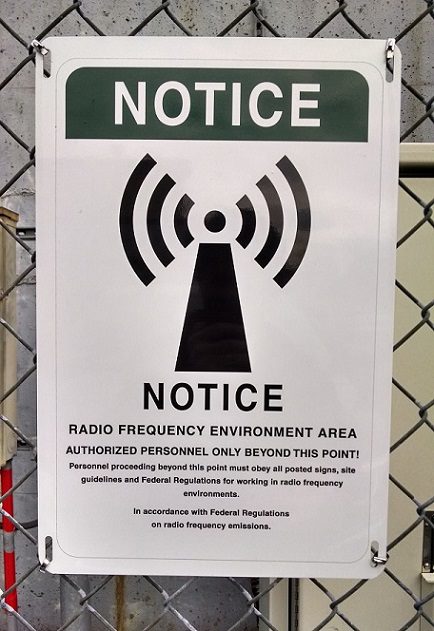 It’s a fact that allergies are becoming a bigger and bigger problem in Western society. An ever-widening array of foods – milk, eggs, peanuts, shellfish – have become dangerous to many people, sometimes life-threateningly so. Even traditional societies that adopt a Western lifestyle start to develop allergies along the same pattern. It’s unknown what’s causing this, although one explanation is the “hygiene hypothesis“: children who grow up in contact with nature are exposed to a greater variety of pathogens, and this helps teach their immune system what to attack and what to tolerate, whereas children who live a sanitized Western lifestyle wind up with unseasoned immune systems that overreact to harmless irritants.

This isn’t taken seriously by the scientific community, to put it politely. Unlike conventional allergies, which can be detected by a standard skin prick or blood antigen test, there’s no objective test for electrosensitivity; the condition is based entirely on people’s subjective reports of how they feel. In double-blind tests, people who claim to be electrosensitive have repeatedly failed to tell the difference between an EMF-emitting device that’s switched on and one that’s turned off.

What’s more, these claims conflict with well-established science. Simply stated, there’s just no plausible mechanism by which these fields could affect the human body. Cell phones and wi-fi signals work by means of radio waves, which don’t interact with human tissue; they pass right through us without being deflected or absorbed. Most non-conductive materials are transparent at radio wavelengths, which is why we use them for communication – it’s why radio broadcasts and cell phone signals can travel through walls. (It’s also why the related claim of cell phones causing cancer is scientifically unfounded. Only ionizing radiation, like X-rays and gamma rays, have enough energy to damage DNA.)

Even if there were something in the human body that was sensitive to radiation, the question is why this should be a new problem. The radio waves used by wireless technology are no different from the radio waves that carry AM and FM signals, ham radio, GPS, and radar – the same kind that human technology has used for decades. The Sun bathes the planet in radio waves and other kinds of electromagnetic radiation as well, yet no one seems to be complaining about that (unless you count sunburns).

But in spite of lacking evidence to back up their claims, people who claim electrosensitivity have proven to be an eager and lucrative market for quack products – including, yes, literal tinfoil hats. Other sufferers have gone so far as to move to Green Bank, West Virginia, a federally mandated quiet zone where cellular and wireless signals are banned, so as not to interfere with the super-sensitive radio telescopes of the National Radio Astronomy Observatory.

None of this is to say that all electrosensitivity sufferers are crazy. It’s possible that their illness is all in their heads (the nocebo effect), but it’s also possible that they’re suffering from something, they’re just mistaken about what the cause is. Unfortunately, as with all pseudosciences, their obsession with a fictitious problem lets unscrupulous charlatans take advantage of them, while impeding the real scientific research that might genuinely help.

June 5, 2015 Atlas Shrugged: The Post-Scarcity Economy
Recent Comments
0 | Leave a Comment
Browse Our Archives
get the latest from
Daylight Atheism
Sign up for our newsletter
POPULAR AT PATHEOS Nonreligious
1

When the dust settles after Biden wins, we’ll...
Donald Trump has taken a wrecking ball to the U.S. republic largely...
view all Nonreligious blogs
What Are Your Thoughts?leave a comment
Copyright 2008-2020, Patheos. All rights reserved.