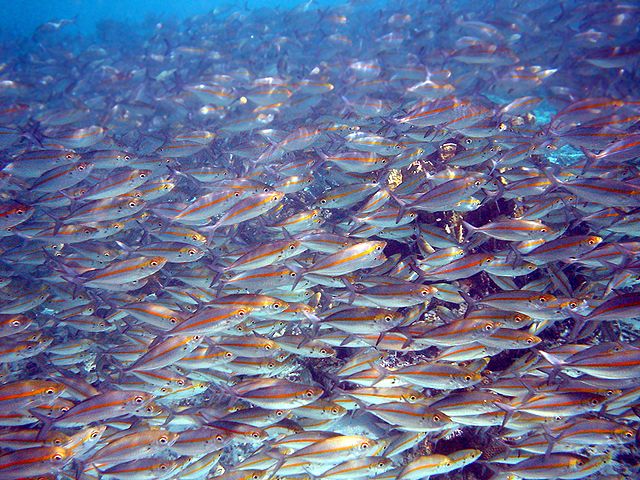 Although Galt’s Gulch is the fullest picture of a capitalist utopia that Ayn Rand ever presents, in this book or any other, she’s frustratingly vague or inconsistent about some of the crucial details. We’ve seen that it’s somehow organized so there’s no real competition. We’ve also asked why Mulligan sells land to the others, rather than living off rents like a feudal lord which, according to Objectivist morality, he’d have every right to do.

For another thing, Rand said elsewhere that a true Objectivist state would have a minimal government, just to prevent crime and enforce contracts. But Galt’s Gulch has no government at all, and according to Midas Mulligan, it doesn’t need one:

“We are not a state here, not a society of any kind — we’re just a voluntary association of men held together by nothing but every man’s self-interest… Judge Narragansett is to act as our arbiter, in case of disagreements. He hasn’t had to be called upon, as yet. They say that it’s hard for men to agree. You’d be surprised how easy it is — when both parties hold as their moral absolute that neither exists for the sake of the other and that reason is their only means of trade.”

This is another instance of the bizarre, effortless solidarity that Rand’s protagonists exhibit. Despite being fiercely selfish individualists, they think and act in perfect unison, like a school of fish. Their agreement is so total that even though Judge Narragansett is there to arbitrate disputes, they’ve never needed him. (What does he do to earn a living, then? Don’t ask.)

Even so – and this goes to what I said about critical details being frustratingly absent – we never see how they get along with each other in practice. The Gulchers all live in individual log cabins and run their own small businesses, making everything they need by hand. If there’s any sort of public works here – any undertaking that’s beyond the ability of a single person to build or pay for – we never see it. And Rand stacks the deck in her characters’ favor by making the valley so conveniently perfect that they never have to work together. No obstacle or challenge comes along that would put their capacity for cooperation to the test.

None of their fields, for example, require a river to be diverted or a dam built for irrigation. There are no swamps that have to be drained so they can be converted into productive farmland. No bridges, tunnels or canals need to be built. While there are roads, it’s unclear where they come from; John Galt drives on them freely, we never see a toll booth. And while it’s probably safe to assume the characters make arrangements, we’re never told if they have sewer lines or a sewage treatment plant. (When public sanitation systems were first proposed, The Economist attacked the idea as evil socialism. Seriously.)

But no matter how perfect the valley is, if they’re planning to recolonize the outside world, they’ll eventually need projects like these. The great skeptic David Hume saw the problem three hundred years ago, in his A Treatise of Human Nature:

“Two neighbours may agree to drain a meadow, which they possess in common; because it is easy for them to know each other’s mind; and each must perceive, that the immediate consequence of his failing in his part, is, the abandoning the whole project. But it is very difficult, and indeed impossible, that a thousand persons should agree in any such action; it being difficult for them to concert so complicated a design, and still more difficult for them to execute it; while each seeks a pretext to free himself of the trouble and expense, and would lay the whole burden on others.”

Anticipating later ideas about the tragedy of the commons, Hume thought it was impossible that a thousand people would ever independently agree to cooperate on anything. This makes it especially ironic that the same figure was cited by Ayn Rand in her answer to a question about how many people live in Galt’s Gulch:

“Galt’s Gulch is not a society; it’s a private estate. It’s owned by one man who carefully selected the people admitted. Even then, they had a judge as an arbitrator, if anything came up; only nothing came up among them, because they shared the same philosophy. But if you had a society in which all shared in one philosophy, but without a government, that would be dreadful. Galt’s Gulch probably consisted of about, optimistically, a thousand people who represented the top geniuses of the world. They agreed on fundamentals, but they would never be in total agreement. They didn’t need a government because if they had disagreements, they could resolve them rationally.”

You can judge for yourself whose ideas are more in accord with history, with human nature: Hume, who thought that humans’ inevitable selfishness and laziness would lead to the collapse of collective endeavors without the power of a government to harness the popular will; or Rand, who argued that if people just say the word “reason” often enough, they’ll magically become able to agree about everything, without forsaking the smallest particle of self-interest.

Notwithstanding Rand’s claim that Galt’s Gulch isn’t a society, it’s hard to see how it can avoid the problems that always arise when people live in close proximity. We’ve seen that there’s no zoning or other restrictive regulation here, which means that businesses which pollute or create other nuisances will inevitably collide with others’ property rights. What if the smog from Ellis Wyatt’s oil works was poisoning Richard Halley’s orchards? What if Ted Nielsen planned to cut down every last tree, but Francisco d’Anconia liked looking at the woods from his front window? What if the stench from Dwight Sanders’s pig farm or the round-the-clock racket of noise from Andrew Stockton’s foundry was making John Galt’s house uninhabitable? Whose property rights trump whose in these situations? The mindless repetition of the maxim “reason is the only means of trade” can’t solve this.

Even harder to understand is how the Gulchers would respond to a danger that requires collective action. Rand placed Galt’s Gulch in the high wilderness of Colorado, but her fictional Colorado is a virtual Garden of Eden, with limitless natural resources and a pleasant climate year-round. The real Colorado isn’t nearly so obliging, especially now that it’s feeling the effects of climate change.

Colorado has been grappling with severe drought, which has sparked vicious fights among homeowners and farmers over who owns the water. Due in part to the drought, the annual wildfire season has become so terrible that some people have proposed just letting fires burn all summer, until they’re put out by the autumn rains. Other towns are drilling for the evacuation of all their residents in case the Big One hits.

If the valley was parched by a drought, would water be rationed? Who would decide how it was distributed? And what would stop the people who live upstream from just taking all the water for themselves?

Or if a raging wildfire threatened Galt’s Gulch, who would fight it? Fighting a fire not only requires tightly coordinated collective action, it also means sometimes making hard decisions about what to save and what to let burn. If every landowner tried to rescue only his own property – or if a privatized fire department only protected the people who paid the most – it’s possible that the whole valley would be destroyed, whereas a triage approach that sacrificed some homes could make it possible to save the rest. And what if the Gulch was struck by a plague? Who would have the power to implement a quarantine?

A majoritarian democracy can solve these challenges because it doesn’t need unanimous consensus to act. An anarchy like this one, where a single stubborn person has near-limitless power to impede and interfere with others’ plans, will only survive as long as there’s no threat requiring large-scale action. It may be no coincidence that we only ever see a brief, limited glimpse of life in Rand’s imaginary utopia.