The World in the Dark 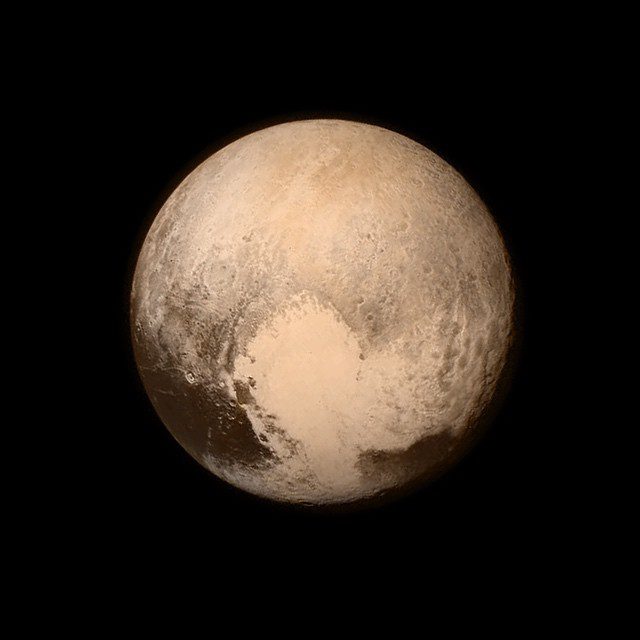 Human beings have always been explorers, and this week, we pushed the boundaries of our exploration one step further. NASA’s far-roving New Horizons spacecraft has completed the most important phase of its mission, making the first-ever close-up observations of Pluto.

New Horizons was launched on January 19, 2006 (which means the mission is just a bit older than this blog!). It’s flown a nine-year, three-billion-mile course through the solar system, making its closest approach to Pluto on July 13, 2015 at 11:49:57 AM UTC time – just 72 seconds ahead of NASA’s prediction – and beaming back confirmation of its survival a few hours after that. (It’s worth noting how many women scientists and engineers played a part in this triumph.)

Like the Voyagers, New Horizons was a flyby mission. Given the immense speed that the spacecraft is traveling – 31,000 miles per hour, literally faster than a rifle bullet – it wouldn’t have been feasible to slow down and go into orbit. After those long years of travel, its primary mission was over in a matter of hours, as it raced past Pluto and into the vastness beyond. Even so, it’s already sent back the first high-resolution images of this distant world in the dark at the edge of the solar system, and it will send far more data from its observations in the months to come.

And already, what we’ve seen is a catalog of wonders. Pluto isn’t an icy, featureless snowball, as one might have expected, but a mottled, colorful, orangish-brown world. (Scientists believe the color is because of tholins, hydrocarbon compounds produced by ultraviolet light reacting with organic molecules, which also exist on Saturn’s moon Titan and give it a similar color.) It has a complex topography: impact craters, mysterious dark bands along its equator, a huge bright feature that looks strikingly like a heart (probably shiny, reflective nitrogen snow). Pluto’s moon Charon, which the spacecraft also observed, has enormous chasms, larger than the Grand Canyon.

It was just months after New Horizons blasted off from Earth that Pluto was famously demoted. It was originally classified as the ninth planet, but with time and better observations, astronomers realized it bore little resemblance to the other eight and more resemblance to the icy, irregular bodies that roam the outer reaches of the solar system beyond the orbit of Neptune. Other trans-Neptunian objects very like Pluto have been discovered and named since: Eris, Haumea, Makemake, Sedna, Quaoar, Orcus. But Pluto was the first, and the largest (as proven by New Horizons’ observations), and it still exerts a pull on our imaginations. In a way, our arrival there closes the chapter in space exploration that began when we first looked at the planets through our telescopes.

I wonder what it says about us that we do this. Why send New Horizons to Pluto, or the Curiosity rover to Mars, or the Philae lander to a comet?

There are scientific objectives, to be sure. We’ll likely learn more about the composition of our solar system, gain more clues as to how it formed, draw a better map of what lies beyond the circling light of our sun. But none of those discoveries will change our day-to-day lives the way that earthbound scientific research can and has. Even if we found alien microbes on one of these distant shores, it would be a discovery of immense scientific importance but little practical value. Unless New Horizons detects, say, a giant black monolith reared on the Plutonian plain, it’s unlikely to tell us anything that makes an immediate difference to our lives or changes our perception of our place in the universe.

No, the reason we go to Pluto is for pure intellectual curiosity’s sake. We go because we’ve never been there, and we want to know what it’s like. We go because we feel the pleasure of accomplishment when we exceed the scientific and technological reach of our predecessors. We go because we derive satisfaction from looking at the pictures and beholding a landscape that’s never been seen by anyone, and knowing we live at the very first moment in human history when it was possible to see it.

And why not? Curiosity is a far better motive than most of the things we spend money on. It’s far better than militarism, or nationalism, or vanity, or the desire to accumulate possessions. Throughout the span of human history, those lesser motives have often guided us, and too often hampered us. But, thankfully, there’s no profit and no conquest in space – nothing to exploit, nothing to weaponize, and no glory but the glory of discovery. Out of all the things that drive us, it’s curiosity and curiosity alone that will take us to the stars. 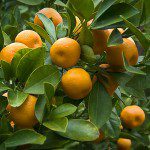 July 17, 2015 Atlas Shrugged: The Lilies of the Field
Recent Comments
0 | Leave a Comment
Browse Our Archives
get the latest from
Nonreligious
Sign up for our newsletter
POPULAR AT PATHEOS Nonreligious
1