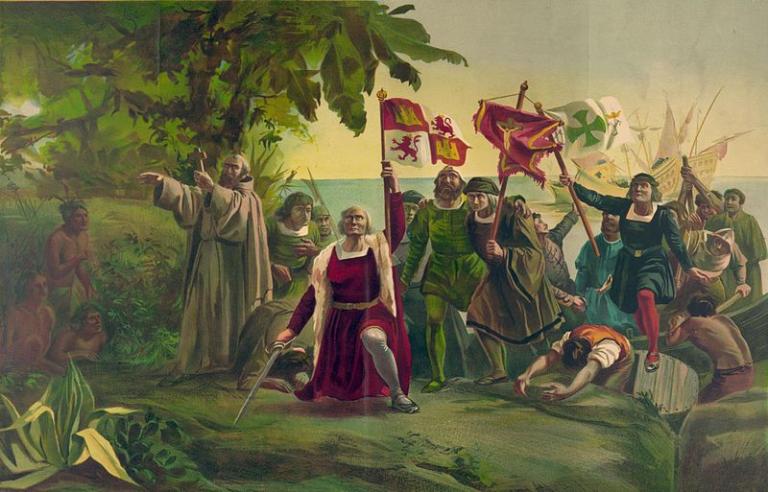 Now that his brief moment of genuine, appropriate emotion is over, Francisco goes back to doing what he does best – delivering Randian Monologues. In this one, he explains to Dagny how he joined John Galt’s conspiracy:

“Dagny, when I took over my father’s business, when I began to deal with the whole industrial system of the world, it was then that I began to see the nature of the evil I had suspected, but thought too monstrous to believe. I saw the tax-collecting vermin that had grown for centuries like mildew on d’Anconia Copper, draining us by no right that anyone could name — I saw the government regulations passed to cripple me, because I was successful…

And then I saw that the whole industrial establishment of the world, with all of its magnificent machinery, its thousand-ton furnaces, its transatlantic cables, its mahogany offices, its stock exchanges, its blazing electric signs, its power, its wealth — all of it was run, not by bankers and boards of directors, but by any unshaved humanitarian in any basement beer joint, by any face pudgy with malice, who preached that virtue must be penalized for being virtue, that the purpose of ability is to serve incompetence… I knew it. I saw no way to fight it. John found the way… He stepped to the window and pointed at the skyscrapers of the city. He said that we had to extinguish the lights of the world, and when we would see the lights of New York go out, we would know that our job was done.”

In Ayn Rand’s topsy-turvy mirror universe, “unshaved” and “pudgy” basement-dwellers wield more power than genius inventors, jetsetting playboy aristocrats and multimillionaire executive one-percenters. This bizarre claim is presented as if it were self-evidently true, and none of her characters ever voice any curiosity about how this could be so. It also never crosses their minds that they ram through dangerous plans with the express intent of upsetting people, pass up every chance to defend their actions in public, and then can’t understand why others don’t like them.

But the real question is why Dagny is only hearing this now. Only after she finds Galt’s Gulch – on her own, by accident – does Francisco divulge the whole truth to her. He never explains, here or anywhere else, why he never told her all this before. Yes, we’ve seen that he has a habit of timing his visits so they’re interrupted by convenient disasters, but why didn’t he come to her as soon as John Galt recruited him? Why did he ever keep this whole grand scheme a secret from the love of his life?

The only possible answer is, “If he hadn’t, Ayn Rand couldn’t have written a 600-plus-page mystery plot where Dagny and Hank wonder why all the capitalists are disappearing,” but of course that explanation makes no sense in-story. It’s a plot hole that the author left wide open just for the sake of dragging out the drama.

“Do you remember that old slogan: ‘The king is dead, long live the king’? When the carcass of my ancestors’ property is out of the way, then my mine will become the young new body of d’Anconia Copper, the kind of property my ancestors had wanted, had worked for, had deserved, but had never owned.”

“Your mine? What mine? Where?”

“Here,” he said, pointing toward the mountain peaks. “…I own a copper mine that the looters won’t reach. It’s here, in these mountains. I did the prospecting, I discovered it, I broke the first excavation. It was over eight years ago. I was the first man to whom Midas sold land in this valley. I bought that mine. I started it with my own hands, as Sebastian d’Anconia had started.

…Sebastian d’Anconia committed one error: he accepted a system which declared that the property he had earned by right, was to be his, not by right, but by permission. His descendants paid for that error. I have made the last payment.”

Rand once again goes out of her way to make things easy on her protagonists, as their secret valley has abundant deposits of oil, iron and copper, plus a climate good for growing anything, up to and including citrus trees. (In the real U.S., copper comes from Arizona and New Mexico, not Colorado.) It’s like what TV Tropes calls an Eigen Plot, which is carefully tailored to have one element appropriate to the skills of each of the heroes.

But more important, this passage points out something that libertarianism has a very hard time answering. Namely, how does the original owner of property acquire a claim to it?

Or, to look at it from the other end: There was a time when there was no property on earth. How did this change? Who was the first person to point at a fertile river valley or a rich vein of iron ore, and say, “This is mine, and no one else can use it without my permission”? And by what right did he enforce his claim?

One answer, following Thomas Hobbes, is that primitive people freely agreed to form a state for mutual benefit and protection, and that the state sets rules for the acquisition of private property. But that isn’t a solution that’s available to Ayn Rand, because it means that property is a creation of the state and can be granted conditionally or confiscated. As we’ve just seen, Rand rejects this, saying that it was an error for Francisco’s ancestors to accept this idea.

A more historically accurate, but even less libertarian-friendly, answer is that property arose from plunder and conquest. Unowned land became owned when someone conquered it, asserting the right to keep others out by violence. And those initial owners passed it down through the ages – the tribal elders and chieftains became feudal lords and kings, who gave rise in turn to parliaments and corporations.

All the holdings of the modern world originate in this chain of contingency. Even if parcels of property are now bought and sold peacefully, they only became someone’s property in the first place through some long-ago act of violent conquest. This means that there are – there must be – countless people and institutions who are rich not because of their superior ability to invent and trade, but because their ancestors were willing to enslave and kill people. One vivid example is the cathedral of Seville in Spain, which boasts lavish silver and gold decoration that was undoubtedly looted from the Native Americans by Spanish conquistadors. And the United States only exists as it does because of the native people who were massacred and dispossessed.

This is a problem for libertarians who believe that initiation of force is always illegitimate. If you believe that, you also have to believe that the present distribution of wealth is unjust – tainted by the violence that gave rise to it. Julian Sanchez, a libertarian himself, says that this is “one of those elephants in the room that anarchist and minarchist libertarian thinkers alike have tended to give conspicuously short shrift”. He adds that it can’t be ignored in discussing a libertarian state: “the Year Zero approach that just takes current holdings as given and proposes Entitlement Theory Starting Tomorrow have always struck me as the sort of ad hoccery that makes caricatures of libertarianism as an elaborate rationalization for privilege more plausible than they ought to be”.

Of all the libertarian writers who shy away from this question, Ayn Rand came closest to addressing it. But her answer is horrifyingly racist and imperialist. What she said is that, if you believe in her brand of capitalist ideology, you’re entitled to violently conquer and kill those who don’t and take their land for yourself. That’s no joke, it’s something she actually said late in life, during a Q&A session at West Point:

“As to the Indians, I don’t even care to discuss that kind of alleged complaint that they have against this country. I do believe, with serious scientific reasons, the worst kind of movie that you have probably seen — worst from the Indian viewpoint — as to what they did to the white men. I do not think that they have any right to live in a country merely because they were born here and acted and lived like savages.

… I will go further. Let’s suppose they were all beautifully innocent savages, which they certainly were not. What was it that they were fighting for, if they opposed white men on this continent? It was their wish to continue a primitive existence; their right to keep part of the Earth untouched, unused, and not even as property but just keep everybody out so that they could live practically like an animal. Or, maybe, a few caves about. Any white person who brings the element of civilization had the right to take over this country. And it is great that some people did…” (source)

So much for being against the initiation of force.

As I’ve pointed out elsewhere, this isn’t just appallingly racist, it’s flat-out false. Not only were the Native Americans the ones who taught settlers how to be productive and to survive, they had their own huge, sophisticated civilizations on this continent long before Europeans arrived. They practiced agriculture and landscape management on a grand scale. They had settlements of every size, from small villages to great cities. They had monumental architecture, extensive road networks, aqueducts and canals, public fountains and irrigation systems. They had well-organized governments, armies, civil service systems. Yet modern-day Objectivists, not just Ayn Rand herself, continue to argue in deadly earnest that the Native Americans were all just “squatters” and that the land they were living on was “unowned”, and therefore that the genocide committed against them was justified.