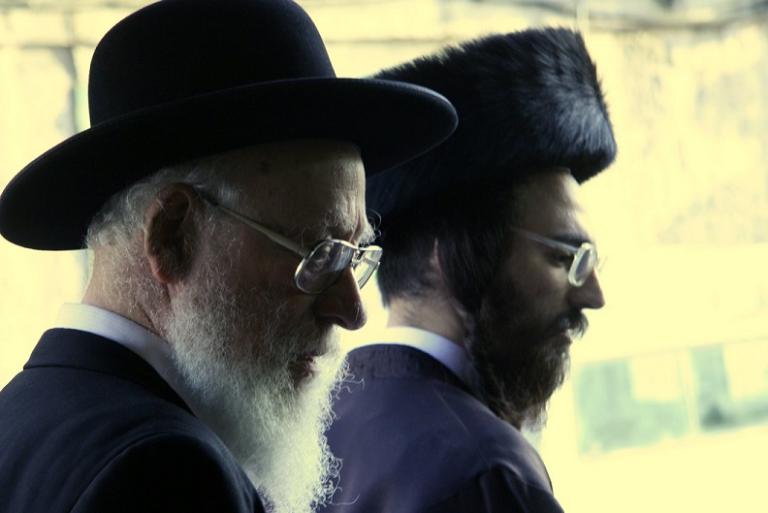 Last month, a religious fundamentalist attacked a gay-pride parade in Jerusalem, stabbing six people. One of them, a teenager named Shira Banki, later died from her wounds. The attacker, identified by police as Yishai Schlissel, is an ultra-Orthodox Jew who had previously stabbed three people at another gay-pride parade in Jerusalem in 2005, for which he was convicted and sentenced to ten years in prison. Just three weeks after his release, he apparently did it again. Horribly, a photographer captured the moment of the attack, including a photo of the assailant reaching into his coat for the knife.

This story, as well another attack in which right-wing Jewish nationalists firebombed a Palestinian home in the West Bank, killing an 18-month-old boy, have belatedly provoked a debate about the shadow of violent Jewish fundamentalism looming over Israel. Critics have asked why the government didn’t bulldoze Schlissel’s home, a means of collective punishment that Israel has used against the families of Palestinian terrorists. That notwithstanding, the government has for the first time ever begun to use “administrative detention” laws, which allow suspected terrorists to be imprisoned without trial, against Jewish extremists. Some of the first targets are young fundamentalists belonging to a militant group calling itself the Revolt:

The extremists’ working plan calls for fomenting unrest to bring about the collapse of the State of Israel, with its democratic system of government and courts, and establishing a Jewish kingdom based on the laws of the Torah. Non-Jews are to be expelled, the Third Temple is to be built and religious observance is to be enforced, initially in public spaces.

Predictably, apologists have denounced crimes like these as aberrations not representing true Judaism. Rabbi Jeffrey Salkin, for example, asserted that “pious Jews” know that the Torah forbids violence and would never do such things. It’s less clear how he reconciles this with the bloodbath of the Old Testament, in which Jewish heroes like Moses commanded genocide and other violence. Was Moses not a “pious Jew”?

Theological arguments aside, the reality is that the problem of religious extremism is far wider and deeper than many of Israel’s defenders are willing to admit. An anti-violence rally in Tel Aviv after the stabbing drew far fewer people than expected, to the chagrin of the organizers.

This violence isn’t happening now out of sheer chance. It’s a natural outgrowth of the growing influence and assertiveness of Jewish fundamentalism and nationalism, especially the medievally minded and violently intolerant ultra-Orthodox sects, which wield disproportionate political power since they vote as a bloc. A tentative plan to require them to serve in the military (as all other Israeli citizens do) was swiftly rolled back after conservative gains in the last election.

The ultra-Orthodox also exert a powerful pull on Israel’s Chief Rabbinate, the authority that controls marriage, divorce and conversion and, therefore, de facto control of who is or isn’t considered Jewish. The Reform and Conservative denominations that are popular in the U.S. scarcely register in Israel for this reason.

The ultra-Orthodox are seeking to quash other glimmers of modernity, as well. Not long ago, the Chief Rabbinate… announced that it might not renew the appointment of the influential and wildly popular Rabbi Shlomo Riskin, formerly of New York, as the chief rabbi of the West Bank settlement of Efrat. How had Riskin — a fervently Orthodox rabbi — sinned? He had suggested an alternate text to the traditional liturgy in which men thank God for not having made them a woman (a text many women understandably find offensive). (source)

Now some liberal Jews are attempting to defy the system by practicing technically illegal weddings and conversion ceremonies. It’s a brave attempt at civil disobedience, but I question whether it’s too little, too late. This cancerous fundamentalism has already spread farther and faster than any outsider realized, and it’s eating away at Israel’s democracy from within. It may well already be past the point where defenders of liberalism and secularism have a chance of turning the tide. Israel’s constitution proclaims the country a “Jewish and democratic state“, but those two qualities have always existed in uneasy tension, and the time is approaching when the people of Israel will have to choose between them once and for all.

Image: According to the photographer, these ultra-Orthodox Jews were at an open-air market in Jerusalem to force merchants to close down for the Sabbath. Photo by Asaf antman, released under CC BY 2.0 license

August 19, 2015 Should We Pity the Victims of the Prosperity Gospel?
Recent Comments
0 | Leave a Comment
Browse Our Archives
get the latest from
Daylight Atheism
Sign up for our newsletter
POPULAR AT PATHEOS Nonreligious
1