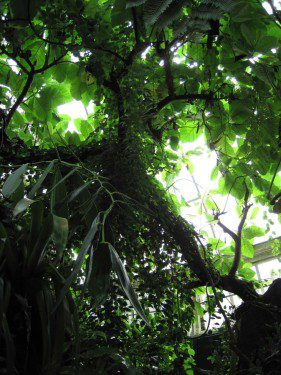 Editors’ Note: This article is part of the Patheos Public Square on the Future of Faith in America: Humanism. Read other perspectives here.

I’ve written about the future of religion and the coming secular era, but there’s another side to that coin. Namely, if religion is declining, what will happen to the non-religious? How will the secular community change as it grows and matures over the next few decades? I don’t have any special insight into the future, but we can make some educated guesses as to where current trends may lead.

Something that’s worth keeping in mind is how new the Western atheist movement is. Of course, there have been prominent historic freethinkers, but it’s only in the last twenty years or so that a true movement has begun to coalesce. A lot of the credit for that goes to a few prominent individuals, especially the so-called Four Horsemen of Richard Dawkins, Christopher Hitchens, Sam Harris and Daniel Dennett. All of them have done great things for atheist visibility: making a splash, pushing back hard against religious privilege, getting our ideas and our cause before the eyes of the public. At the same time, because they’ve often been treated as the Voice of Atheism, they’ve created the impression of the atheist community as exclusively a group of privileged, well-educated, largely academia-affiliated white men. Worse, they’ve been prone to ill-judged comments which send the message that atheism is unwelcoming or actively hostile toward women and minorities.

With these missteps holding us back, plus the fact of religion’s strong grip on many minority communities (this observation has often been made about the black community, for example), it might seem that this was how things would always be. But in the last few years, there’s convincing evidence that atheism is growing, and more importantly, it’s diversifying, attracting women and people of color in a way it never has before.

What I’m hoping to see emerge – and what I think to some extent is already happening – is a secular community that’s less focused on a few high-profile public figures. I’d like atheism to become a broad and shallow floodplain, rather than a fast-moving river: more spread-out, more decentralized, lacking any single person who’s deemed representative of the entire community or movement. Rather than a few voices rising above the rest, I’d like us to have many voices blending into a chorus.

This broadening and diversification will be a good thing for the secular movement. First of all, we’ll benefit from a plurality of voices, bringing diversity into our appeal and letting us reach out to the communities where we haven’t made as much of an impression. We’ll be less defined by the embarrassing comments of a few self-chosen or media-appointed “leaders,” and more likely to build enduring institutions that will survive and thrive after the departure of their founders.

It will also let us widen our focus. Separation of church and state and defending science education have historically been the causes atheists care about the most, and those are good causes to be sure. But there’s so much more that needs to be done. Despite a momentous Supreme Court victory, the battle for LGBT rights is far from over even in the U.S., let alone in the rest of the world. Women’s equality continues to be a cause that makes a great deal of sense for us to take up, both from a moral and from a strategic perspective. Climate change is a natural and pressing issue for people who value and promote science. Racial justice and economic inequality are deeply linked with the persistence and power of religion. A bigger, broader movement can take up any or all of these causes, as the members of its various groups and affiliated organizations see fit.

Most of all, what I hope for and foresee is a secular community that’s more engaged in doing good deeds and not just attacking religion. Criticizing the harms of faith is both good and necessary, but it can’t be all we do. That follows from our own worldview: if we believe that this life is the only one there is, then we should be doing all we can to make that life better for the billions of people we share this planet with. We should be talking and thinking more about effective altruism, and spending more time and money to build charities that help the needy. Again, this is a trend we’re already seeing, but I hope it will spread and deepen.

Until now, the atheist movement has been like a grassy plain, where the first few saplings to sprout stand out above the rest. But if the trends we’re seeing hold, we could be on the verge of a much-needed ecological succession. The fully mature secular community, like a forest of great shade-giving trees, will offer peace and comfort to all who seek shelter beneath its canopy. 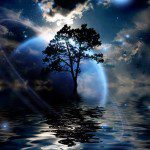 August 12, 2015 When Rationalists Reinvent Religion
Recent Comments
0 | Leave a Comment
"Half the time, it sounds like fairly standard pillow talk, along the lines of such ..."
Artaxerxes E. Clipson Atlas Shrugged: The Lion’s Share
"I quit attending the local meetings of atheists and freethinkers for this very reason. I ..."
Rhyme and Reason Will ‘Nones’ Bring a Progressive Future?
"I can at least attempt to give you a start.The Berkeley Archive is here. You ..."
abb3w Will ‘Nones’ Bring a Progressive Future?
"Australia, however, is a nation of extreme contrasts. In some ways we seeking to reduce ..."
vortexau America’s Climate Exodus Is Just Beginning
Browse Our Archives
get the latest from
Daylight Atheism
Sign up for our newsletter
POPULAR AT PATHEOS Nonreligious
1