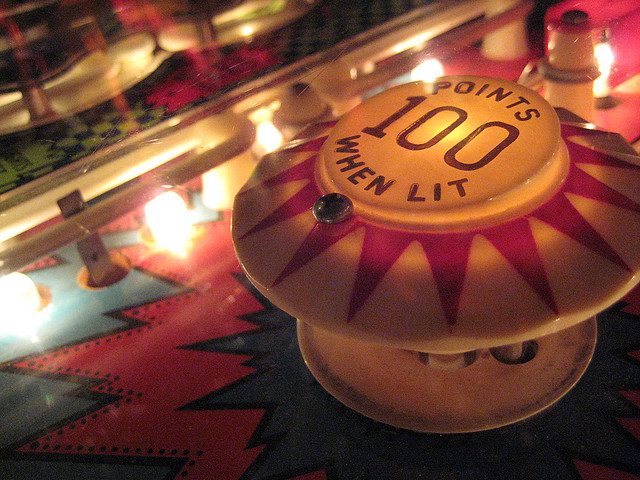 Francisco’s copper mine in Galt’s Gulch, even though it has super-advanced mining robots to replace human laborers, still depends on mule carts to carry his ore. It’s not because his inventive genius petered out at the entrance to the mine; it’s because Rand’s characters, following the invisible law of capitalist demarcation, stick strictly to their own fields and don’t try to compete with each other. This gives Dagny a chance to show off her specialty, as she suggests to Francisco that he could build a railroad instead. But she’s struck with futility midway through:

“Let me give you a rough idea of what I mean. If we drive diagonal piles into the rock” — she was sketching rapidly — “the actual steel span would be only six hundred feet long — it would cut off this last half mile of your corkscrew turns — I could have the rail laid in three months and—”

She stopped. When she looked up at their faces, the fire had gone out of hers. She crumpled her sketch and flung it aside into the red dust of the gravel. “Oh, what for?” she cried, the despair breaking out for the first time. “To build three miles of railroad and abandon a transcontinental system!”

By now, Dagny’s month in the valley is almost up. The other capitalists tell her that she has to decide whether to stay with them or to go back and resume life under the looters’ government in the outside world. As Francisco tells her, nearly all of them intend to make a permanent home in the valley, and they strongly urge her to do likewise.

“Dagny, there’s only one week left,” he said. “If you decide to go back, it will be the last, for a long time.” There was no reproach and no sadness in his voice, only some softened quality as sole evidence of emotion. “If you leave now — oh yes, you’ll still come back — but it won’t be soon. And I — in a few months, I’ll come to live here permanently, so if you go, I won’t see you again, perhaps for years.”

But when the time comes, Dagny announces that she can’t bear to abandon Taggart Transcontinental, so she’s going back to the outside world to make one last try at saving the railroad. To everyone’s shock, John Galt says that he’s going back as well. The others try to persuade him of the danger, both of being found out by the looters and of the increasingly common fatal accidents from disintegrating infrastructure, but they fail to change his mind:

“But, John!” cried Mulligan, waving his arm at the valley, “if anything happens to you, what would we—” He stopped abruptly and guiltily.

Galt chuckled. “What were you about to say?”

… “All right,” said Mulligan guiltily, “I won’t say it. I won’t say that we couldn’t get along without you — we can, I won’t beg you to stay here for our sake — I didn’t think I’d ever revert to that rotten old plea, but, boy! — what a temptation it was, I can almost see why people do it. I know that whatever it is you want, if you wish to risk your life, that’s all there is to it — but I’m thinking only that it’s… oh God, John, it’s such a valuable life!”

It’s a small shock to hear that the other capitalists could get along without John Galt if something happened to him. Has he told them all the secrets of his motor and his ray screen? In a society like this, wouldn’t you want to make yourself irreplaceable?

Dagny figures out the real reason John Galt is returning to the outside world: because she is, and he intends to wait for her until she changes her mind: “I will remain as your last key, before the door of this valley closes”. He tells her that he’ll be watching her, but he won’t say how or from where, and that she’ll have no way to contact him until “the day when you decide to join us”.

When the time comes, Dagny is blindfolded (which seems like a pointless precaution; she already flew to the valley once, wouldn’t she be able to find her way back to it?), and John Galt flies her out on his private plane. He drops her off in a dusty small town in the middle of nowhere, leaving her with these words: “You will not find me — until you want me for what I am. And when you’ll want me, I’ll be the easiest man to find.”

She raised her eyes to the plane. She watched the spread of its wings grow smaller in the sky, draining away in its wake the sound of its motor. It kept rising, wings first, like a long silver cross; then the curve of its motion went following the sky, dropping slowly closer to the earth; then it seemed not to move any longer, but only to shrink. She watched it like a star in the process of extinction, while it shrank from cross to dot to a burning spark which she was no longer certain of seeing. When she saw that the spread of the sky was strewn with such sparks all over, she knew that the plane was gone.

While the text doesn’t acknowledge it, Dagny’s decision to leave is highly unusual. It’s the first time that John Galt has ever failed to change someone’s mind. In every other instance we’ve seen, as soon as he introduces himself to a businessman and explains his plan, that person is persuaded on the spot to join the strike. Ken Danagger, who worked forty years straight without a day off, gives his company away with a smile after listening to Galt for an hour. Ellis Wyatt not only abandons his beloved oil wells, but deliberately blows them up himself. Francisco d’Anconia willingly acts the part of a worthless playboy for years, making all his old friends despise him, while he secretly dismantles his company.

So why does Dagny, alone of all of the characters, still want to go back and fight on? Why doesn’t she choose to stay in Galt’s Gulch? It can’t be because she has a different moral code than the rest of them. As we’ve seen many times, Rand’s heroes all think and feel exactly the same, and there’s nothing in this section or anywhere to contradict that. It also can’t be because she’s a better capitalist than the others. Francisco is clearly established as being better than her at everything, and yet he’s joined the strike while she hasn’t.

The real reason, it seems, is that Dagny is the viewpoint character, and if she chose to stay, the story would end here. It has nothing to do with her motives as a character, and everything to do with Rand’s desire to drag this out some more so she can show the final collapse of looter civilization. This is consistent with the general lack of agency in this book. In spite of Rand’s insistence that her characters are self-directed prime movers, they more often bounce around like pinballs, making inexplicable choices solely because they’re steered by the demands of the plot. (This and this are two other examples.)

Now, there is one good, character-appropriate reason why Dagny might choose to go that the novel never suggests: she hasn’t been allowed to contact Hank or anyone in the outside world. It would make complete sense for any normal person that she’d want to tell her loved ones that she’s alive. However, the way things work in Atlasworld is that, now that she’s met John Galt, she’s fallen in love (since he’s a Better Capitalist than her previous paramour), and all her affections have been irrevocably transferred to him. Therefore, the happiness or well-being of anyone else no longer matters to her. That’s the kind of impulse that this novel treats as a reasonable and sympathetic motive.

September 30, 2015
Blood Moon Lunacy, or the Virtue of Vagueness
Next Post

October 4, 2015 I Get Religious Mail: Bibles, Not Peace
Recent Comments
0 | Leave a Comment
"I did FB for about a month when it was fairly new. I quickly concluded ..."
ORAXX The River Flows Onward
"My impression is that it's an atheist/secular-specific site. A whole bunch of the bloggers on ..."
Gwen Pryce The River Flows Onward
"I just hope you're not moving to a social media platform like Twitter or Facebook, ..."
ORAXX The River Flows Onward
"A rare piece of good news!! Welcom back Adam, you have been missed."
ORAXX Daylight Atheism Is Back
Browse Our Archives
get the latest from
Nonreligious
Sign up for our newsletter
POPULAR AT PATHEOS Nonreligious
1