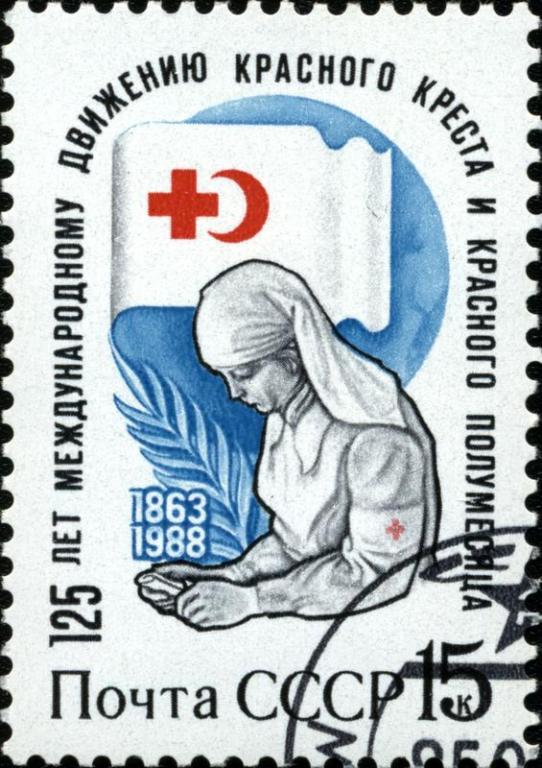 Dagny is at a formal dinner with Jim and the other influential looters, since that’s where all major policy decisions are made now. The collapse of civilization is barreling toward them like a freight train, and everyone in the room knows it, but the bad guys are carefully avoiding the subject while insisting that all their problems are minor and there’s still a chance to turn things around:

“The importance of industry to a civilization has been grossly overemphasized,” said Dr. Ferris dreamily. “What is now known as the People’s State of India has existed for centuries without any industrial development whatever.”

“People could do with fewer material gadgets and a sterner discipline of privations,” said Eugene Lawson eagerly. “It would be good for them.”

Whenever she gets a chance to speak, Dagny insists that the only course of action left, if they want to survive, is to give up on everything west of the Mississippi. She proposes letting Taggart Transcontinental revert to a local railroad, serving the remaining industrial plants of the East Coast:

“There’s nothing left to save in the West. You can run agriculture for centuries by manual labor and oxcarts. But destroy the last of this country’s industrial plant — and centuries of effort won’t be able to rebuild it or to gather the economic strength to make a start. How do you expect our industries — or railroads — to survive without steel? …You have no country to save, if its industries perish. You can sacrifice a leg or an arm. You can’t save a body by sacrificing its heart and brain. Save our industries… Save the Eastern Seaboard.”

So “centuries of effort” wouldn’t be enough to rebuild its industries if the U.S. collapses? That’s a dire warning. It’s also very bad news for John Galt and the couple of dozen capitalists hiding out in the Gulch.

Until now, we’ve been told that it took that small handful of people just a few years to build a fully functioning industrial society from scratch. But if Dagny is telling the truth, they can’t be as self-sufficient as they claimed they were. The text doesn’t address or even notice this contradiction between the two chapters. Which one is correct?

Naturally, Dagny’s advice falls on deaf ears, since the looters routinely ignore or talk over her. They didn’t ask her there to hear her advice, but only so they can persuade themselves that she supports what they already wanted to do: “They asked her questions at times and interrupted her before she had completed the first sentence of the answer. They seemed to want her approval, without having to know whether she approved or not.”

When they acknowledge her at all, they insist that they won’t surrender the country, and that they need to keep their transcontinental links intact so that they can send soldiers wherever necessary to suppress rebellion. That’s when Dagny realizes their real objective, in this grossly racist metaphor:

Then she saw the answer; she saw the secret premise behind their words. With all of their noisy devotion to the age of science, their hysterically technological jargon, their cyclotrons, their sound rays, these men were moved forward, not by the image of an industrial skyline, but by the vision of that form of existence which the industrialists had swept away — the vision of a fat, unhygienic rajah of India, with vacant eyes staring in indolent stupor out of stagnant layers of flesh, with nothing to do but run precious gems through his fingers and, once in a while, stick a knife into the body of a starved, toil-dazed, germeaten creature, as a claim to a few grains of the creature’s rice, then claim it from hundreds of millions of such creatures and thus let the rice grains gather into gems.

It’s no coincidence that Rand used the image of an “unhygienic rajah”, rather than any of the equally violent and kleptocratic kings of medieval Europe, to stand in for oligarchy and feudalism. When she deigns to acknowledge the rest of the world, Rand depicts it as a mire of poverty and backwardness, compared to the great shining city on a hill that is the U.S. (See also: the last installment about soybeans, or the earlier polemic against Buddhism.) It’s the civilizational version of the great chain of being, and in Rand’s version, as in the original, white people always deserve a place on top.

In fact, it’s worth noting that there are no non-white heroes in Atlas Shrugged. As I mentioned earlier, Rand’s protagonists are Aryans on parade. The closest we get is Francisco, who’s Hispanic, but even so she takes pains to emphasize how light-skinned he is. Giving John Galt green eyes rather than blue is her idea of a daring departure from conformity. You’d think a book that’s such a pure exponent of meritocracy could have included some people of color as protagonists, but no. In an ironic but not accidental correspondence with reality, Rand claims to recognize only hard work and merit, and treats it as total coincidence that the winners end up being all white men and one or two token white women. (The movies try to make up for this, but in the worst possible way.)

And on top of everything else, Rand’s timing is totally wrong. She claims that the industrial revolution “swept away” monarchical forms of government, but that’s just objectively false. Democratic self-governance was well established in the U.S., and to a lesser extent the U.K., before industrialization began. In line with her belief that all progress comes from heroic individuals, Rand never treats government as important or meaningful, but it’s very plausible that greater freedom and more stable institutions had to precede technological progress (here’s one argument to that effect).

She, born of the industrial revolution, had not held as conceivable, had forgotten along with the tales of astrology and alchemy, what these men knew in their secret, furtive souls… that so long as men struggle to stay alive, they’ll never produce so little but that the man with the club won’t be able to seize it and leave them still less, provided millions of them are willing to submit — that the harder their work and the less their gain, the more submissive the fiber of their spirit…

This is an interesting admission to make, since Dagny and the other supercapitalists do believe in making everyone work as hard as possible and paying them as little as they can get away with for it. That’s fundamental to their philosophy. Isn’t this an acknowledgment that they want – and that they should want – their workers to be as “submissive” and easily exploited as possible?

This hearkens back to what I’ve written about the new feudalism and the way that employers have an incentive to keep their workers as poor and powerless as possible, using any means open to them: onerous non-compete agreements, company scrip, oppressive rent-extraction, and many other tricks and traps. It’s amusing to see Rand basically endorse this reasoning, even if she doesn’t recognize that’s what she’s doing.

In one last, bloodcurdling denunciation, Dagny muses about how the looters are evil for evil’s sake, and how they look forward to mass death and suffering as long as they’re on top of the heap when it all comes crashing down:

She saw what they wanted and to what goal their “instincts,” which they called unaccountable, were leading them. She saw that Eugene Lawson, the humanitarian, took pleasure at the prospect of human starvation — and Dr. Ferris, the scientist, was dreaming of the day when men would return to the hand-plow.

Not to hammer this point into the ground, but doesn’t John Galt also take pleasure at the prospect of mass starvation and the vast majority of humanity reduced to a pre-technological level? Or at least that’s the outcome he’s worked to bring about, which amounts to the same thing.

One more thing to take away from this section is that compassion is an emotion Rand never did seem to understand. Her villains only pretend to feel it, and her heroes don’t even do that. For such a basic human feeling, it was completely foreign to her nature. As far as she’s concerned, anyone who claims to be a humanitarian is a secret death-worshipper whose real objective is to cripple the rich and destroy the best representatives of humanity. If you really and truly believed that everyone who didn’t share your worldview was that evil, what wouldn’t you consider yourself justified in doing to stop them? The only possible answer is “nothing” – and that’s an answer we’ll increasingly see in the remainder of the book.

December 2, 2015
I'll Say It Again: Richard Dawkins Doesn't Speak For Me
Next Post