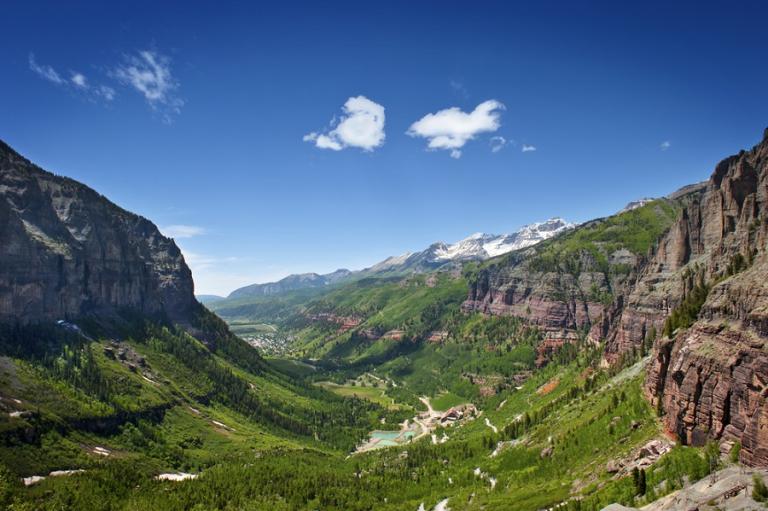 In my Atlas Shrugged series, I’ve previously written about the libertarians who tried to create their own Galt’s Gulch in Chile, a plan which ended predictably in lawsuits, acrimony and accusations of fraud when real human beings turned out not to be as incorruptible as Ayn Rand characters. Now, as PZ informs us, there are some further developments to report.

A coalition of disgruntled investors have created Galt’s Gulch Recovery (motto: “Where Fraud Never Sleeps”), a site for them to air their complaints and accusations against the founders of the Galt’s Gulch Chile project. They’re especially upset at the lead developer, Kenneth Dale Johnson, whom they claim was a con artist running a Ponzi scheme:

Through a series of broken promises, broken contracts and dishonest maneuvers, Johnson was able to cut his partners and investors out of the real estate development project and claim 100% ownership and control.

He proceeded to develop, not a community as advertised, but an affinity scam aimed at Western libertarians. Johnson employed deceptive selling practices, violations of US and Chilean law, money laundering, and multiple jurisdictions to defraud his investors of US $10.45 million ($10.05 million with GGC and $400,000 with tangential scams).

In April 2014, Johnson himself lost his fraudulent ownership and control of the real estate holding company for Galt’s Gulch Chile to his erstwhile partner, Chilean swindler Mario Del Real. Also due to his questionable dealings, the flow of investor funds into the project collapsed making it impossible for him to pay the final installment for the parcel that was to be GGC’s main building site.

As of November 2015, the investors do not have title to the residential lots, orchards or shares of Agricola GGC (the farm operating company) for which they paid and that Johnson agreed to deliver. Loan payments to GGC investors have not been paid. In addition, titles to two GGC companies and the two parcels that were to become Galt’s Gulch Chile are clouded. The project is insolvent.

Meanwhile, Johnson has asserted that he’s the victim here, claiming in an interview last April and in videos posted on the official GGC website that a cabal of former employees tried to take over Galt’s Gulch Chile and oust him by force. He’s said that further land sales and development of the project had to be put on hold “as we await the outcome of criminal legal actions that we have filed against a Chilean party and a handful of people involved with GGC whom have assisted this party in bringing about significant setbacks to the GGC project as a whole”.

If all this legal infighting and threats of criminal charges sound a little, well, Big Government to you, you’re not alone. One of the Galt’s Gulch Recovery members, Jeff Berwick, wrote a defensive blog post containing the following destined-to-be-legendary excuse:

Almost all of the buyers and investors into GGC – 73 families paid in over $10 million – are libertarian and as such they have been attacked publicly as rich, greedy misanthropes who were so hopelessly naive as to think they were escaping the government by moving to Chile.

Being libertarians, many of GGC’s investors were against the use of government courts to correct the injustices and receive the property they paid for. But what they found was that there simply was no other way to regain their stolen property without doing so.

In other words: “It’s true we didn’t believe in government before, but this is different because now we need it!”

In an Atlas Shrugged world, this never would have happened, because Randian heroes have an infallible sense of who’s trustworthy and who isn’t. The investors and the developers would have known on sight whether they should work together, based on the blueness of each other’s eyes, the squareness of each other’s jaws, and the firmness of each other’s handshakes. And if any dispute came up between them, they could have worked it out without involving lawyers or police, by sitting in a circle and chanting the word “reason” over and over until they came to a mutually satisfactory agreement.

Then again, what we might be seeing here is Randian principles playing out exactly as they’re supposed to. After all, heroic capitalist Francisco d’Anconia deliberately built a shoddy, death-trap housing development to kill the moochers who moved in there and tanked his own company to punish the lesser mortals who thought they were entitled to profit off his genius. How do we know that Kenneth Johnson isn’t a modern-day John Galt out to drain the wealth of looters who foolishly let themselves be lured into an obvious trap?

Either way, you might have thought the collapse of GGC was a case in point of why we need government oversight to stabilize markets and keep traders honest – but you’d be wrong. As Berwick explains, this whole crisis was actually caused by the government. You see, it’s all the fault of the Federal Reserve’s economic-rescue policies, which have made it impossible for millionaires to get the safe 6% return on investment they’re obviously entitled to:

Moreover, we can blame the FED’s zero interest rate policy that has been forcing investors to reach for yield. Ten years ago, a retiree with $1 million saved could live off the interest at 6% and not be taking on too much risk. Now, that retiree would earn barely enough to buy his daily designer coffee with the interest on that same $1 million. Risk is not adequately rewarded in a ZIRP economy.

The FED’s bailouts have emboldened even small time crooks, like Johnson. When the criminals on Wall Street can get away with – even be rewarded for – their massive frauds perpetrated in broad day light, an atmosphere of general corruption and lawlessness sets in. Witness the MF Global embezzlement, Wachovia money laundering, Libor rigging. Why should the little guy fear the law with his penny ante transgressions?

Because, of course, no one in a free economy would ever cheat or be dishonest if they hadn’t gotten the idea from government bureaucrats.

You’d think libertarians would be all about personal responsibility, but that’s one thing I haven’t seen from any side in the GGC fracas. Everyone in the domino chain has some reason why none of it is their fault – deceived by devious swindlers, strong-armed by vicious criminals, hounded by impatient investors who wouldn’t give them the time they needed, conned by unreliable local partners, led astray by the bad example of the government, and so on. None of the developers admit in any way that they took on a project that was beyond their competence; none of the investors acknowledge that they didn’t perform their due diligence or that perhaps they placed too much trust in someone as unreliable as they claim Johnson is.

If nothing else, this is an illustration of how telling the difference between honest businessmen and treacherous scam artists isn’t as straightforward as Ayn Rand makes it seem. In her world, these two categories have objective reality, and people can be categorized into one of them or the other at a glance. It turns out not to be so simple, which ought to be a lesson for the wealthy buyers who dreamed of starting a new life in a distant part of the world free from the intrusions of government.

January 25, 2016
How Donald Trump Won Over the Religious Right
Next Post 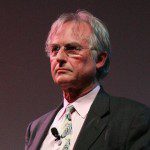 January 28, 2016 Dawkins Denied: Secular Sexism Finally Has Consequences
Recent Comments
0 | Leave a Comment
Browse Our Archives
get the latest from
Nonreligious
Sign up for our newsletter
POPULAR AT PATHEOS Nonreligious
1