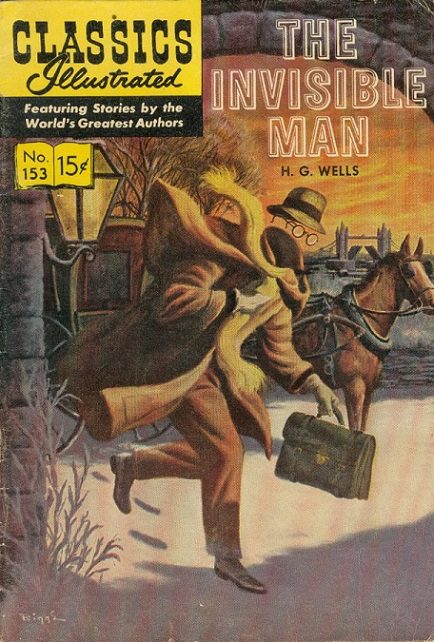 Just after New Year’s, a gang of self-proclaimed militia members led by two sons of Cliven Bundy (yes, that Cliven Bundy) announced that they’d seized a building in the Malheur National Wildlife Refuge in Oregon. Ostensibly, this was a protest on behalf of two ranchers who’d been sentenced to prison for setting fires on federal land. They vowed to occupy the refuge “for years” if necessary and promised violence if police tried to remove them, saying they were ready to “kill and be killed“. Ammon Bundy, a Mormon, asserted that God had told him to carry out this plan. (See also.)

As public acts of defiance go, this one isn’t exactly a bold assault on Big Government. The militia members heroically occupied an empty cabin in the middle of a remote wilderness during a holiday weekend in the dead of winter. They initially claimed to have 150 members, but there’s no verification of that, and local journalists believe that number is a huge exaggeration. It seems more likely that there are ten or twelve at most. Also, the occupiers are all from out of town: no locals wanted anything to do with them. This was a great disappointment to Ammon Bundy, who lamented that local communities “were not strong enough to make the stand”. (“Our cause was just, but people weren’t ready for freedom” is the last excuse of every actual or would-be tyrant.)

The bumbling of the occupiers and their well-wishers has already reached sublime heights of comedy. The undisputed winner is this brave keyboard warrior, who wanted to help fight big government but couldn’t afford to travel because his government disability check hadn’t come through:

this is one of the greatest things i have ever seen pic.twitter.com/Z65MAwckCd

Almost as comical is the fact that, while they have lots of guns, they apparently didn’t bring enough food and were soon begging on Facebook for supporters to send them snacks (through the big-government postal service?). Their plan reminds me of nothing so much as Calvin and Hobbes setting out for the Yukon with just two sandwiches.

But in spite of these pratfalls, the standoff in Oregon is no joke. So far, the police have held back and done nothing. If a mob of heavily armed black men or Muslims took over a government building, issued a list of demands and vowed to fight to the death, you can be sure that the authorities’ response wouldn’t be so peaceful or restrained. (The nearest parallel is probably the siege of the MOVE cult in Philadelphia in the 80s, which ended when the police literally dropped a bomb on the building they were occupying.) If anything, the occupiers’ lack of planning and foresight makes them more unpredictable and dangerous, not less.

We’ve seen this over and over. In Ferguson and elsewhere, unarmed black protesters with their hands up have been treated as a terrifying threat that justifies calling in legions of police wielding military weapons. Even a black boy playing with a toy gun in a public park, or a black man picking up a rifle in a store that sells them, can be shot on sight without warning or consequence. Meanwhile, white people can point weapons at officers of the law, threaten civilians and demand to be shot, and no harm comes to them. Instead, the police display limitless patience and spare no effort to convince them to surrender peacefully.

To be clear, I’m not arguing that white protesters should be treated with the same overwhelming force as black protesters, or that the authorities in Oregon should charge in with guns blazing. If for no other reason, these militia yahoos want to be martyrs, and we shouldn’t oblige them. But there has to be a middle ground. The police should seek to resolve conflicts without violence, but armed insurrection against the state – which is what this is – shouldn’t be taken lightly, nor allowed to go unpunished. As of Tuesday, the authorities haven’t even taken the basic step of barricading off the area where they’re holed up, although they’ve said they intend to do that and cut the power.

And the media, for the most part, has been just as complicit. Major news organizations have been inexplicably hesitant to use the word “terrorism”, which would no doubt have been blaring from the TV and plastered all over the headlines if the occupiers had been people of color. Instead, they’ve shown a willingness to downplay and soften the Bundys’ actions. The worst offender in this regard was probably ABC:

Hey, @ABC. I fixed your headline for you. #OregonUnderAttack pic.twitter.com/a20tUvogme

We also saw this after the terrorist attack on a Planned Parenthood clinic, where an infamous headline described the alleged assailant as a “gentle loner”.

Again, I’m not arguing that it’s vital for everyone to use the word “terrorism” in this case. The specific word we use to describe these gun-fondling wannabes doesn’t matter so much. But the general tenor of the response reflects a glaring double standard where minorities are seen as inherently scary and menacing, whereas outright threats of violence and insurrection get little notice as long as they come from white Christian men. When this prejudice is put so plainly, it sounds ridiculous – yet as we’ve seen time and again, if it’s not pointed out loudly and repeatedly, it skates beneath notice, even when it’s happening right before our eyes.

January 4, 2016
Turning the Corner on Climate Change
Next Post 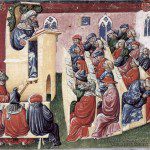 January 8, 2016 Atlas Shrugged: Author Filibuster
Recent Comments
0 | Leave a Comment
Browse Our Archives
get the latest from
Daylight Atheism
Sign up for our newsletter
POPULAR AT PATHEOS Nonreligious
1