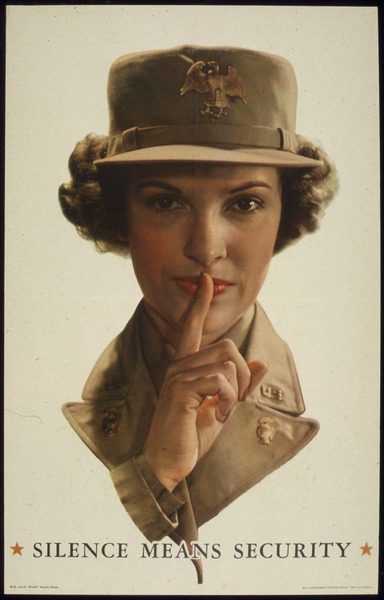 John Galt’s massive, multi-hour speech finally comes to an end. As I mentioned earlier, because Randian protagonists have the superpower of being able to deliver gigantic monologues without interruption, everyone in the TV station is still standing in the exact same places:

They stood in front of the radio, as the last sound of Galt’s voice had left them. No one had moved through the span of silence; they had stood, looking at the radio, as if waiting. But the radio was now only a wooden box with some knobs and a circle of cloth stretched over an empty loud-speaker.

Only now, after John Galt has gotten to say everything he wanted, do the villains break out into an argument over what to do. Mr. Thompson, the not-president, orders them to carry on with the night’s programming as if nothing had happened. Dagny snaps that it’s obvious what they should do, that all of them (meaning everyone but her) should “give up and get out of the way”:

“You wish to live, don’t you? Get out of the way, if you want a chance. Let those who can, take over. He knows what to do. You don’t. He is able to create the means of human survival. You aren’t.”

This provokes another violent argument (“She’s talking pure treason!”) but it seems to give Mr. Thompson an idea. He thanks her, more politely than she was expecting, for her candid advice. The other bad guys are baffled and angry, but when she leaves, he explains why:

“Oh, you theoretical intellectuals!” said Mr. Thompson with exasperation. “What are you all gaping at? It’s simple. Whoever he is, he’s a man of action. Besides, he’s got a pressure group: he’s cornered all the men of brains. He knows what to do. We’ll find him and he’ll tell us. He’ll tell us what to do. He’ll make things work. He’ll pull us out of the hole.”

They agree to have Dagny followed day and night, since it’s obvious that “she’s one of his kind” and that, sooner or later, she’ll lead them to John Galt.

Dagny and Eddie walk back to the Taggart building together. When they’re a few blocks away, Eddie blurts out something that’s been weighing on his mind. I mentioned that he recognized John Galt’s voice, and this is why:

“Dagny!” he cried, then lowered his voice involuntarily. “Dagny,” he whispered, “I know him. He… he works there… there…”

He kept pointing at the building with incredulous helplessness. “He works for Taggart Transcontinental…”

“I know,” she answered; her voice was a lifeless monotone.

Yet again, we see why Eddie is the best character in Atlas. He’s a vice president of the company, remember. His duties are similar to Dagny’s, and he’s had to take over for her and do her job more than once. But where Dagny spends every day and most nights shut up in her office, issuing orders from on high, Eddie gets out and mingles. He talks to Taggart employees as an equal, he answers their questions and takes the time to get to know them. He seems to be on a first-name basis with everyone who works for the company, even the manual laborers:

“It’s funny. I don’t even know what name he used. It was Johnny something or—”

“It was John Galt,” she said, with a faint, mirthless chuckle. “Don’t look at the Terminal payroll. The name is still there.”

But while I’m a big fan of Eddie Willers in general, I have to give him demerits for one thing. As he admits, he’s been feeding John Galt all kinds of information about the railroad, presumably including the names, positions and duties of the competent employees he snatched away. He even confesses he told John Galt what Dagny looks like when she’s asleep (because he asked about that, which isn’t stalkerish at all):

“He used to ask questions… all sorts of questions about the railroad, and I — God, Dagny! Was I protecting the railroad or was I helping to destroy it?”

“Both. Neither. It doesn’t matter now.”

… “His face… Dagny, it didn’t look like any of the others, it… it showed that he understood so much…. I was glad, whenever I saw him there, in the cafeteria… I just talked… I don’t think I knew that he was asking questions… but he was… so many questions about the railroad and… and about you.”

“Did he ever ask you what I look like, when I’m asleep?”

“Yes… Yes, he did… I’d found you once, asleep in the office, and when I mentioned it, he—” He stopped, as a sudden connection crashed into place in his mind.

This is catastrophically bad opsec. When you’re a corporate executive, you shouldn’t give out sensitive internal information to just any lowly laborer who asks! Obviously Eddie had no way to know that John Galt was plotting the collapse of civilization, but even so, this is information that could be highly useful to a competitor. For example, if they wanted to poach Taggart’s best employees, they could use this to target them for recruitment the same way John Galt did.

However, I can’t judge Eddie too harshly for his carelessness. It seems to be a result of bad organizational policies at the very top, since Dagny isn’t upset at him and doesn’t even seem to think that he did anything wrong. All she tells him is that John Galt might still be there, even now, but that if they value his life, they mustn’t try to get in touch with him or give any hint that they know he’s there. Eddie agrees: “I wouldn’t turn him over to them, not even to save the railroad.”

Two blocks later, he asked quietly, “You’re going to quit, one of these days, and vanish, aren’t you?”

Dagny doesn’t exactly deny this, but she insists that the looters’ government is on the brink of collapse, and that if she can hold out just a little longer, she can save the railroad and keep it running until they’re gone.

However, like all Randian heroes oblivious to the nuances of human interaction, she missed the obvious subtext of this question. He wasn’t asking about the railroad, he was asking about her. Eddie seems certain that if she quit and vanished, she’d leave him behind. And she doesn’t deny it!

Yet again, the only reward that poor, tragic Eddie gets for all his dogged loyalty and perseverance is a kick in the gut. If Dagny had wanted to reassure him, she could have said something like, “I don’t plan to disappear, I want to keep the railroad running. But if I ever did quit, you know I’d take you with me, old friend.”

But she doesn’t say that, because she only cares about people to the extent they’re useful to her, and she can’t be bothered even to pretend otherwise. There’s no need for Eddie Willers or any other non-supergenius in Galt’s Gulch, where they have infinite energy and robot laborers to serve the elites. The highest role that Rand has in mind for decent, hardworking common people like him is to graciously permit them to sacrifice themselves for the sake of the one-percenters. And, for Eddie, that day isn’t very far off now. 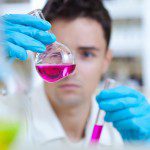 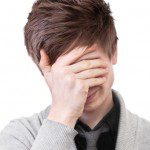 February 8, 2016 New on AlterNet: Mistakes of the Atheist Movement
Recent Comments
0 | Leave a Comment
"More or less Marvin Harris's explanation in Cows, Pigs, War, Witches."
TBP100 The Fountainhead: Wool and Linen
"Thank you very much! It's an honor to be mentioned in the same sentence as ..."
Adam Lee Commonwealth, III.XVII: Project Chicxulub
"The end of an era. Well, here's hoping for a succesfull new site."
bificommander There’s a Change Coming…
"Yes, it should! I need to correct that."
Adam Lee Commonwealth, III.XVII: Project Chicxulub
Browse Our Archives
get the latest from
Nonreligious
Sign up for our newsletter
POPULAR AT PATHEOS Nonreligious
1