Atlas Shrugged: The Work of Depressions 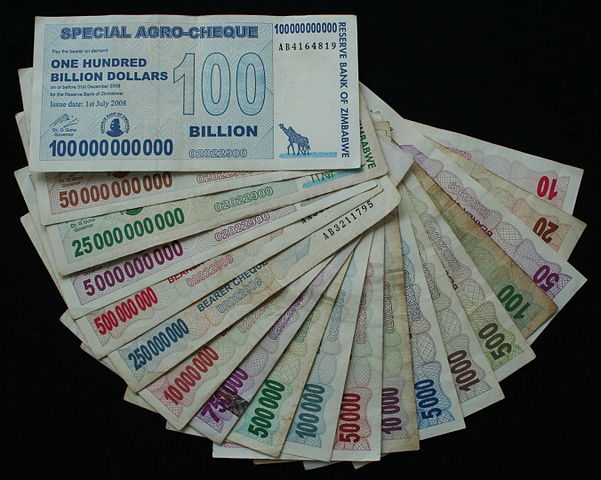 In the aftermath of John Galt’s speech, the last few businesses left in the country are grinding to a halt. Stores and homes are found empty, abandoned by their owners and gutted of everything useful. The plant of Rearden Steel, whose operations had been suspended after no one could be found to run it, goes up in flames; the fire is set by an elderly worker who confesses that he did it “to avenge Hank Rearden”. (He was a Good Capitalist, but he was old and nearing an age when he’d no longer be able to work, so of course Hank left him behind to starve rather than taking him to Galt’s Gulch.)

The Unification Board is deluged with requests for “men of ability” to fill important jobs, but there are none to be found:

Unable to pretend that Galt’s speech didn’t happen, the government has adopted a new approach. They’ve begun announcing that they’ll put him in charge of the economy so he can fix everything:

“Don’t despair! Don’t give up!” said official broadcasts on December 15, and on every day thereafter. “We will reach an agreement with John Galt. We will get him to lead us. He will solve all our problems. He will make things work. Don’t give up! We will get John Galt!”

But they have no idea where he is or how to reach him. They broadcast radio appeals and send agents to comb the countryside, but without success:

“Don’t despair! We will get John Galt!” said official broadcasts in the daytime — but at night, every hour on the hour, by a secret, official order, an appeal was sent from short-wave transmitters into the empty reaches of space: “Calling John Galt!… Calling John Galt!… Are you listening, John Galt?… We wish to negotiate. We wish to confer with you. Give us word on where you can be reached… Do you hear us, John Galt?”

… “No, not a clue,” said Wesley Mouch to Mr. Thompson, summing up the reports of the special agents who had been sent to check on every man by the name of John Galt throughout the country. “They’re a shabby lot. There’s a John Galt who’s a professor of ornithology, eighty years old — there’s a retired greengrocer with a wife and nine children — there’s an unskilled railroad laborer who’s held the same job for twelve years — and other such trash.”

This is yet another example of how Rand’s heroes only succeed because her villains are incompetent at villainy. Any marginally cunning evil overlord could have told you what to do: just round up everyone named John Galt and see if any of them have the same voice as the man who spoke on the radio. Since he inexplicably chose not to disguise his voice or use an alias, they would have caught him right away.

In fact, they know that Dagny is “one of his kind”, that she’s one of the few capitalists left in the world. Why didn’t they start off by scrutinizing her friends, acquaintances and employees? Why doesn’t a John Galt who works for Taggart Transcontinental set off any alarm bells?

This is a point I’ve touched on before, that that Ayn Rand wants us to believe her protagonists are incomparable super-geniuses able to outwit their adversaries at every turn. This is a flattering vision to Rand’s real-life devotees, who read the novel and imagine themselves possessing a spark of that same brilliance. But when you pay attention to what the book shows us, rather than what it tells us, you notice that the heroes aren’t as clever as all that.

They’re not like the famous chessmasters of spy fiction who can think multiple steps ahead of their adversaries and anticipate every contingency. Rather, their grand plan consists of hiding and trusting that no one will look too hard for them. John Galt hasn’t made any effort to cover his tracks; he’s living and working under his real name. And as we’ll see when he’s captured later in the chapter, he has no fallback or contingency plans. His allegedly incomparable genius doesn’t seem to have helped him all that much.

There were whispered rumors of covered wagons traveling by night through abandoned trails, and of secret settlements armed to resist the attacks of those whom they called the “Indians” — the attacks of any looting savages, be they homeless mobs or government agents. Lights were seen, once in a while, on the distant horizon of a prairie, in the hills, on the ledges of mountains, where no buildings had been known to exist. But no soldiers could be persuaded to investigate the sources of those lights.

I’ve already mentioned Rand’s gross racism toward the Native Americans, so I won’t repeat myself.

However, look at what else is happening here. John Galt appealed to any capitalists left in the world to go establish their own communities, and it appears people are doing as he suggested. Yet within the world of the book, it took him and his collection of supergenius industrialists years to build up Galt’s Gulch and make it self-sufficient. But now ordinary people, with no foresight or special preparation, are apparently able to create their own hidden settlements in a matter of weeks. They even seem to have electricity. Maybe the people Galt personally recruited weren’t the most competent after all?

The wads of worthless paper money were growing heavier in the pockets of the nation, but there was less and less for that money to buy. In September, a bushel of wheat had cost eleven dollars; it had cost thirty dollars in November; it had cost one hundred in December; it was now approaching the price of two hundred — while the printing presses of the government treasury were running a race with starvation, and losing.

This is the first appearance in Atlas of that reliable libertarian bugaboo, hyperinflation. It’s not common, but it can happen when a government is spending beyond its means to finance – whether for war, debt, or social services – and tries to bridge the gap by printing money. Weimar Germany and Zimbabwe are famous examples, and Venezuela seems to be heading for the same fate.

Hyperinflation usually accompanies political upheaval, like a war or a collapse in governance, that interrupts the ordinary functioning of society. However, from these rare and unusual examples, libertarian thinkers draw a sweeping conclusion: that fiscal stimulus can never work, and that whenever there’s a depression, the government should sit on its hands and wait for things to get better, no matter how much pain people suffer in the meantime. Any attempt by the state to intervene, they believe, will only make things worse.

The Great Depression-era economist Joseph Schumpeter said, for example, that “any revival which is merely due to artificial stimulus leaves part of the work of depressions undone”. Right-wing politicians raged against Barack Obama’s 2009 stimulus bill for the same reason, predicting that it would turn the U.S. into Zimbabwe. Warning of imminent hyperinflation has become a conservative pastime under the Obama administration, with the doomsayers continuing to issue the same predictions every year despite an unbroken record of failure. (One of my favorite examples is the conspiracy website ShadowStats, which claims that inflation is already out of control and the government is cooking the books to cover it up – yet the site hasn’t raised its subscription price in ten years.)

What this overlooks is that depressions can be self-perpetuating. Because of a burst bubble or other crisis, a lot of people lose their jobs all at once, so they stop spending money. The businesses that were supported by that spending shrink and have to lay off workers, which reduces overall spending even more, which leads to further layoffs, and so on. The government, because it’s self-funding, doesn’t labor under this constraint, so in times of crisis it can play a counter-cyclical role. Through public works and other projects, it can supply the missing demand that’s needed to reverse the downward spiral and set an economy back on the path to healthy growth.

That’s just what we’ve seen play out in America the last eight years. The overwhelming consensus of economists is that the stimulus greatly cushioned the effects of the Great Recession, even if it didn’t fully reverse the damage. But this hasn’t altered conservative and libertarian opinions, because they spring from a deeper conception of economics as a morality play. In this view, people and countries who live beyond their means have sinned, and have to suffer as penance. I’m not entirely unsympathetic to this – it’s true that our resources are finite, and so there have to be incentives to do the right thing and not be reckless. But unlike Ayn Rand, I don’t believe this principle extends so far as to justify letting people go hungry or homeless, even when we have the ability to help, just to teach them a lesson. 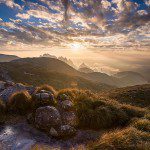 February 14, 2016 Photo Sunday: Titanosaur
Recent Comments
0 | Leave a Comment
Browse Our Archives
get the latest from
Daylight Atheism
Sign up for our newsletter
POPULAR AT PATHEOS Nonreligious
1