Atlas Shrugged: The Passion of Eddie Willers, Part I 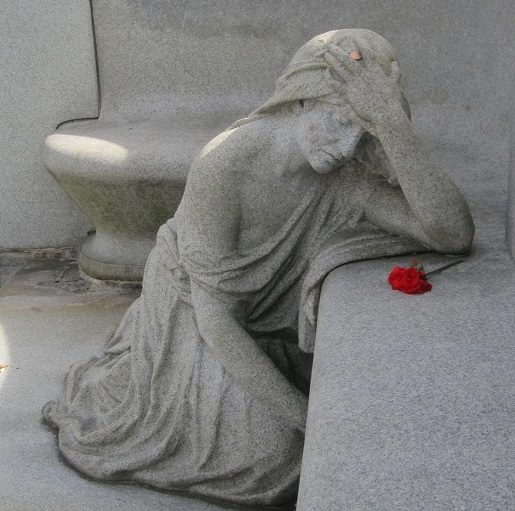 As we’ve seen throughout this book, Eddie Willers is by far the best character in Atlas Shrugged.

Unlike the other characters, who are mostly millionaire heirs with superhuman competencies and inhuman emotionlessness, he’s the only regular joe. He’s more loyal and devoted to his job than even Dagny is: when she quits the company in a fit of pique, and then later vanishes for a month into Galt’s Gulch, both times Eddie steps in and keeps the company running for her – smoothly, competently, asking no reward or even recognition when she gets back. He refuses to betray her trust, even when threatened with prison. Although he’s a vice president, he takes the time to get to know the employees of Taggart Transcontinental, down to the lowliest manual laborers, and to talk to them about their concerns.

He loves Dagny, but doesn’t tell her because he actually cares about her, unlike the violently jealous Randian ubermenschen she dates who treat her like a possession and disregard her consent. Unlike so-called Nice Guys, he’s genuinely a nice guy: he doesn’t think his feelings are her problem or that she has any obligation to return them.

This makes it all the more cruel and outrageous what ultimately happens to him. In Rand’s universe, the designated protagonists are rewarded in the end for their sociopathic behavior, whereas poor, tragic, decent Eddie… well, we’ll get to that. Here’s how it begins:

“The farmers of South Dakota,” Wesley Mouch reported to Mr. Thompson, next morning, “are marching on the state capital, burning every government building on their way, and every home worth more than ten thousand dollars.”

“California’s blown to pieces,” he reported in the evening. “There’s a civil war going on there — if that’s what it is, which nobody seems to be sure of. They’ve declared that they’re seceding from the Union, but nobody knows who’s now in power. There’s armed fighting all over the state, between a ‘People’s Party,’ led by Ma Chalmers and her soybean cult of Orient-admirers — and something called ‘Back to God,’ led by some former oil-field owners.”

Riots and chaos are breaking out all over the country. One of those skirmishes temporarily closes the Taggart Bridge across the Mississippi River, now the last supply line to New York City, and jams up train traffic. When Mr. Thompson can’t get grapefruit juice with his breakfast because of it, he abruptly realizes just how near to catastrophe they are:

After a moment, he spoke up in a staccato voice. “Order army detachments to guard the bridge. Day and night. Tell them to pick their best men for it. If anything happened to that bridge—”

He did not finish; he sat hunched, staring down at the costly china plates and the delicate hors d’oeuvres before him. The absence of so prosaic a commodity as grapefruit juice had suddenly made real to him, for the first time, what it was that would happen to the city of New York if anything happened to the Taggart Bridge.

The logistics of this aren’t fully clear, but it strains credulity that all the food, fuel and goods that New York City needs could be carried over one bridge. Besides, New York is just one metropolis on the eastern seaboard, the most densely populated region of the country. Between Boston, Philadelphia, Washington D.C., Baltimore, Miami, and others, more than one-third of the U.S. population lives on the east coast. If all those people’s commerce had to travel through a single bottleneck, you’d think that the remainder of the country would have dissolved into anarchy long before now.

“Dagny,” said Eddie Willers, that evening, “the bridge is not the only problem.” He snapped on her desk lamp which, in forced concentration on her work, she had neglected to turn on at the approach of dusk.

Even in this, Eddie’s penultimate scene, Rand writes in these little touches, these small gestures of kindness which no one else in Atlas would ever think of. It’s as if she’s twisting the knife in cruel mockery of what she’s about to do to him.

“No transcontinental trains can leave San Francisco. One of the fighting factions out there — I don’t know which one — has seized our terminal and imposed a ‘departure tax’ on trains. Meaning that they’re holding trains for ransom. Our terminal manager has quit. Nobody knows what to do there now.”

“I know,” he said softly. “That’s why it’s I who’ll go there to straighten things out. At least, to find a man to put in charge.”

“No! I don’t want you to. It’s too dangerous. And what for? It doesn’t matter now. There’s nothing to save.”

“It’s still Taggart Transcontinental. I’ll stand by it. Dagny, wherever you go, you’ll always be able to build a railroad. I couldn’t. I don’t even want to make a new start. Not any more. Not after what I’ve seen. You should. I can’t. Let me do what I can…. I’m flying to California tonight. I’ve arranged for space on an army plane…I know that you will quit as soon as… as soon as you can leave New York. You might be gone by the time I return. When you’re ready, just go. Don’t worry about me. Don’t wait to tell me. Go as fast as you can. I… I’ll say good-bye to you, now.”

Yet again, Dagny is oblivious to her cue. That was the place she was supposed to say, “No, Eddie, I forbid you to go! I wouldn’t dream of quitting without you, old friend. We need someone loyal and competent like you in the new world I’m going to build. How could I go on without my faithful right-hand man?”

It’s not clear what Eddie hopes to accomplish. This isn’t a staffing issue for him to sort out; California is literally being torn apart by civil war. Even in the Objectivist worldview, that ought to be a problem for the government to solve. Having him try to fix it himself is a suicide mission, and both of them know it.

But even though Dagny is his boss, even though she’s supposed to be the hard-charging and decisive executive, she lets this pass with only a limp and feeble objection (“I don’t want you to”). And yet again, when Eddie tests the waters by implying that she doesn’t want or need him anymore, she doesn’t bother to deny it.

She rose to her feet. They stood facing each other; in the dim half light of the office, the picture of Nathaniel Taggart hung on the wall between them. They were both seeing the years since – that distant day when they had first learned to walk down the track of a railroad. He inclined his head and held it lowered for a long moment.

She extended her hand. “Good-bye, Eddie.”

He clasped her hand firmly, not looking down at his fingers; he was looking at her face.

He started to go, but stopped, turned to her and asked, his voice low, but steady, neither as plea nor as despair, but as a last gesture of conscientious clarity to close a long ledger, “Dagny… did you know… how I felt about you?”

“Yes,” she said softly, realizing in this moment that she had known it wordlessly for years, “I knew it.”

The faint rumble of an underground train went through the walls of the building and swallowed the sound of the door closing after him.

“Yes, I knew all along that you’ve secretly loved me for years, I just chose never to acknowledge it. Anyway, bye!”

The text frames this as Eddie’s final, fatal expression of devotion to his job, but that makes no sense, and Rand scarcely even tries to justify it in character terms. He can’t build a railroad himself, so he’s going to walk into a war zone in a doomed attempt to rescue the one they have?

I think there’s a better metatextual explanation. We know that Eddie not only loves Dagny, he’s passionately devoted to her (which he frames as devotion to the railroad). We also know that she’s never shown the slightest reciprocal interest in him. He’s never broached the subject directly, but he’s made cautious inquiries about her feelings, in response to which she made it clear, in her usual callous way, that she sees him as basically a piece of office equipment. It’s possible that, knowing she doesn’t return his feelings and never will, he’s lost the will to live.

The chapter ends with a scene which I’ll pass over briefly. The looters throw a lavish party in the Wayne-Falkland Hotel, seating John Galt in the place of honor (although they keep one of their henchmen sitting next to him, a gun pressed against his side). Broadcasting live to “any country that’s able to listen”, they give flowery speeches to the television cameras, hailing the “John Galt Plan for Peace, Prosperity and Profit”, praising him for his supposed willingness to lead them and save the world, even though he’s consented to no such thing.

It’s a strange attempt at a bribe, as if by tempting him with the highest honors they can imagine, they’ll convince him to make the pretense real. But when they turn the floor over to Galt, he doesn’t play along:

The camera moved to Galt. He remained still for a moment. Then, with so swift and expert a movement that his secretary’s hand was unable to match it, he rose to his feet, leaning sidewise, leaving the pointed gun momentarily exposed to the sight of the world — then, standing straight, facing the cameras, looking at all his invisible viewers, he said: “Get the hell out of my way!”

What, no 50,000-word speech? No six-hour monologue explaining in exhaustive detail why each person in the room and everyone watching on TV is a life-hating looter parasite who deserves the sweet embrace of death? Man, it’s like John Galt isn’t even trying anymore.

Granted, as a pithy statement of his contempt for humanity, this isn’t bad. But it could have been even more concise. He could have just yelled out, “Fuck you all!” It would have gotten the same point across – and, as a bonus, would have made an excellent alternate title for this book. 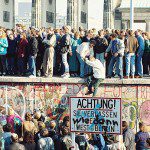 March 13, 2016 My Birthday Wish: Support Bowl-a-Thon '16
Recent Comments
0 | Leave a Comment
"So one thing I've been meaning to ask how the PFR handles food services such ..."
Ian Kacprzak Commonwealth, Interlude: Protestant Work Ethic
"Yeah, religion is not a mental illness, and quirkiness isn't mental illnesses either. At best, ..."
Antigone10 The Kamloops School: Christianity’s Cultural Genocide
"It's because the church, and all religions for that matter, have been pushing the absurd ..."
jh The Kamloops School: Christianity’s Cultural Genocide
"Cultural genocide is for when regular genocide is no longer acceptable (mostly)."
Bob Jase The Kamloops School: Christianity’s Cultural Genocide
Browse Our Archives
get the latest from
Daylight Atheism
Sign up for our newsletter
POPULAR AT PATHEOS Nonreligious
1