Atlas Shrugged: Won’t Somebody Think of the Children? 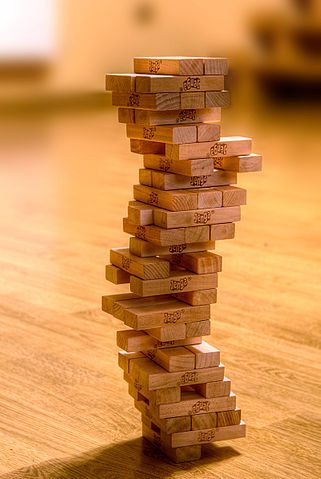 With Mr. Thompson’s failure, the rest of the looters are taking turns appealing to John Galt, trying to convince him to step in and save the world. Needless to say, it’s not going well:

“I… I’ll just throw myself on your mercy, Mr. Galt,” said Chick Morrison with a frantic smile. “You’re right. I’ll concede that you’re right — and all I can appeal to is your pity. Deep down in my heart, I can’t believe that you’re a total egoist who feels no pity for the people.” He pointed to a pile of papers he had spread on a table.

“Here’s a plea signed by ten thousand schoolchildren, begging you to join us and save them. Here’s a plea from a home for the crippled. Here’s a petition sent by the ministers of two hundred different faiths. Here’s an appeal from the mothers of the country. Read them.”

Galt remained motionless, not extending his hand for the papers.

I’m sure that what John Galt, or an Objectivist defending him, would say is that it’s not his fault these people are suffering, and that he can’t save them if the looters won’t get out of the way. Even so, you’d think someone presented as the hero of this story would feel some inner conflict about this, some trace of regret or pang of conscience. Whether he can help them or not, millions of people are about to perish, including children who can’t possibly be responsible for the desperate state of the world. That’s a prospect that any decent and compassionate person ought to be troubled by.

But no. As far as we’re told, John Galt is utterly unmoved by the idea of children starving to death. He’s not even interested in hearing their pleas, to the point where he slaps down the person who tries to deliver their letters to him. And the next section confirms it:

“I can’t argue, Mr. Galt. I’m just begging for your pity. They’re suffering. I’m begging you to pity those who suffer. I’m… Mr. Galt,” he asked, noticing that Galt was looking off at the distance beyond the window and that his eyes were suddenly implacable, “what’s the matter? What are you thinking of?”

“Did they feel any pity for Hank Rearden?”

I do wonder what he was about to say before Galt cut him off. If it were me, I would’ve said, “He was a powerful multimillionaire executive who lived in a mansion, owned a private jet, enjoyed every luxury he desired and spent his career doing exactly what he wanted to do. The worst thing he suffered was having to follow regulations he personally disagreed with, and it’s grotesque to compare that to people who are literally facing death by starvation.”

While this is the most explicit we’ve seen it, Galt’s lack of sympathy and disdain for everyone in the outside world is something we saw hinted at earlier, in Rand’s asserted view that all the looters, from top government officials right down to ordinary poor people, are aware of what they’re doing and working together in a deliberate plan to ruin the good guys’ lives. It follows, in Rand’s view and therefore in Galt’s, that everyone outside their tiny handful of striking capitalists is equally guilty, right down to the children, and equally deserving of ruin and death as retribution. (We saw capitalist children in the Gulch; why not evil looter children?)

“It’s the question of moral responsibility that you might not have studied sufficiently, Mr. Galt,” Dr. Ferris was drawling in too airy, too forced a tone of casual informality. “You seem to have talked on the radio about nothing but sins of commission. But there are also the sins of omission to consider. To fail to save a life is as immoral as to murder…

For instance, in view of the desperate shortage of food, it has been suggested that it might become necessary to issue a directive ordering that every third one of all children under the age of ten and of all adults over the age of sixty be put to death, to secure the survival of the rest. You wouldn’t want this to happen, would you? You can prevent it. One word from you would prevent it. If you refuse and all those people are executed — it will be your fault and your moral responsibility!”

“You’re crazy!” screamed Mr. Thompson, recovering from shock and leaping to his feet. “Nobody’s ever suggested any such thing! Nobody’s ever considered it! Please, Mr. Galt! Don’t believe him! He doesn’t mean it!”

“Oh yes, he does,” said Galt. “Tell the bastard to look at me, then look in the mirror, then ask himself whether I would ever think that my moral stature is at the mercy of his actions.”

For once, I’ll admit, this is an example of an Ayn Rand villain actually acting like a traditional bad guy. Trying to force the hero to make an impossible choice, like either forsaking his principles or letting innocent people perish, is a time-honored and reliable signifier of villainy.

But it also shows just how unheroic John Galt is. The traditional hero’s response to the forced dilemma is righteous defiance (“You’ll never get away with this!”), often followed by them taking a third option to save everyone. But if Galt is angry, it’s only because the villain is impugning his own moral integrity. It’s certainly not because he cares in the slightest about the fate of those innocent people.

At his wits’ end, Mr. Thompson goes to see Dagny again and asks if she’d consider speaking to Galt. But she refuses, keeping up the pretense that she hates him:

“I tried to reason with him, the night I found him. I heard nothing but insults in return. I think he resents me more than he’d resent anyone else. He won’t forgive me the fact that it was I who trapped him. I’d be the last person to whom he would surrender.”

“Yeah… yeah, that’s true… Do you think he will ever surrender?”

“He will,” she said firmly. “He’ll give in, if you treat him right. He’s too ambitious to refuse power. Don’t let him escape, but don’t threaten him — or harm him. Fear won’t work. He’s impervious to fear.”

Something else I noticed is that the bad guys of this book never doubt that John Galt has done what he claims to have done. They never accuse him of having kidnapped or killed all the missing industrialists – which, you have to admit, would be a plausible theory. They never question how a single person could have had such a magically persuasive effect on so many of the rich and powerful, or how he found time to travel the country visiting the one-percenters while also working as a menial laborer. They never say (even as a ploy), “If you’ve really got all these industrialists hidden away, let us talk to them so we know they’re alive and that they’d come back if you asked them to.” Of course, the only reason they don’t wonder about it is because they know what story they’re in.

John Galt’s captivity is taking a toll on Dagny, as she’s increasingly coming to hate her job and her customers:

Were she able to feel — she thought as she walked through the concourse of the Terminal — she would know that the heavy indifference she now felt for her railroad was hatred. She could not get rid of the feeling that she was running nothing but freight trains: the passengers, to her, were not living or human. It seemed senseless to waste such enormous effort on preventing catastrophes, on protecting the safety of trains carrying nothing but inanimate objects. She looked at the faces in the Terminal: if he were to die, she thought, to be murdered by the rulers of their system, that these might continue to eat, sleep and travel — would she work to provide them with trains? If she were to scream for their help, would one of them rise to his defense?

As it turns out, she’s not entirely without allies. When Dagny gets home that night, she finds an envelope slipped under her door. Inside is a note “written by a hand she knew” that says, “Dagny: Sit tight. Watch them. When he’ll need our help, call me” and gives her a phone number. It’s signed “F.”

What we’re meant to take from this section is that Dagny is coming to see the world John Galt’s way, in that she no longer wants to run her railroad for the benefit of the looters. But part of this adoption of the Galtian viewpoint is an extreme dehumanization of the rest of humanity. She now views her passengers – her paying customers – as “inanimate objects”, “not living or human”, and she thinks it’s “senseless” to waste any effort on trying to ensure their safety or keep them alive.

It’s no wonder John Galt is so cold and impassive in the face of pleas for help: he doesn’t even recognize his fellow human beings as living or feeling. Where the rest of us might see hungry children or disabled people freezing to death, he just sees an assemblage of inanimate objects, like lumps of clay or bronze statues. He has no more qualms about their fate than a toddler would in knocking over a stack of blocks. Would you want to live in a society where someone like that was in charge? As soon as you deviated, even slightly, from his absolute will, you too would lose your humanity in his eyes and become a mere piece of rubbish to be disposed of.

March 6, 2016 Photo Sunday: Sign of Spring
Recent Comments
0 | Leave a Comment
Browse Our Archives
get the latest from
Daylight Atheism
Sign up for our newsletter
POPULAR AT PATHEOS Nonreligious
1