The Church of Not Gay 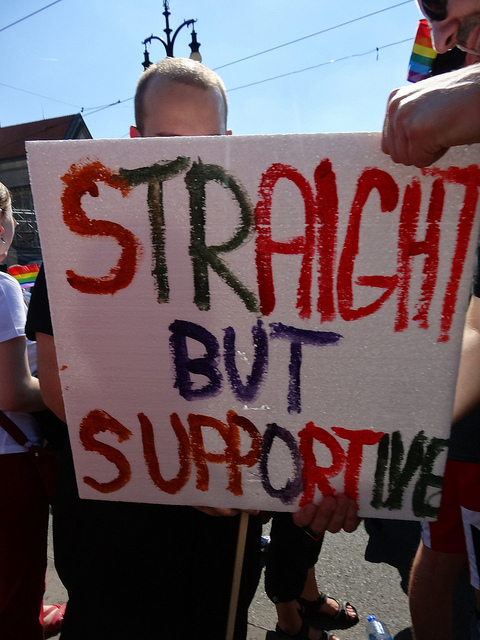 In the riot of awful laws coming out of Republican-controlled statehouses, Mississippi’s HB1523 may or may not be the worst. It has a lot of competition for that title. But I’d argue that out of all these bills, it’s the one that gives the clearest insight into the motives of its supporters.

The law’s obligatory Orwellian name is the “Protecting Freedom of Conscience from Government Discrimination Act”. It claims to shield people from state interference or punishment for following their sincerely held religious beliefs. But as Ken White of Popehat explains, it bizarrely confers this protection on three, and only three, specific religious beliefs. To wit:

SECTION 2. The sincerely held religious beliefs or moral convictions protected by this act are the belief or conviction that:
(a) Marriage is or should be recognized as the union of one man and one woman;
(b) Sexual relations are properly reserved to such a marriage; and
(c) Male (man) or female (woman) refer to an individual’s immutable biological sex as objectively determined by anatomy and genetics at time of birth.

Dubious constitutionality notwithstanding – how can some religious beliefs which lawmakers happen to like enjoy greater legal protection than others? – this law is an extremely revealing glimpse into the mindset of the religious right. Its sponsors don’t even make a pretense of believing that religion should concern itself with anything other than policing other people’s sexual behavior and adherence to stereotypical gender roles. As Amanda Marcotte says:

If you belong to a church that doesn’t preach hate — and there are many faiths, both Christian and otherwise, that accept LGBT people and don’t think premarital sex is a sin — too bad, so sad. The state of Mississippi doesn’t think your religion is a legitimate one. The only faith deemed worthy of this kind of legislation is the kind that teaches that religion’s purpose is in policing other people’s sexual behaviors.

The malevolent implications of this law are virtually endless. It would permit landlords to kick out single people for having sex and therapists and counselors to openly discriminate against transgender people. It allows government employees to refuse to issue marriage licenses to same-sex couples and forbids the state to discipline them for proselytizing on the job. Depending on how you read section 2c, it could also allow business owners to fire female employees for not wearing skirts or makeup (because dressing or acting in a non-gender-stereotypical manner could be viewed as an attempt to alter or disguise one’s “immutable biological sex”).

In all these ways, the Mississippi law is a classic example of what I call the “Church of Not Gay“. This is a modern denomination of Christianity which holds as an article of faith that being gay or having non-procreative sex are the only sins worth noticing or caring about.* Any proposal to feed the hungry, shelter the homeless, care for the sick, give charity to the poor, work for peace, spread democracy, combat racism, or conserve the planet on which we all live – all these things are, in their eyes, irrelevant distractions from the grand and all-consuming mission to regulate what other people do with their genitals. Nothing else can be allowed to interfere with or take precedence over this urgent cause.

The Church of Not Gay claims the allegiance of a broad cross-section of wealthy and powerful Christians who previously belonged to other denominations. Start with the coalition of religious-right leaders who forced out Richard Cizik from his leadership role at the National Association of Evangelicals because he was “using the global warming controversy” to “shift the emphasis away from the great moral issues of our time”, namely abortion and gay marriage. Add to that list the formerly Catholic, Orthodox and evangelical signers of the Manhattan Declaration, who vowed to disobey any law that restricted their ability to punish abortion or gay marriage. And the lawmakers in Mississippi, Kansas, Arizona and elsewhere who sought to exempt LGBT people from equal-protection laws definitely qualify.

Kim Davis, the multiply-divorced-and-remarried gay-hating Kentucky clerk, was and is a member of the Church of Not Gay. As I wrote at the time:

Even if her divorcing-and-remarrying days are behind her, that doesn’t explain why she doesn’t view her current marriage as adulterous and therefore invalid. And it especially doesn’t explain why she isn’t denying marriage licenses to divorced people, or people in mixed-faith relationships, or any of the other categories the Bible expressly prohibits. Her high regard for “God’s authority” is inconsistent and selective.

Like Davis, the Christian “bakers and florists of conscience” are all members of the Church of Not Gay, as the Williamette Week cunningly demonstrated. They called up two Oregon bakeries who infamously refused to make cakes for same-sex weddings to find out whether they’d help celebrate some other distinctly non-Jesusy occasions. Turns out they would:

Surprisingly, the people who answered the phone at each bakery were quite willing to provide baked goods for celebrations of divorces, unmarried parents, stem-cell research, non-kosher barbecues and pagan solstice parties.

The list goes on and on and on. The Christian Legal Society, a college group that demanded the right to discriminate, only wanted to exclude potential gay members. There were the conservative politicians who said in 2006 that preventing same-sex marriage was “five times as important” as winning the war on terror, stabilizing Iraq, or rebuilding New Orleans in the aftermath of Hurricane Katrina.

Even the Supreme Court has members who belong to the Church of Not Gay. That’s the only conclusion you can draw from the opinion of the conservative justices who said in their Hobby Lobby ruling that religious objections to birth control must be accommodated by the law, but equally strong religious objections to other laws needn’t be.

The culture warriors who backed the Mississippi bill and others like it may delude themselves that they’re winning one battle after another, but they’re blind to the Pyrrhic cost of these victories. Even in 2007, young non-Christians believed by an overwhelming margin that Christianity was irrationally obsessed with persecuting homosexuality. Everything that the religious right has done since then will only strengthen and cement that impression. And in a wider world that’s more and more tolerant, that’s a death knell. To justify their single-minded obsession, they’d doubtless claim to be concerned about ensuring the future of the human race. Ironically, it’s their own future they’re slowly choking off.

* Although the anti-abortion plank is spreading to encompass all forms of contraception, and as the Mississippi bill suggests, transgender rights are almost certainly next on the list. 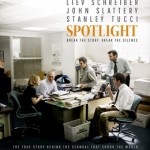