This week was a huge achievement for Elon Musk’s SpaceX, which delivered another payload to orbit – an inflatable habitat module for the International Space Station – and then successfully landed its Falcon 9 reusable rocket on an unmanned drone ship platform waiting for it out at sea.

The company has already achieved a rocket landing on solid ground, but this is their first successful sea landing after several previous attempts crashed and exploded. The sea landing is more technically challenging, but it’s an essential step since it gives them much more flexibility in where the rocket can touch down. (The drone ship is named the Of Course I Still Love You, a reference to Iain Banks’ Culture series – somehow that’s the part of this whole story that makes me happiest.)

You can watch the landing from the rocket’s perspective:

Onboard view of landing in high winds pic.twitter.com/FedRzjYYyQ

The SpaceX landing was the biggest spectacle, but the slow rollout of this technology continues elsewhere as well. Also this week, six fleets of semi-autonomous trucks made by different manufacturers and starting from different places drove across Europe to meet in the Dutch port of Rotterdam. While the trucks weren’t fully self-driving, the convoy was a proof of concept of “platooning” technology – robot-guided vehicles linking up and communicating wirelessly to follow each other much closer than human drivers could – which saves fuel and reduces traffic.

And in Trikala, Greece, autonomous buses have been carrying passengers around the city for six months as part of an EU pilot program:

The robots are coming, and I for one can’t wait. It’s like watching your baby take their first steps, but for the whole human species. 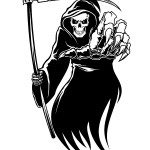 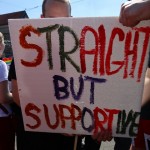