The Bad Parable of the Prodigal Son 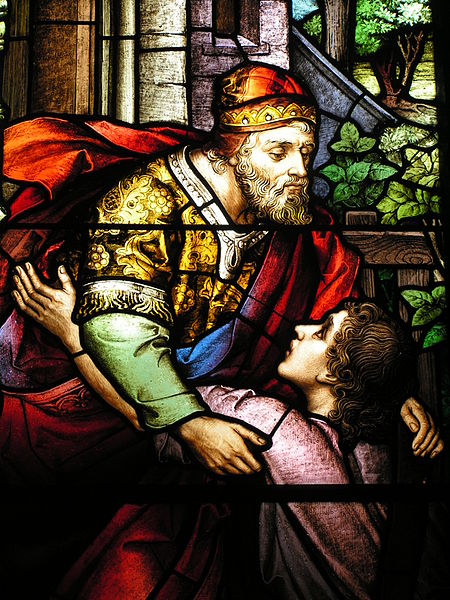 The tale of the prodigal son is one of the Christian Bible’s most famous parables. But there’s something about it that’s never sat right with me:

“A certain man had two sons. And the younger of them said to his father, Father, give me the portion of goods that falleth to me. And he divided unto them his living.

And not many days after the younger son gathered all together, and took his journey into a far country, and there wasted his substance with riotous living. And when he had spent all, there arose a mighty famine in that land; and he began to be in want… And when he came to himself, he said, How many hired servants of my father’s have bread enough and to spare, and I perish with hunger! I will arise and go to my father, and will say unto him, Father, I have sinned against heaven, and before thee, and am no more worthy to be called thy son: make me as one of thy hired servants.

And he arose, and came to his father. But when he was yet a great way off, his father saw him, and had compassion, and ran, and fell on his neck, and kissed him. And the son said unto him, Father, I have sinned against heaven, and in thy sight, and am no more worthy to be called thy son. But the father said to his servants, Bring forth the best robe, and put it on him; and put a ring on his hand, and shoes on his feet: and bring hither the fatted calf, and kill it; and let us eat, and be merry: for this my son was dead, and is alive again; he was lost, and is found. And they began to be merry.

Now his elder son was in the field: and as he came and drew nigh to the house, he heard music and dancing. And he called one of the servants, and asked what these things meant… And he was angry, and would not go in: therefore came his father out, and intreated him.

And he answering said to his father, Lo, these many years do I serve thee, neither transgressed I at any time thy commandment: and yet thou never gavest me a kid, that I might make merry with my friends: but as soon as this thy son was come, which hath devoured thy living with harlots, thou hast killed for him the fatted calf. And he said unto him, Son, thou art ever with me, and all that I have is thine. It was meet that we should make merry, and be glad: for this thy brother was dead, and is alive again; and was lost, and is found.”

Even before I became an atheist, this story bothered me. It’s supposed to be a beautiful lesson about forgiveness and redemption, but it’s always been obvious to me that the moral is skewed at best, and at worst outright bad.

What bugs me about this is that the older son was right to be angry. He stayed home, he worked in the fields, he was responsible and prudent, and he got nothing for it. Meanwhile, his brother squandered his entire inheritance on frivolous partying and only came crawling back when he was poor and hungry, and he wasn’t just welcomed, but richly and lavishly rewarded. What kind of message does this send?

If you want people to behave morally, you have to get the incentives straight. It’s certainly allowable to forgive repentant wrongdoers – after all, when people do evil, you should give them some motivation to stop – but shouldn’t we reserve the greatest rewards for people who did the right thing from the beginning? Doing anything else sends the message that what we value most highly isn’t “good all along”, but “evil for as long as you can get away with, then a turn to good as a last resort”.

After all, the prodigal son (and note “prodigal” really means “wasteful”) didn’t come back because he had a sudden epiphany, because he realized his conduct had been greedy and wasteful. No, he came back because he ran out of money and got hungry! In other words, he started to feel consequences from his irresponsible behavior. That’s the lowest and most self-serving of reasons for regret. It’s like a criminal who only feels sorry because he got caught.

Even when we’re willing to forgive, the wrongdoer should have to put forth some proof that they’ll behave differently in the future, both for their sake and for everyone else’s. The prodigal son said he’d come back even if he had to work as a servant, but that commitment was never put to the test. What lesson did he learn from all this, do you think? If he comes into a second inheritance, is he likely to spend it more wisely, or to blow it all again, knowing that forgiveness will always be waiting down the road?

This is the same flawed religious morality that says you can lead a life of wickedness, be wasteful and thoughtless and greedy, but everything will be OK as long as you repent on your deathbed, even if you never make restitution or apologize to the people you’ve harmed. And the flipside of this is that God doesn’t care about good works, so trying to be an honest and compassionate person is just wasted effort if you haven’t uttered the proper magic words.

This forgiveness-for-free mentality is prevalent in our politics and our culture. It’s what allows preachers, professional sex scolds and family-values politicians who go through multiple divorces and affairs, or get caught covering up other misdeeds, to survive. They may issue a blubbering apology, maybe resign or step back from public life for a while, but then inevitably announce that they’ve been forgiven and that they’re better people for it. And more often than not, they’re welcomed back with open arms by their pious colleagues. It’s a moral narrative that doesn’t just allow for, but actively expects, misdeeds and hypocrisy. 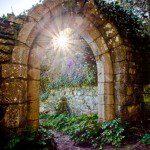