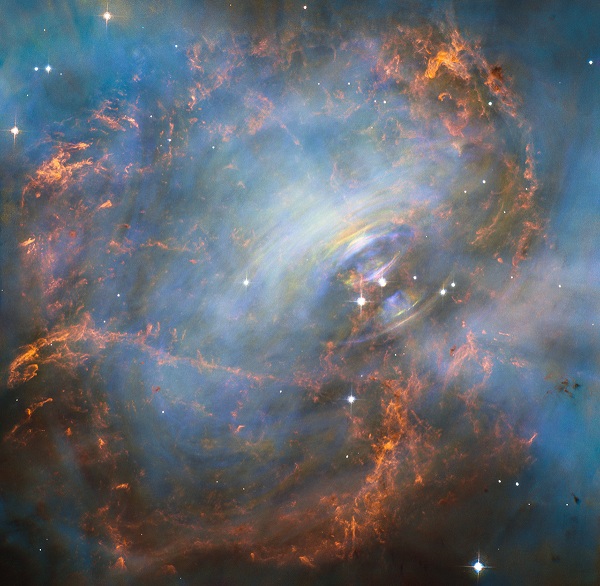 In life and in death, Ayn Rand stands alone as the supreme advocate of individualism. No one was fiercer in defending the romantic idea that you should follow your conscience above all else, chase your dreams whatever the price, and ignore the taunts and scorn of the masses along the way.

At least, that’s the popular conception. It’s certainly how Rand thought of herself. But Atlas Shrugged offers surprising evidence to the contrary.

The last third of Atlas shows us Galt’s Gulch, the secret utopia where the world’s greatest capitalists have hidden themselves away to punish ungrateful humanity. It’s there that we get a shock, because when the narrative comes to Galt’s Gulch, that ferocious individualistic spirit vanishes.

Instead of a no-holds-barred competitive maelstrom, the Gulch is a placid, pastoral society where everyone gets along with everyone else and everyone agrees about everything. The great businessmen who live there, supposedly the world’s foremost individualists, act and think with perfect unanimity, like a school of fish. There’s no real competition because everyone knows what job they’re supposed to do, and because every businessman perceives his place in the Randian great chain of being and willingly bows to his superiors.

This dizzying perspective switch sums up so much of how Ayn Rand thought. It also, not coincidentally, predicts how the intellectual movement she tried to build ultimately ended up in ruins.

Rand believed that reason was the only means of discovering truth, and in principle I’d agree. But while most people define reason as a method for finding the truth, Rand defined it more like religious faith: a set of beliefs to be accepted dogmatically. She believed that by virtue of being the founder of Objectivism, she herself was the most rational person ever to live, and therefore all her opinions were the correct ones. Anyone who thought hard enough was bound to come to exactly the same conclusions as her. If you didn’t agree with her about anything, that just meant that there was a flaw in your thinking somewhere.

Rand was a masterful rationalizer, capable of churning out elaborate arguments for why her personal tastes were really categorical imperatives of reason. A heavy smoker, she absurdly argued that smoking was rationally proper because it symbolizes humanity’s control of fire. (Late in life, she quit smoking after contracting lung cancer and having surgery, but she never issued a public retraction.) She arbitrarily categorized artists and musicians as “rational” and “irrational” based on which ones she liked, leading to some comical episodes as her followers scrambled to mimic her expressed opinions. At Objectivist social events, “dozens of women” appeared in gowns identical to the one Dagny wears in one scene. And then there was the episode of the Objectivist dining table:

“When Ayn and [her husband] Frank purchased a new piece of furniture, the Objectivist dining table became all the rage.” (Jennifer Burns, Goddess of the Market, p.237)

Rand was convinced that her intellectual framework governed at every scale, from the smallest and most mundane up to the largest and most consequential. For example, she believed that there was one and only one force controlling the course of history: namely, the eternal conflict between noble producers and grasping looters. Family ties, political organization, religious beliefs, national and tribal loyalties, ethnic antagonisms, herd behavior – none of these play any role in Rand’s cosmology, and none of them need to be taken into account to understand current events. Like all totalizing cults, her ideology sought to reduce the world to a single, Manichaean conflict between the forces of light and darkness.

Absent from this philosophical scheme is the notion of human fallibility. She was convinced that no one was sincerely mistaken – that everyone who disagreed with her was consciously choosing evil because they secretly desired to die – and that it was impossible to err as long as you start with the right premises. Again, this is something we see very clearly in Atlas. The protagonists are never mistaken and never make a bad bet. They’re all but omniscient in their ability to foresee the future.

Rand seemed to believe that because she could write a fictional world where all this was true, it would carry over into the real world as well. In fact, she says as much in the afterword to Atlas Shrugged:

“I trust that no one will tell me that men such as I write about don’t exist. That this book has been written – and published – is my proof that they do.”

Like Christian apologists who cite the Bible as proof of the Bible, she somehow failed to notice the circularity of this. She, and to an extent her followers, treated Atlas as if it were holy writ that could be quoted to settle any dispute.

Last but not least, Rand believed that emotions were subject to full conscious control. She claimed that who you fall in love with is an expression of your deepest values. This idea, more than any other, is the one that brought her to grief and spelled the downfall of her movement.

At the height of its popularity, Objectivism exerted a powerful intellectual pull that drew in many devoted followers. Like other cults, it combined the seductive promise of a complete set of answers with the personal charisma and invincible certainty of its creator. For a time, it seemed as if it might conquer the world just as Rand had always envisioned it would.

But the fatal misstep was when Rand fell in love with her chief acolyte, Nathaniel Branden, and insisted that they had to have a sexual relationship even though they were both married to other people. Branden went along with this at first, but he gradually tired of it and tried to extricate himself gracefully. When he couldn’t, he began sleeping with another woman. When Rand found out about it, she was white-hot in her fury at this philosophical betrayal. She excommunicated Branden, purged every trace of him from her work, and ordered her remaining followers not to associate with him on pain of suffering the same fate.

This was the crisis that shattered the Objectivist movement. Like a star collapsing under its own gravity into a black hole, Rand’s certainty turned in on itself, contracting into a dense core of bitterness and paranoia. In her later years, she behaved more and more like a cult leader, furiously upbraiding her remaining disciples for the slightest misstep, demanding Soviet-style loyalty oaths and staging Stalinesque show trials, expelling and blacklisting people for increasingly minor transgressions. By the time she died, she was a miserable and isolated figure, having driven away almost every follower she’d ever had. (Today, the Ayn Rand Institute is run by the philosopher Leonard Peikoff, the last remaining member of Rand’s inner circle, who wound up as her heir by default.)

This is the grandest irony of all. In the name of reason and fearless individualism, Ayn Rand constructed a closed-loop intellectual world where no questioning, dissent or independent thought was tolerated. She ended up becoming the mirror image of the totalitarian ideology she fled from and despised. Although her ideas still have influence, Rand the person is very much a fringe figure today, and this is why. Libertarian philosophers like John Hospers said that Objectivism resembled “a strange church… where to deny a single thing was considered heresy” (Burns, p.223). Other libertarian-leaning think tanks, like the Cato Institute, have long since taken the place in conservative thought she hungered for.

More than anything else, Rand craved mindless adulation and obedience. She was ferociously intolerant of anyone – even, or rather especially, other libertarians – who didn’t echo her views in every detail. She believed that moral consideration and trust shouldn’t be the default stance toward other human beings, but a scarce currency that was hard to earn and easy to squander. It’s no surprise that a philosophy which so zealously rejected compromise, cooperation and debate would prove to be self-limiting in the end.

The only influence Ayn Rand ever acknowledged was Aristotle, but she would have been better served by learning from some of his contemporaries. Like the tragedies of the Greek playwrights, she was doomed by her own hubris. The movement she created was imbued with all her flaws, and in the end its fate proved inseparable from hers. She grasped for the world, but missed, and when she failed, the grand intellectual edifice she sought to build came crashing down along with her. Only rarely in the course of human events is there an ending that’s so appropriate or so richly deserved.

This is my last post on Atlas Shrugged. To everyone who’s been following along for the past three years, thank you! It’s been a marathon, but every single post was a pleasure to write. I’m grateful to everyone who read, commented or otherwise contributed.

I’m planning to review The Fountainhead next, just so I can say I’ve done the entire Ayn Rand oeuvre, but that’s not going to start right away. In the next few weeks, I’m planning to post some of the extra material that I collected while researching this series but never found an opportunity to use.

July 6, 2016
I Get Religious Mail: Trust in God, Go Hungry Anyway
Next Post 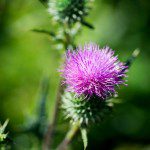