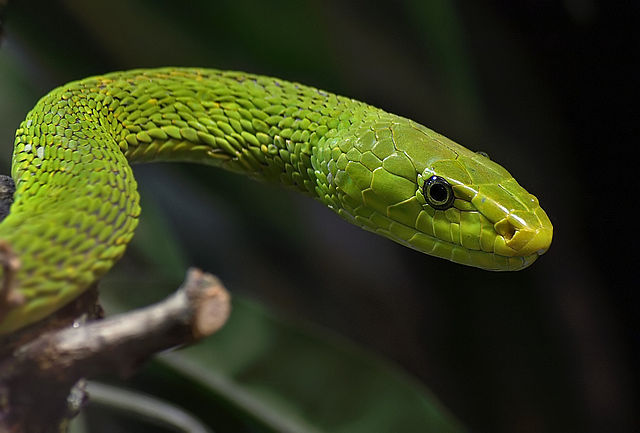 What was the best year in history? If you could choose any year out of the entire span of human existence so far to be alive in, which one should you pick?

You could pick your answer for any number of reasons. You might choose to live in the age of exploration, or at the dawn of the scientific revolution, or in the company of great historical figures. But if you want the best chance of living a peaceful and happy life, if you’re going solely by the numbers, then it’s obvious: the answer is 2015.

If you remember the brutal terrorist attacks and other well-publicized acts of inhumanity, that seems hard to believe. But the evidence is clear: out of all the years we’ve been keeping records, 2015 was the one that was the best for the most people.

The question, then, is why so few people realize this. Year after year, surveys show that most people believe, inaccurately, that crime is increasing. (The violent crime rate in the U.S. has plunged in the last several decades.) Even people who’ve personally lived through far more violent times often suffer from this illusion.

This is negativity bias, the human tendency to pay more attention to bad news than to good. It manifests in all kinds of ways, not just beliefs about crime rates: for instance, most people are far more sensitive to a potential loss than a larger potential gain. We overrate the odds of stock-market crashes and terrorist attacks.

This fearful pessimism was on full display at the Republican convention, stalking the stage like an uncaged beast. Speaker after speaker ranted and raged about terrorism, violence, weakness, vulnerability, and fear, fear, fear. It came roaring forth in its purest form from Republican nominee Donald Trump in his bleak, apocalyptic, vote-for-me-or-we-all-die acceptance speech:

Our convention occurs at a moment of crisis for our nation. The attacks on our police, and the terrorism in our cities, threaten our very way of life… Americans watching this address tonight have seen the recent images of violence in our streets and the chaos in our communities. Many have witnessed this violence personally, some have even been its victims.

…The number of police officers killed in the line of duty has risen by almost 50% compared to this point last year. Nearly 180,000 illegal immigrants with criminal records, ordered deported from our country, are tonight roaming free to threaten peaceful citizens.

The number of new illegal immigrant families who have crossed the border so far this year already exceeds the entire total from 2015. They are being released by the tens of thousands into our communities with no regard for the impact on public safety or resources.

Trump conjured the specter of one horror after another: ISIS terrorists masquerading as refugees, murderous hordes of Mexicans, police officers being mowed down in the streets, America decaying and besieged by hostile powers, the world crumbling in flames. Never mind that most of his claims were exaggerated or outright false. He was aiming at primal, gut-level appeal; an instinctive reaction, not a reasoned one. The election in November will tell us whether this is a winning strategy.

You have to wonder why people are so eager to believe the worst, even when the numbers say the opposite. It could be a lingering trick of our ancestry, a quirk of evolved minds: in humanity’s ancestral environment, when we were living on the edge of survival, most bad news represented disasters that needed attention right away, so we’re adapted to overemphasize it. But there could also be a more mundane explanation. We tend to believe that something is more likely when we can more easily call an example to mind. And in a more peaceful world, bad news stands out more than it used to, and paradoxically becomes more salient.

This is why atheists and rationalists must resist fear. Fear makes us simple-minded, intolerant of difference, anxious about change. Fear makes us shrink and withdraw, makes us anxious to cling to what we have, unwilling to explore or to build. Fear feeds the cause of religious fundamentalists, fanatics, and strongmen – everyone who sees a world drawn in simple lines of black and white. Fear makes people flock to dangerous demagogues who promise to keep us safe, whatever the cost.

Optimism is our weapon in the battle against irrational fear. We can’t erase negativity bias, but we can and should point out the facts about how much better we have it, compared to nearly everyone who’s ever lived. We can remind people of the improvements that have happened within living memory. And we can make the point that prosperity ultimately comes only from trust and cooperation, not xenophobia and suspicion. The fearmongers only offer retreat and retrenchment. They want to make us small.

July 25, 2016
Ten Reasons Why Donald Trump Is Unfit to Be President
Next Post

July 29, 2016 We Need All the Brainpower We Can Get
Recent Comments
0 | Leave a Comment
"they avowed their certainty that Jesus would bring her back to life:Despite this not being ..."
Bob Seidensticker The Strange Sad Story of Olive ..."
"...currently every single link in the "Trending at Patheos Nonreligious" is to a "I'm moving ..."
OverlappingMagisteria Announcing: OnlySky
"I've already signed up on Jonathan Pearce's site. Looking forward to the new digs."
ORAXX Announcing: OnlySky
"Interesting. Although if Andrew Hall is coming along, I hope the new site will make ..."
bificommander Announcing: OnlySky
Browse Our Archives
get the latest updates from
Daylight Atheism
and the Patheos
Nonreligious
Channel
POPULAR AT PATHEOS Nonreligious
1