Ten Reasons Why Donald Trump Is Unfit to Be President

Ten Reasons Why Donald Trump Is Unfit to Be President July 25, 2016 Adam Lee 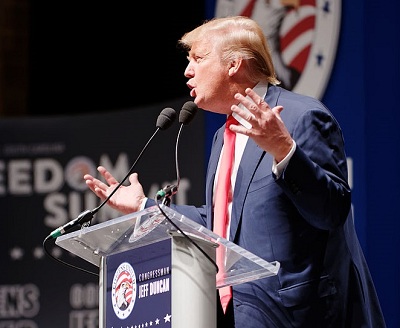 I’ve written about why Donald Trump won’t be elected president, but I haven’t spent as much time on the reasons why he shouldn’t be elected.

In part, this is because it’s almost too hard to keep track! Scandals that, individually, would fell any other campaign, pile up so quickly with Trump that they blur together and their impact is lost. Besides, Trump’s most devoted followers don’t care what the truth is, either because they’re enthusiastic for his message of white supremacy and aggressive belligerence, or because blinders of partisan loyalty make them feel obligated to support their party’s nominee no matter what.

Nevertheless, I believe the record has to be kept. I’m sure I didn’t get everything, so if you can think of reasons beyond the ones I list here, feel free to put them in the comments. I’d like to make this post into a running tally of the reasons why Trump is the most horrifyingly unqualified candidate a major party has ever fielded for president.

10. His racist treatment of black people. Trump’s embrace of birther conspiracy theories about America’s first black president ought to have been a tipoff. But there’s a longstanding trail of evidence that he and his business empire trafficked in ugly racial prejudice:

One early red flag arose in 1973, when President Richard Nixon’s Justice Department — not exactly the radicals of the day — sued Trump and his father, Fred Trump, for systematically discriminating against blacks in housing rentals.

…To prove the discrimination, blacks were repeatedly dispatched as testers to Trump apartment buildings to inquire about vacancies, and white testers were sent soon after. Repeatedly, the black person was told that nothing was available, while the white tester was shown apartments for immediate rental.

A former building superintendent working for the Trumps explained that he was told to code any application by a black person with the letter C, for colored, apparently so the office would know to reject it. A Trump rental agent said the Trumps wanted to rent only to “Jews and executives,” and discouraged renting to blacks.

9. His sexist treatment of women. It’s no secret that Trump is known for his crudely misogynist language and demeaning treatment of women he sees as either too attractive or not attractive enough. His suggestion that Megyn Kelly had “blood coming out of her wherever” when she interrogated him at a debate is just the latest in a long line of sexist sneers:

This is the public treatment of some women by Mr. Trump, the presumptive Republican nominee for president: degrading, impersonal, performed. “That must be a pretty picture, you dropping to your knees,” he told a female contestant on “The Celebrity Apprentice.” Rosie O’Donnell, he said, had a “fat, ugly face.” A lawyer who needed to pump milk for a newborn? “Disgusting,” he said.

… When “Lost Tycoon: The Many Lives of Donald J. Trump,” by the journalist Harry Hurt III, was released in 1993, it included a description of a night in which Mr. Trump was said to have raped Ivana in a fit of rage. It also included a statement from Ivana that Mr. Trump’s lawyers insisted be placed in the front of the book. In the statement, she described an occasion of “marital relations” during which “I felt violated, as the love and tenderness, which he normally exhibited toward me, was absent.”

—Crossing the Line: How Donald Trump Behaved With Women in Private, New York Times, 14 May 2016 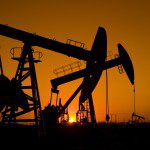 July 27, 2016 On Human Negativity Bias
Recent Comments
0 | Leave a Comment
"they avowed their certainty that Jesus would bring her back to life:Despite this not being ..."
Bob Seidensticker The Strange Sad Story of Olive ..."
"...currently every single link in the "Trending at Patheos Nonreligious" is to a "I'm moving ..."
OverlappingMagisteria Announcing: OnlySky
"I've already signed up on Jonathan Pearce's site. Looking forward to the new digs."
ORAXX Announcing: OnlySky
"Interesting. Although if Andrew Hall is coming along, I hope the new site will make ..."
bificommander Announcing: OnlySky
Browse Our Archives
get the latest updates from
Daylight Atheism
and the Patheos
Nonreligious
Channel
POPULAR AT PATHEOS Nonreligious
1