New on the Guardian: Should the Democrats Pander to Atheists?

New on the Guardian: Should the Democrats Pander to Atheists? August 2, 2016 Adam Lee 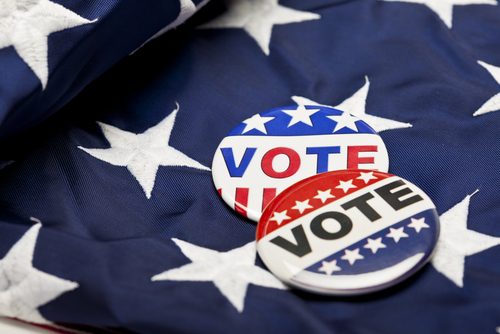 For all their lip service to diversity and inclusion, the Democrats snubbed atheists at their convention and in their official party platform this election year. The convention was all God all the time, with not a word of acknowledgement for the increasingly important non-religious part of their voting base.

Is there any hope for this partnership? I argue that there is, and that atheists’ votes and political organizing has had a profound effect on the Democrats, even if their rhetoric hasn’t shifted to recognize it. That’s the topic of my new piece on the Guardian, Why do Democrats keep snubbing atheists? We help drive the party. To find out more, read the excerpt below, then click through to the full piece:

Atheists could be forgiven for feeling snubbed this election season. This, even though there are as many secular Americans as there are white evangelical Americans, and “no religion” is now the most common affiliation of registered voters, surpassing Catholics, evangelicals and mainline Protestants.

And we vote Democratic by huge margins. In 2012, the nonreligious vote put Barack Obama over the top in swing states like Ohio, Virginia and Florida. You would think that basic political tactics and electoral self-interest, if nothing else, would lead Democratic officials to do more to speak up for and celebrate this major and important part of their coalition…

August 3, 2016 Rise of the Atheist Voting Bloc
Recent Comments
0 | Leave a Comment
"they avowed their certainty that Jesus would bring her back to life:Despite this not being ..."
Bob Seidensticker The Strange Sad Story of Olive ..."
"...currently every single link in the "Trending at Patheos Nonreligious" is to a "I'm moving ..."
OverlappingMagisteria Announcing: OnlySky
"I've already signed up on Jonathan Pearce's site. Looking forward to the new digs."
ORAXX Announcing: OnlySky
"Interesting. Although if Andrew Hall is coming along, I hope the new site will make ..."
bificommander Announcing: OnlySky
Browse Our Archives
get the latest updates from
Daylight Atheism
and the Patheos
Nonreligious
Channel
POPULAR AT PATHEOS Nonreligious
1