Why We Shouldn’t Want Manufacturing Jobs Back 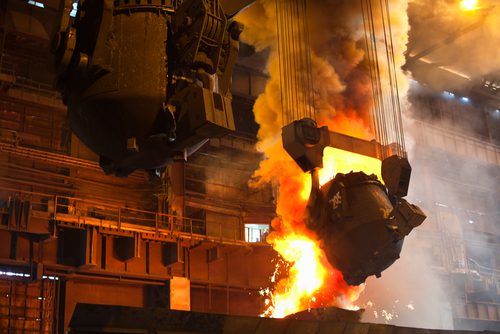 This story resonates because it’s easy for most people to imagine what’s been lost. Everyone can imagine a bustling assembly line, or a foundry where molten metal is poured in torrents of flame. Fictional characters like Atlas Shrugged‘s Hank Rearden, creating factories from scratch with his bare hands, feed the popular narrative of the heroic industrialist.

The conventional wisdom is that American manufacturing and industry, which offered secure jobs and a ticket into the middle class, was laid low by offshoring and free trade. There’s just one problem with this picture, and that’s that the numbers don’t bear it out:

In the last 20 years, which include enactment of the North American Free Trade Agreement and China’s entry into the World Trade Organization, real, inflation-adjusted U.S. manufacturing output has increased by almost 40%. Annual value added by U.S. factories has reached a record $2.4 trillion.

The American manufacturing industry hasn’t disappeared – far from it. In fact, we make more stuff now than we ever did, even in the supposed golden age of industry:

So in dollar terms, output is at record levels — worth more than $2 trillion. Back in 1964, remembered as a glorious time in our industrial history, factories generated only about $1.3 trillion in inflation-adjusted dollars. (source)

If it’s hard to find a “Made in the USA” tag on shelves, that’s because we mostly don’t make consumer goods like clothes or shoes anymore. But we do make plenty of high-tech products: pharmaceuticals, electronics, medical devices, advanced machinery, aircraft and aerospace. Tesla’s Gigafactory in Nevada, or Intel’s ultra-advanced D1D fab in Oregon, or the 3D-printing New Lab at the Brooklyn Navy Yard, are all examples of the kind of advanced manufacturing that’s going on today.

In terms of value added to the economy, U.S. manufacturing output is at an all-time high. What’s at a low – and here’s where the popular story comes closest to truth – is manufacturing employment.

Part of this, it’s true, is that low-skill industries have migrated to other countries. But an equally large part is that improvements in technology allow one employee to do work that once took many. It’s not the free trade, it’s the robots. (China’s manufacturing output is only slightly larger than ours, and they employ ten times as many people to do it.)

Manufacturing is following the same downward trend as agriculture, where an industry that once required huge numbers of laborers is becoming more efficient and mechanized. It used to be 38% of all jobs, and is now just 8%, even as overall productivity has risen.

And more innovations are coming. Engineers are using computer vision to solve a problem that’s long stymied them, namely sewing clothes. A robot can cut and weld steel plates, but fabric that can bend, stretch and wrinkle has been beyond their capability – until now.

This is exactly what we should want. We shouldn’t want make-work jobs, paying people to do by hand what could be done faster and more efficiently by machines. Most old-school manufacturing jobs were dirty, arduous, dangerous, low-paid, and often all four. Lest we be tempted to romanticize them, Jacob Riis describes the sweatshops of old New York – little different from the conditions that people still labor under today – in his muckraking classic How the Other Half Lives:

You are made fully aware of it before you have travelled the length of a single block in any of these East Side streets, by the whir of a thousand sewing-machines, worked at high pressure from earliest dawn till mind and muscle give out together. Every member of the family, from the youngest to the oldest, bears a hand, shut in the qualmy rooms, where meals are cooked and clothing washed and dried besides, the livelong day. It is not unusual to find a dozen persons – men, women, and children – at work in a single small room.

These kinds of jobs aren’t coming back, and we should be glad for that. More and better robots will free humanity from this drudgery, and we can use the liberated brainpower to come up with more new ways to improve our lives and take us ever closer to a post-scarcity society.

Of course, the real reason people are nostalgic for these jobs is that they didn’t take an advanced education. It does raise the question of what the new ladder out of poverty will be, if factory workers and garment workers are displaced by machines. I admit I don’t have a good answer for that. But whatever the solution may be, I’m certain that trying to rewind the clock and reverse the trend of human progress isn’t it. 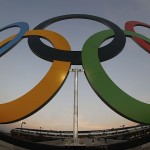 August 15, 2016 This Is Not Normal
Recent Comments
0 | Leave a Comment
"they avowed their certainty that Jesus would bring her back to life:Despite this not being ..."
Bob Seidensticker The Strange Sad Story of Olive ..."
"...currently every single link in the "Trending at Patheos Nonreligious" is to a "I'm moving ..."
OverlappingMagisteria Announcing: OnlySky
"I've already signed up on Jonathan Pearce's site. Looking forward to the new digs."
ORAXX Announcing: OnlySky
"Interesting. Although if Andrew Hall is coming along, I hope the new site will make ..."
bificommander Announcing: OnlySky
Browse Our Archives
Related posts from Daylight Atheism