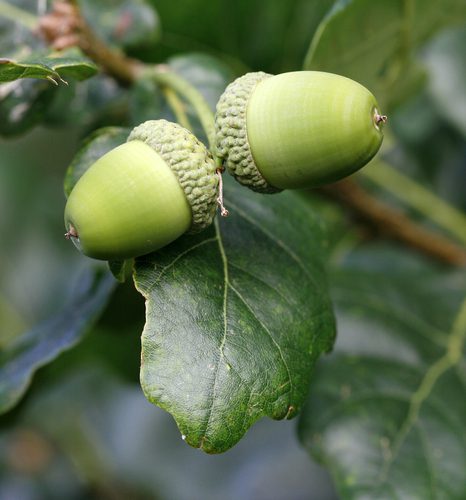 Over the past year leading up to the birth of my son, Elizabeth and I (her more than me, obviously) have had an intimate view of what it takes to bring a new human being into the world. And going through this has only cemented a view that she and I both held, namely that human reproduction is ridiculous.

Contrary to those who assume that pregnancy is “natural” and therefore easy, it’s the most burdensome and dangerous thing most ordinary people will ever do. At every step, there’s an opportunity for disastrous complication. This post will list just some of the ways it can go wrong. We didn’t experience all these pitfalls ourselves, thank goodness, but there are millions of people who do.

Getting pregnant is difficult and out of our control. As I wrote in “Is Sex for Procreation?“, human beings have a much harder time getting pregnant than other mammals. If the purpose of sex is reproduction, then sex is badly designed, given how often it fails to achieve that purpose.

Even in the best case – young, healthy couples who have sex during the window of maximum fertility – conception often fails to occur. The CDC estimates that about 12% of people, or around one in eight, are naturally infertile. In developing countries, it’s more common: as many as one in every four couples. Even expensive and arduous options like IVF can fail repeatedly, creating pain and heartbreak for couples who badly wanted to have children.

Pregnancy is physically taxing, sometimes to the point of disability or death. Even the “ordinary” symptoms of pregnancy – exhaustion, morning sickness, food aversions, difficulty moving and carrying – are nothing to dismiss lightly. Anyone who’s been pregnant can testify that it’s like running a nine-month marathon. In societies where survival depends on physical labor, even the most uncomplicated pregnancy can hamstring one’s ability to do what’s necessary for life.

But not all pregnancies are straightforward. Some of the more common, and potentially deadly, complications include pre-eclampsia (dangerously high blood pressure, affects between 2% and 8% of all pregnancies), hyperemesis gravidarum (morning sickness so severe it can cause death by dehydration without modern interventions like intravenous fluids and anti-nausea drugs), and gestational diabetes (which can cause blindness, kidney failure and heart disease). Ectopic pregnancy, which occurs in 1% to 2% of cases, is another abnormality that’s fatal without access to abortion (and continues to kill women where religious dogma holds sway).

Giving birth is life-threateningly dangerous. For human beings, unlike all other mammals, giving birth is a dangerous ordeal. That’s because the two adaptations that make us what we are directly conflict with each other. Our large brains require large heads, but standing upright and walking requires a narrow pelvis so the legs can be directly under the body’s center of gravity. This means that even in the best case, the pelvic passage is just barely big enough for an infant’s head to squeeze through.

To be born, a baby has to move in a tortuous path through the birth canal that forces their head to make two separate turns. Even then it would be impossible, except that infants’ skull bones aren’t fused so their heads can squash and distort. Human babies are also born completely helpless, at a developmental stage so early it would count as extreme prematurity for other primates.

Despite these evolutionary kludges, childbirth remains surpassingly dangerous. If the baby starts labor in the wrong position and gets stuck, or if their head is simply too big to fit, successful delivery can be impossible. Again, before modern medicine made C-sections survivable, this was a death sentence: the woman would labor uselessly until the baby contracted an infection and died, and that infection would then spread to her bloodstream and kill her by sepsis. Or if the placenta blocks the cervix (placenta previa) or detaches too early (placental abruption), the woman can hemorrhage to death, often killing the baby in the process.

Even when labor is successful, it can cause trauma. The newborn can suffer complications like Erb’s palsy (their neck is stretched too far, tearing nerves and causing partial paralysis), a broken collarbone, even stroke. The woman can also suffer problems like obstetric fistula, which was a lifelong source of ostracism and humiliation before surgical repair was possible.

Many babies die soon after birth. After surviving the rigors of pregnancy and the ordeal of birth, babies still aren’t in the clear. Despite all the effort and care it takes to bring them into the world, many of them die soon afterward. Until infant formula was readily available, they’d starve if their mother couldn’t produce enough milk and if there were no other lactating women available to substitute. Until antibiotics and vaccines, they could die from simple infections. Until incubators, ventilators and other innovations, even slightly premature infants stood little chance. According to the book Pushback by Amy Tuteur, as late as the early 20th century, up to 7% of newborn babies died within the first month of life.

The high rates of infant mortality through history are reflected in the brutal pragmatism of ancient societies, like the Bible’s instruction to census-takers not to count infants under a month old. It just wasn’t worth it until they’d lived long enough to instill some confidence that they’d survive to childhood.

At every step of the way, human reproduction is a laborious, risky, ill-designed process. If it was created by an intelligent designer, that designer would have to be either incompetent or malicious. The more rational explanation is that it was shaped by evolution, but evolution is a blind and haphazard algorithm only concerned with finding a “good enough” solution. As long as enough women are surviving childbirth to ensure the continuation of the species, natural selection is satisfied, even if many individual women and babies have disastrous outcomes. It’s only thanks to medical science that we’ve been able to even partially compensate for the many shortcomings of the reproductive process.

See also Elizabeth’s post, Why I Bowled for Abortion Access While I Was (Trying to Get) Pregnant. 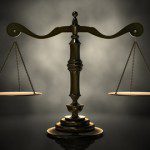 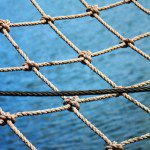 September 30, 2016 We're All In This Together: A Humanist Sermon
Recent Comments
0 | Leave a Comment
Browse Our Archives
get the latest updates from
Daylight Atheism
and the Patheos
Nonreligious
Channel
POPULAR AT PATHEOS Nonreligious
1