[I’m taking a break from the blog to bond with and care for my new son. Please enjoy this classic post! I’ll check in periodically to answer comments.]

Recently, the Catholic writer and apologist Mark Shea fielded a question from a reader who was disturbed by pro-slavery Bible verses quoted on an atheist billboard in Pennsylvania. Here’s the letter, in part (HT: Friendly Atheist):

One of my atheist/anti-Church friends posted a sign by American Atheists quoting Colossians 3:22 (Slaves, obey in everything those who are your earthly masters, not with eyeservice, as men-pleasers, but in singleness of heart, fearing the Lord.”) (Funny how they always jump on the controversial stuff but never quote “Love your enemy as yourself”).

Yeah! How dare those atheists pull the dirty trick of accurately quoting the Bible! Why do we have to make such a big deal out of a few measly verses advocating slavery and genocide – why can’t we just ignore those parts and focus on the warm and fuzzy stuff, like Christians do? (Also, since when is human slavery remotely “controversial”? I think the adjective this person was looking for was “immoral”, but he just couldn’t bring himself to apply it to the Bible.)

Shea’s correspondent was upset to learn about the Biblical sanction for slavery, and in his own words, had tried to find “a suitable explanation [of these verses] that would not make the Church look awful”. He failed to find any, so resorted to asking for advice. Shea, clearly perturbed, responded as follows:

I think that atheists like your friend really need to break free of fundamentalist magical thinking and learn to read books written by and for grownups.

Wait, what? Is Mark Shea saying that the Bible isn’t a book that grownups should read? I mean, not that I’m arguing, but I would have thought he’d make at least a token defense of his own holy text.

One of the things grownups understand is that things like the epistle to the Colossians were not written by a wizard who could wave a wand and eradicate an institution that had existed absolutely everywhere the fallen human lived since the dawn of time.

As one of the best comments on Friendly Atheist put it, “Except… Christians believe that the bible is inspired by a sky-wizard who could wave a wand and eradicate an institution that had existed absolutely everywhere the fallen human lived since the dawn of time.”

But let’s set that aside for now, since the question of why a supposedly benevolent god doesn’t do anything to prevent suffering and injustice in the world is a separate issue. There’s still an important point remaining, which Shea ignores: Even if we grant that the first Christians didn’t have the power to abolish slavery, the least they could do was not perpetuate it themselves. For example, Paul and the other NT authors could have commanded their fellow Christians to not participate in this cruel custom, to set their slaves free. But that’s not what we see. The Bible, in both the Old and New Testaments, expressly permits slavery and even allows slaveholders to beat their slaves. Jesus has nothing to say against slavery, but works it into a parable as if it were the most normal thing in the world, comparing God to a master who beats his slaves for disobeying him (Luke 12:47).

Holding Paul’s attitude toward slavery as one of the “givens” of the culture in which he was obliged to work as though it were some sort of crime on his part is like complaining that Gandhi “refused” to end all war on planet earth.

The obvious point which Shea staunchly ignores is that, even if Christianity was originally powerless and had to make political compromises to survive, those verses would be exploited later, when Christianity did achieve political power, as a brutal tool to keep slaves subservient by teaching them that their condition was God’s will and they shouldn’t seek to change it. That‘s what we fault Christianity for: not for what it did when it was powerless, but for what it did when it was powerful.

Zounds, a testable prediction! Mark Shea has angrily staked his reputation on the claim that, as Christianity declines, the slave trade will make a roaring comeback. Perhaps he’d care to flesh this out with details on how soon it will happen?

Given that church attendance in Italy, for instance, is so low that Christian pundits are calling it “Italy’s last Catholic generation“, it seems to me that it should be ten or fifteen years at the most before the Italians start having open-air slave auctions outside the gates of Vatican City. Anyone want to make a wager on that?

People who read the Bible looking for more than Selected Ammunition Verses, would realize that contained within the New Testament is, ultimately, the only thing that succeeded in finally extirpating slavery: namely, the insistence that man is made in the image and likeness of God and that Christ loves the slave as much as the master.

Not to be a stickler for history here, but I’m pretty sure it took more than pious proclamations of God’s love to end slavery. At least in America, it took a long and bloody war, in which the slaveholders repeatedly proclaimed that God was on their side. Also, just to emphasize the obvious, the extremely Christian slaveholders did believe that God loved slaves: they just didn’t believe that that precluded keeping them in slavery, which, again, is a position that the Bible clearly supports.

The mystical dogma of human equality in the eye’s [sic] of God (and that is what it is, not an empirical observation based on reason) is the only thing that has ever succeeded in killing the dragon of slavery.

Although it may not be immediately obvious, this – even more than the slavery apologism – is the most horrifying part of Shea’s essay. What it means is that he knows of no reasons why people should be treated equally. He has no argument for that position, other than a mystical, reasonless, unjustifiable belief that this is how God wants it to be.

In this one sentence, Mark Shea has proven why religious morality leads to so much suffering: because religious morality isn’t based on reason, it’s based on mystical dogma, and any mystical dogma is just as good as any other. If you believe that all people are equal in the eyes of God, you’ll act on that; and if you believe that God has decreed some people are born masters and others are born servants, you’ll act on that as well. What makes the mystical dogma of Mark Shea superior to the mystical dogma of the slaveholders? The only honest answer, once you throw reason out the window, is “nothing”. It’s this arbitrary quality, this indifference to human well-being, that has so often made religion a source of evil in the world.

Most people, when asked why slavery was wrong, would say that slaves were human beings with the same intellectual capacity, the same desires and dreams as everyone else. In other words, abolition came about for secular reasons based on human welfare. But because Shea doesn’t want to admit this, he pretends that the abolition of slavery and the progress of moral attitudes just happened, that there was no justification for it. He has to say this because the only alternative is to acknowledge the expanding circle of empathy, leaving the cruel and exclusionary commands of holy texts in the dust, that’s at the root of all human progress.

This is a pattern that’s repeating in our own time. Slavery was once an established fact, vigorously defended by Christians, but it was overthrown, and now Christians claim they were against it all along. In just the same way, Christians today fight ferociously against, for example, same-sex marriage and other rights for GLBT people. But they’re losing the demographic battle, and probably in no more than a generation, equal rights for gay and lesbian people will be a reality throughout the world. And when that happens, the Mark Sheas of the next generation will piously clutch their Bibles, with all the anti-gay verses intact, and proclaim it to be a mystical dogma of God’s will that of course gay people should have the same rights as the rest of us. And once again, we’ll see religion trying to take credit after the fact for a moral advance that, at the time, it did everything in its power to prevent. 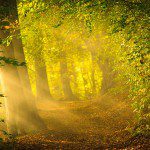 September 12, 2016
Repost: Why Atheism Is a Force for Good
Next Post

September 16, 2016 Repost: So Wrong For So Long: On Liberal Biblical Reinterpretation
Recent Comments
0 | Leave a Comment
Browse Our Archives
Follow Us!