Tell You The Truth? Not Our Job! 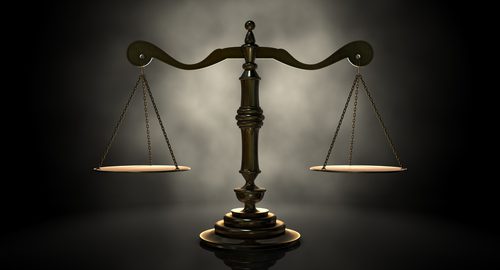 The American political media rarely rises above mediocrity. Even at the best of times, they’re overly focused on horse-race coverage, personality clashes and false balance, to the detriment of informed coverage of the issues. But this campaign seems to be bringing some of their worst instincts to the forefront.

To be clear, it’s perfectly appropriate for journalists to investigate the candidates. Anyone who’s running for leader of the most powerful country in the world deserves to be vetted and to have their life’s work scrutinized.

The problem is that all these investigations have found no wrongdoing, but rather than just say so, the reporters – perhaps reluctant to admit that their work was for nothing, or perhaps unwilling to be perceived as defending one candidate – feel a need to insert editorializing language about how “questions remain“, or deploy sinister metaphors about how the issue “clouds” or “shadows” Hillary’s campaign.

The champion of this slanted rhetorical style was yet another CNN story about Hillary’s e-mail server, which concedes that their reporting has “little in the way of major bombshells” but insists that wall-to-wall coverage is justified because it “helps keep the issue relevant“. It’s a journalistic style best described as “because we’re making smoke, there must be fire somewhere”.

Compare this to Donald Trump, whose foundation genuinely is a vehicle for massive corruption, and who lies routinely, flagrantly and as a matter of habit.

But even when Trump’s lies are pathetically obvious – as with his ludicrous denial that he’s been stoking the birther issue for years, and his even more ludicrous lie that Hillary Clinton, not him, kept the controversy alive – the New York Times’ public editor, Liz Spayd, resists the notion that the media should call them what they are. In a destined-to-be-infamous column, Spayd conceded that Trump was lying about his birtherism, but she said this:

That said, I think The Times should use this term rarely. Its power in political warfare has so freighted the word that its mere appearance on news pages, however factually accurate, feels partisan.

Even though Spayd agrees it’s factually accurate that Donald Trump is lying, she dislikes seeing that stated in black-and-white newsprint, because it “feels” partisan to say that one candidate is lying and the other isn’t. That feeling, for her, supersedes the journalistic duty to inform readers of the truth.

There’s also Chris Wallace, moderator of the upcoming first debate, who’s said “I do not believe it is my job to be a truth squad“.

Implicit in this argument is the belief that “partisan” is the one thing a major media outlet should never be. Even if the facts display a liberal bias (or, to be fair, a conservative bias or a libertarian bias), even if one side’s argument is supported by evidence and the others aren’t, the media should shut its institutional eyes to that. As I once heard it put, they should spend 50% of the time repeating what one side says and 50% of the time repeating what the other side says, and let the readers make up their own minds who sounds more credible.

This idea of the media as impartial stenographer may have made (a little) more sense when the major parties were more geographically and ideologically diverse. But in our era, when the parties are intensely polarized and one has made science rejection and denialism its cause for being, it’s a total abdication of duty. In fact, steadfast neutrality between fact and non-fact amounts to a validation of the Republican strategy that reality can be anything the speaker claims it is.

Trump, who has a brutish contempt for the facts exceeding any candidate who’s come before, ought to be the one to finally bury this ivory-tower both-sides-do-itism. And in a few cases, he has. But there are a few holdouts who seem determined to cling ever more tightly to the vestigial attitude that it’s not the media’s job to tell us what the truth is.

September 23, 2016
Repost: The World Is Changing and the Churches Are Afraid
Next Post 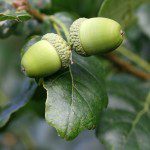 September 28, 2016 Human Reproduction Is Ridiculous
Recent Comments
0 | Leave a Comment
Browse Our Archives
get the latest updates from
Daylight Atheism
and the Patheos
Nonreligious
Channel
POPULAR AT PATHEOS Nonreligious
1