All the Kingdoms of the World

By now, you’ve heard, we’ve arrived at a new low in an election season that’s seen no shortage of them. In 2005, Donald Trump was caught on a hot mic backstage at Access Hollywood, bragging about his ability to sexually assault women and get away with it, and we’ve just heard the tape:

“I’ve got to use some Tic Tacs, just in case I start kissing her,” Trump says. “You know I’m automatically attracted to beautiful [women] — I just start kissing them. It’s like a magnet. Just kiss. I don’t even wait.”

“And when you’re a star, they let you do it,” Trump says. “…Grab them by the pussy. You can do anything.”

This shouldn’t be at all shocking. It fits with well-established facts about Trump’s character and the demeaning, misogynist ways he habitually treats women.

But for whatever reason, this is the story that’s overcome the “bed of nails” phenomenon and become a defining scandal causing Trump’s public support to collapse. Suddenly, elected Republicans are retracting their endorsements en masse. Some are calling on him to drop out.

But there’s one group that’s not abandoning Trump: the conservative white Christians who make up a large part of the Republican base. He won them over early in the campaign by speaking to their tribal anxieties, and they’re sticking with him. You’d think that Christian evangelicals, of all people, would be repulsed by a man using vulgar sexist slurs, gleefully recounting his attempted seduction of a married woman, and boasting about his ability to get away with groping strangers. But it hasn’t happened that way.

“Donald Trump’s comments were stupid and they were awful. But they were from some years ago,” Lane said in an interview Saturday. “The question is where is he now. Donald Trump is moving. He was on national television, he apologized, he said he was wrong.”

Who knew that there was a statute of limitations on mortal sin? (And Jesus said, “He who looks upon a woman with lust has already committed adultery with her in his heart. But if this happened some years ago, you know, don’t worry about it.”)

This just in: Donald Trump is a flawed man! We ALL sin every single day. What if we had a "hot mic" around each one of us all the time?

I’m sure that if every word I said in private were recorded and broadcast, there might be a few that would mildly embarrass me. You know what you wouldn’t hear? Me boasting about sexually assaulting anyone.

This comes from the twisted evangelical Christian morality where all sins are equally bad. Letting a choice blasphemy fly when you stub your toe is just as bad as raping or murdering someone, in that both make you unworthy of eternal salvation. On the other hand, if someone says the right magic words to obtain forgiveness, all their sins are washed away – regardless of their seriousness, and with no need to make restitution.

You’d think that Ben Carson, of all people, would be upset about this very un-biblical attitude. Instead, Carson’s spokesman displayed a remarkably cavalier attitude toward breaking one of the Ten Commandments, saying: “People commit adultery. It happens,” and added, “Hey, the flesh can be weak, my man.”

The list of religious-right bigwigs goes on and on. Tony Perkins of the Family Research Council said, “My personal support for Donald Trump has never been based upon shared values.” Ralph Reed said that for Christian voters, “a private conversation with a talk show host ranks low on their hierarchy of concerns”. Texas pastor Robert Jeffress said, “I would not necessarily choose this man to be my child’s Sunday School teacher. But that’s not what this election is about.”

Franklin Graham said that Trump’s comments “cannot be defended,” but that the Supreme Court outweighs everything else. Gary Bauer agreed that a “ten-year old tape of a private conversation in which Donald Trump uses grossly inappropriate language does not change the reality of the choice facing this country” and declared: “I continue to support the Trump-Pence Ticket.”

And, just to be ecumenical, right-wing Catholic David Bozell dismissed the tape as “locker-room banter” and said that Bill Clinton is worse. And that would be relevant, except that Hillary Clinton, not Bill, is running for president in 2016. Believe it or not, a married woman and her husband are two separate people.

For a full rundown, see Think Progress’ roundup of Trump’s “Evangelical Executive Advisory Board”. So far, all of them have either made excuses for his remarks, condemned them but refused to withdraw their support for him, or simply refused to comment. Not a single one who previously endorsed Trump has rescinded their support.

How can we explain this mind-blowing hypocrisy? Christian evangelicals claim to esteem “family values” above all else, yet they’re marching in lockstep to support a multiply married adulterer, ogler, groper, and who knows what else. When they engaged in an all-out assault on Bill Clinton in the 1990s, their rallying cry was “Character counts.” How can those who once called themselves the “Moral Majority” now decide that, on second thought, morality doesn’t really matter after all?

Many of them aren’t shy about the real reason for their support of Trump. One of them is Johnnie Moore of Liberty University (remember him?) who said this:

“Most conservative evangelicals who are voting for Trump have never been under the illusion that Trump has a puritan past. They are more concerned about the present and whether or not he is more likely than Hillary Clinton to protect their religious liberty, appoint conservative judges and protect the life of the unborn.” (source)

Basically, it’s all about the Supreme Court. With Antonin Scalia gone and other justices likely to die or retire soon, the next president’s appointees could decide the balance of power for decades. The religious right knows as well as we do that the country is becoming more secular, and they believe this is their last chance to hold back the tide.

But wait a minute. The religious right’s position that they have to support Trump regardless of his personal moral failings, because his election would give them power to accomplish their political goals, reminds me of something. What was it again? Oh yeah:

Again, the devil took him to a very high mountain, and showed him all the kingdoms of the world and the glory of them; and he said to him, “All these I will give you, if you will fall down and worship me.”

In the story these Christians claim to believe in, Jesus rejected the offer of temporal power because worshipping the devil was an unacceptable price to pay, and because it wasn’t what he was after anyway. In actual reality, these Christians are eagerly falling down and worshipping their orange devil, because they really, really want power and that’s what he promises to give them. Not only are they untroubled by the parallel, they’ve shown no sign that they’re even aware of it.

Even an atheist can see that the religious right has a perverse genius for reading the Bible and taking away the exact wrong lesson. Somehow, they’ve read this parable and concluded that worldly dominion and empire is what Christians should seek, and that no price, not even their own self-respect, is too high. Their hypocrisy is so brazen that it’s practically a talent. 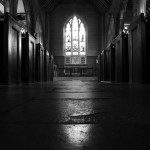