How Liberal is Catholicism, Really? 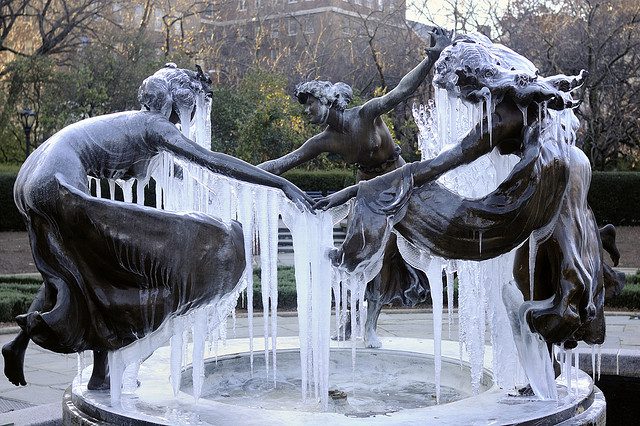 Last month, I wrote about a Catholic church’s attempt to rebrand itself as a hip, welcoming institution. At the time, I noted that the clergy were striving to broadcast an aura of tolerance without changing any of their actual rules.

More recently, I mentioned a conservative archbishop urging liberal and moderate members to quit the church. Much debate ensued, but there was at least one person who felt I was being too harsh:

Catholic social doctrine is only “conservative” on a very narrow set of issues, namely issues regarding sexuality and life and death. The rest could be taken out of the pages of a book on humanism. Or Bernie Sanders’ political platform.

Today, I want to say more about this.

As a test of whether Catholic doctrine is conservative on more than just a few “narrow” issues, consider: this week, kindly Pope Francis reaffirmed the absolute ban on women becoming priests. This is hardly a novel or shocking stance – Pope John Paul II said it was an infallible tenet of the faith – but it goes to show that the iron glove of dogma is still there beneath the thin layer of velvet that many liberal Catholics are so anxious to see in him.

Even if this rule only affects believers, it shows the persistence of the church’s medieval, sexist notion of gender. In their worldview, positions of power and responsibility are reserved for men, while women are restricted to subordinate roles. Even if they try to pretty this up with cloying rhetoric about the beauty of female submission, it doesn’t change the fact that they continue to propagate and defend this dehumanizing doctrine of inequality.

Next: Did you know that the Catholic church is opposed to cremation? I didn’t, until I read this:

On Tuesday, the Vatican responded to what it called an “unstoppable increase” in cremation and issued guidelines barring the scattering of ashes “in the air, on land, at sea or in some other way.”

The Vatican decreed that the ashes of loved ones have no place in the home, and certainly not in jewelry. It urged that cremated remains be preserved in cemeteries or other approved sacred places.

Until 1963, the church forbade cremation categorically. They’ve since relaxed the ban, but their acceptance is grudging at best. Even after cremation, they insist that the ashes be interred in a cemetery. Scattering them in some beautiful natural place remains forbidden.

I wonder, is their opposition theological? (One cardinal quoted in the article said, “We believe in the resurrection of the body, so burial is the normal form for the Christian faithful.”) Do they believe that cremation prevents God from resurrecting the dead? If so, someone had better let them know what happens to a body buried in a casket. Whether embalmed or not, it doesn’t take long before decay sets in and destroys it just as thoroughly as any fire.

The real reason, it seems, is that the church encourages veneration of the dead, and a grave containing a body is a tangible focus for that devotion. But cremation, especially when the ashes are scattered, could be viewed as a Lucretian affirmation that death is a dissolution into the unbroken continuity of existence (which, of course, it is). It implicitly denies that humans have a special or privileged place in the universe.

Nevertheless, cremation is shooting up in popularity and has outpaced traditional burial. Whether because it’s cheaper, or is seen as more environmentally friendly, or people are choosing it because they’re becoming less religious, this marks an underappreciated but important way the church’s decrees diverge from what the majority of people want.

Granted, cremation falls under the rubric of “life and death” that my correspondent mentioned above. And anything having to do with women’s rights tends, however unfairly, to be pigeonholed as “sexuality”. So, last but not least, here’s an example of the church’s illiberality which has nothing to do with those supposedly narrow areas of theological concern:

On Friday, the Boston Archdiocese gave $850,000 to oppose Question 4, a ballot initiative that would create a system for regulating legal, recreational marijuana in Massachusetts. The Church’s donation increased the opposition effort’s funding by roughly 40 percent — only Sheldon Adelson, the Las Vegas billionaire who gave $1,000,000 to the opposition in early October, has cut a bigger check. The Knights of Columbus, another Catholic organization, has also given $150,000 to fight the initiative.

…The Church has long stood against drug legalization. Pope Francis has specifically argued that “attempts, however limited, to legalize so-called recreational drugs are not only highly questionable from a legislative standpoint, but they fail to produce the desired effect,” according to a Vatican diplomat.

With this donation, the church is supporting the costly, cruel and racist policy of drug prohibition and encouraging its continuation. Like their opposition to birth control, this makes their stance on poverty hollow. Nothing has been more destructive to poor communities in the U.S. than the war on drugs.

The harms of prohibition are well-catalogued: feeding criminal gangs, ripping apart families with mass incarceration, creating an excuse for violent, militarized police incursions into communities of color. Contrary to what the pope claims, prohibition itself does more and worse harm than drugs themselves ever did, and legalizing them absolutely does produce the desired effect of ending that harm.

Perhaps anticipating a backlash, the church claimed that the money they donated to the anti-legalization effort came out of “central ministry” funds, whatever that means, not dollars dropped in collection plates. But that’s an empty defense, because money is fungible. The money parishioners give them allows them to pay for their other needs, so that there’s more left over to divert to causes like this.

I have to admit, at first I failed to understand why the church cares about this. But upon reflection, it fits with a worldview where excessive freedom is undesirable and pleasure for its own sake is an evil. This is common to many conservative Christians, not just Catholics (notwithstanding the biblical text that seemingly contradicts it). They’re all suspicious of pleasure and believe that people should obey the decrees of the authorities rather than deciding for themselves what makes them happy.

Given that Massachusetts’ ballot initiative looks set for easy passage, this is one more area where Catholic doctrine isn’t only illiberal, but increasingly set against the majority. Contrary to the suggestion that most of the church’s moral positions align with humanism, I’d argue that the reality is the opposite. They pay lip service to ending poverty and protecting the environment, but those are the exceptions. Their defense of rigidly conservative dogma and hierarchy is the norm.