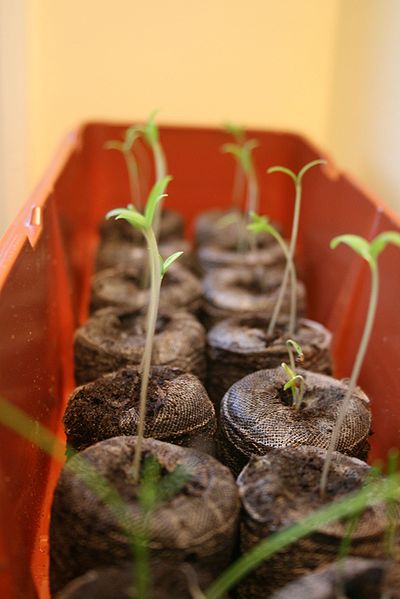 Another of Christianity’s big names has left the faith and joined us: Bart Campolo, son of the famous preacher Tony Campolo and a well-known evangelical pastor in his own right.

As Mark Oppenheimer’s article says, Campolo finally dropped his faith after surviving a serious bicycle accident in 2011, which persuaded him of the fleeting nature of life and the importance of making the most of it. But his beliefs had been weakening for some time. A lifetime of experience had eroded their foundations, like working at a camp for sexually abused children whose suffering couldn’t be reconciled with his belief in God’s goodness, or meeting gay people whose commitment couldn’t be squared with evangelical insistence on their depravity:

“When I took off on the bicycle that day,” Campolo says, “the supernaturalism in my faith was dialed so far down you could barely notice it.” It had been years since he made God or Jesus or the resurrection the centerpiece of the frequent fellowship dinners he and Marty hosted. Talk instead was always about love and friendship. In 2004, he performed a wedding for two close lesbian friends, and in 2006, he began teaching that everybody could be saved, that nobody would go to hell.

…But as he took stock of the rest of his life, Campolo decided that there was no reason an atheist couldn’t still be a minister too. Instead of comforting people with the good news of Jesus, he’d preach secular humanism, a kinder cousin of atheism. He’d help them accept that we’re all going to die, that this life is all there is and that therefore we have to make the most of our brief, glorious time on earth. And he would spread this message using the best evangelical techniques — the same ones he had mastered as a Christian.

Most evangelicals have ignored Campolo’s deconversion, possibly out of recognition that this is a battle they’re unlikely to win, and that trying to argue against his new purpose in life would just make them look bad. But there’s always the exception that proves the rule:

In one of the few articles about Campolo’s change of heart, the Tennessee pastor Ed Stetzer, who now teaches at Wheaton College in Illinois, seemed to insinuate that Campolo’s parents may have been to blame, at least a little. “As parents, we need to work to ensure our children have a relationship with Jesus, not just a desire to be part of a loving community doing good,” Stetzer wrote, rather cattily, in Christianity Today.

The clear implication of this thinking – that you’ve failed as a parent if your children “merely” desire to be part of a loving community and to do good – is Exhibit A in why evangelical Christianity is losing the culture war in the long term, regardless of shifting electoral fortunes.

Campolo’s new calling is as a humanist chaplain at the University of Southern California, where he’s working to build a community of young people – part friendship circle, part counseling group, part mutual support network – which he calls the Secular Student Fellowship. Oppenheimer’s article puts this in context as the latest in a long lineage of efforts to build secular community, but he can’t resist the temptation to editorialize. He snarks at past projects like August Comte’s Religion of Humanity, or the Society for Ethical Culture, comparing them to nonalcoholic beer: “converts are few, and rarely do they end up having a very good time”.

That said, I can’t deny the justice of Oppenheimer’s pointing out that secular community-building has often been hampered by sexist harassment and other misogyny (Richard Dawkins’ Twitter account makes another appearance, sigh). He expresses the hope that nonbeliever fellowship in the future will be more gender-balanced, diverse and welcoming, and I can’t disagree with that.

I don’t think secular community-building is just watered-down religion or that it’s always doomed to fizzle out. No matter what their beliefs, human beings have a natural need for friendship and community. It’s good for us to be in the company of other people who understand and accept us and care about the same things we care about. That’s especially true for atheists, many of whom are escaping oppressive religious upbringings and find freedom in unburdening ourselves.

The reality is that many secular groups will fade away because many groups in general fade away. Cultivating a formal community of any kind is hard work. Like planting a garden, you have to sow many seeds to get even a few shoots that grow and thrive. To create something worthwhile takes huge inputs of volunteer time and energy, usually from a small handful of organizers who end up shouldering almost all the burden. Internal drama, bickering and personality clashes can derail the best-laid plans. And keeping a critical mass of people excited and motivated to show up on a regular basis demands constant effort.

I have firsthand knowledge of secular groups that struggle with this. Sunday Assembly NYC, which I attended many times over the past few years, is on hiatus after some of their chief organizers moved out of town. Atheist student groups, including some I’ve spoken to, come in and out of existence all the time as members graduate and move on. Even large, established secular organizations have to plan for staff turnover and leadership succession.

Christianity and other established religions have no built-in advantage, just a bigger head start. They have a bigger pool of preexisting converts to draw from and more money backing them (which can usually smooth over other difficulties). And when one church ceases to exist, no one draws any conclusions about the viability of the whole religion; whereas the smaller number of secular organizations means that any one of them having difficulties is a proportionally bigger deal.

But as hard as it is, community building is worth the work. The more nonbelievers there are, the easier it will become and the more natural it will seem. And in the long run, it pays dividends. It will make up the ramparts that weaken religion’s power so that atheist arguments aren’t starting over fresh with every new generation. And for those who are born into secular community or who intentionally join one, it will make their lives more fulfilling and meaningful. 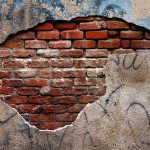 January 4, 2017 Letter-Writing Wednesday: Don't Help Republicans Govern
Recent Comments
0 | Leave a Comment
"I haven't, but I just downloaded it from Project Gutenberg. I'll check it out next."
Adam Lee Commonwealth, Interlude: The Vanquished Glory
"All church people must feel like abandoned bastards, their omni absent father hasn't been around ..."
s clark The Pandemic Disproves God
"That's pretty much the way Douthat explains it:Meaningless suffering is the goal of the devil, ..."
TheBookOfDavid The Pandemic Disproves God
"Just because people claim God is benevolent doesn't mean it is."
C Peterson The Pandemic Disproves God
Browse Our Archives
get the latest from
Daylight Atheism
Sign up for our newsletter
POPULAR AT PATHEOS Nonreligious
1