Some Thoughts on Anti-Theism 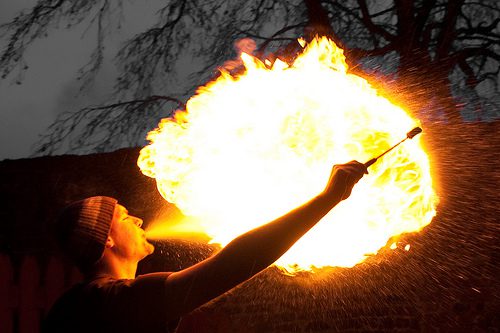 We’ve been discussing anti-theism on Patheos, spurred by a post from Martin Hughes confessing that he no longer considers himself an anti-theist. His change of heart came about because he turned to a philosophical god-concept of his own making in a time of need:

No, it wasn’t the Christian God. More like Spinoza’s God, if there is such a thing. This idea that there is a consciousness made up of the collection of everyone’s experience. That God is everything connected thoroughly and intricately, and we’re like individual cells or in its great overall Mind.

Can I defend that concept? No. Does it actually exist? I see no good evidence that it does. But did it help me, practically, in my life? Yes. At that point, it was likely the only thing that did.

Because this idea brought him comfort, he says, he can’t in good conscience judge people who cope with adversity through their own religious beliefs.

Personally, I try not to get hung up on labels. (That’s why I was indifferent about our channel being renamed from Atheist to Nonreligious.) I’ve never seen any great significance in whether someone chooses to identify as atheist, agnostic, secular humanist, or something else entirely. I’m more concerned with what people do than with what they call themselves.

That said, if you asked me, 1. has religion done more harm than good in the world? and 2. would we be better off as a species if it disappeared entirely?, I’d have to answer yes to both questions. To me, that’s the most sensible way of demarcating who is or isn’t an anti-theist.

I’m an anti-theist because I believe that truth matters. Fundamentally, theism isn’t true – there are no gods or other supernatural beings overseeing the world – and it matters whether people believe this.

It’s not good to believe in falsehoods, no matter how benign or comforting they are. It implies that you either don’t care whether your beliefs are true, or that you can’t tell the difference, and either way, it’s a bad habit of mind to get into. Whether it’s praying for a miracle rather than working to make it happen, or taking sugar pills instead of medicine, or living on a coast and ignoring sea level rise, shutting your eyes to what’s true is a habit that’s likely to come back and bite you in the long run.

And this is the best case, because it assumes that religion is entirely benign, which of course it isn’t. The world is plagued with evils whose only justification is “Because God said so”. Oppressive theocracies, cruel and absurd rules, and awful tortures both psychological and literal have been visited – are being visited – on people in the name of supernatural beliefs. Being an anti-theist means wanting to abolish these ideas which have caused so much needless harm.

Now, being an anti-theist doesn’t mean treating all god-beliefs as equally bad or dangerous. Obviously, there are gradations of harm, and in the name of utilitarianism, most of us will focus on critiquing the worst manifestations. A pacifist Quaker isn’t the same as a member of the Saudi mutaween.

Nor does it mean believing that religion is the only problem. If everyone became an atheist tomorrow, would the world be perfect? Of course not! There are racist atheists, sexist atheists, blindly nationalist atheists, ignorantly dogmatic atheists, obscenely selfish and greedy atheists. Of all the evils that humans are capable of, there aren’t any for which religion is the sole source. But the end of religion would eliminate one source of immorality in the world, and possibly one of the larger ones.

I don’t think that anti-theism is a prideful position, except to the extent that anyone who believes their own beliefs are true and other, different beliefs are false is prideful. Nor is it an angry position or hostile to theists – far from it. I believe it’s profoundly compassionate, wishing to see an evil abolished from the world so that no one has to suffer from it anymore. The difference is that I believe compassion has to be built on a solid foundation of facing the truth. Otherwise, it’s just futile good will.

I grant that there are rare and unusual circumstances where disillusioning a person does more harm than good. But other than those special cases, removing a false belief from the world is always a good thing. If religion provides comfort to the downtrodden, it can only do so with the dangerous belief that this life doesn’t matter, or the fatalistic attitude that misfortune is willed by God and can’t be prevented. Both these ideas, even if they provide temporary consolation, are too high a price for comfort. They lead to worse outcomes down the road.

If everything I’ve said here makes me an anti-theist, then I plead guilty as charged. It’s not how I usually describe myself, but I won’t disclaim the label. And for any atheist who disagrees with me, I’d like to know which specific point they disagree with.

For other Patheos bloggers’ takes on this question, see: Why I’m Agnostic About Anti-Theism from Across Rivers Wide; To Anti-Theist or Not to Anti-Theist, That is the Question from Miracle Girl; Martin Hughes’s Bad Reasons for Leaving Anti-Theism from On the Margin of Error.

January 6, 2017
The Fountainhead: Once More Into the Breach
Next Post 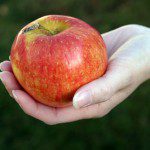 January 11, 2017 How to Resist Temptation
Recent Comments
0 | Leave a Comment
Browse Our Archives
get the latest from
Nonreligious
Sign up for our newsletter
POPULAR AT PATHEOS Nonreligious
1