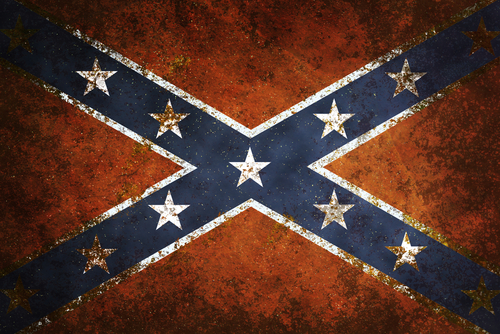 Since the election, my post on the white supremacist roots of evangelical Christianity has been getting a lot of hits, and no wonder. In retrospect, it was the key to understanding the transformation that this election cycle has wrought in the country.

And that change is continuing, as argued in an article by Sarah Posner with an unsurpassable title, Amazing Disgrace. Posner traces the resurgence of what she calls “alt-right Christianity” – the marriage of convenience between white evangelicals and white supremacists:

By backing Trump, white evangelicals were playing into the hands of a new, alt-right version of Christianity — a sprawling coalition of white nationalists, old-school Confederates, neo-Nazis, Islamophobes, and social-media propagandists who viewed the religious right, first and foremost, as a vehicle for white supremacy.

But don’t be tempted to pity those poor, innocent evangelical Christians, deceived by canny neo-Nazis. They weren’t under any illusions about who and what they were supporting. They went into this with eyes open, and they did so by huge majorities:

In the end, conservative Christians backed Trump in record numbers. He won 81 percent of the white evangelical vote — a higher share than George W. Bush, John McCain, or Mitt Romney…. And in doing so, they have returned the religious right to its own origins — as a movement founded to maintain the South’s segregationist “way of life.”

The only part of this article I have to quibble with is the subheadline: “How did Donald Trump — a thrice-married, biblically illiterate sexual predator — hijack the religious right?”

The article itself makes it clear that Trump didn’t “hijack” anything. His strategy was to affirm and exploit racist beliefs that evangelicalism has held since its inception. In fact, it wouldn’t be an exaggeration to say that evangelical Christianity as we know it was founded to uphold those beliefs. The 2016 election was when they came full circle, discarding the pretense that they ever cared about morality or family values. Now they’re returning to the white supremacism of their origins: the faith concocted to justify slavery and segregation, to provide divine sanction for the myth of America as a nation of, for and by white people.

One unusual source supports this viewpoint:

According to Brad Griffin, a white supremacist activist in Alabama, “the average evangelical, not-too-religious Southerner who’s sort of a populist” was drawn to Trump primarily “because they like the attitude.” Besides, he adds, many on the Christian right don’t necessarily describe themselves as “evangelical” for theological reasons; it’s more “a tribal marker for a lot of these people.”

This resonates with what I’ve said before, that no matter how much noise the religious right makes about same-sex marriage or abortion, at heart they don’t really care about them. Those issues were only important as boundary markers. (After all, they used to be equally fervent in their opposition to drinking booze and stores opening on Sunday.) What they care about is being in charge – defining a pure, righteous Us in opposition to a sinister Them, and then lobbying for laws that enshrine the special, privileged status of Us while keeping Them in their place.

To back up anecdotes like this, there’s data showing that self-described evangelicals are more likely than other voters to support racist policies and iconography:

According to an exit poll of Republican voters in the South Carolina primary, evangelicals were much more likely to support banning Muslims from the United States, creating a database of Muslim citizens, and flying the Confederate flag at the state capitol. Thirty-eight percent of evangelicals told pollsters that they wished the South had won the Civil War — more than twice the number of nonevangelicals who held that view.

To be fair, evangelical Christians aren’t all cheerleaders for racism. One who’s on the other side is Russell Moore, who, as I’ve noticed in the past, has been waging a battle against racist and white supremacist thought in Christianity. I give him credit for that. But it’s a battle he’s losing:

“The church of Jesus Christ ought to be the last people to fall for hucksters and demagogues,” Moore wrote in Onward: Engaging the Culture Without Losing the Gospel, a book he had just published at the time. “But too often we do.”

Why, exactly, should Christians be “the last people” to be fooled by demagogues? Even in the most favorable interpretation, their belief system is founded on patriarchy, obedience to authority figures, and exalting faith over skepticism. Those are precisely the qualities an aspiring demagogue looks for, and now one has found them. 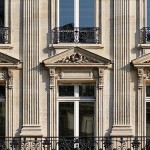 March 31, 2017 The Fountainhead: Good Classic
Recent Comments
0 | Leave a Comment
"Hi, Nitin, thanks for upvoting me and reminding me of this review of the Charlie-Foxtrot ..."
Raging Bee The Fountainhead: The Jewish Eugenicist
"More or less Marvin Harris's explanation in Cows, Pigs, War, Witches."
TBP100 The Fountainhead: Wool and Linen
"Thank you very much! It's an honor to be mentioned in the same sentence as ..."
Adam Lee Commonwealth, III.XVII: Project Chicxulub
"The end of an era. Well, here's hoping for a succesfull new site."
bificommander There’s a Change Coming…
Browse Our Archives
get the latest from
Nonreligious
Sign up for our newsletter
POPULAR AT PATHEOS Nonreligious
1