The Fountainhead: Know Your Customer 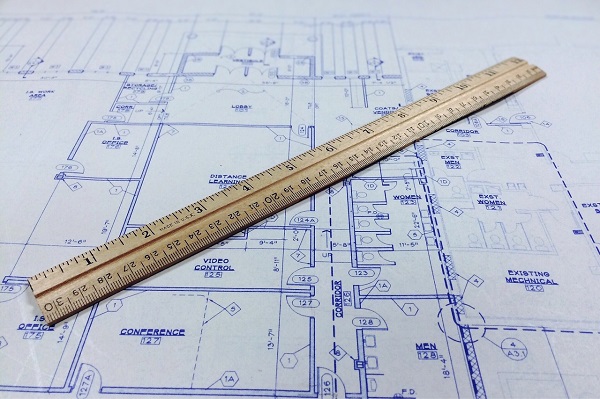 As Peter Keating is moving up in the world, Howard Roark’s career is circling the drain.

In two years, Henry Cameron’s firm has lost one commission after another. He’s had to lay off one of his few remaining draftsmen; the others, including Roark, aren’t getting paid on time. Even keeping the lights on is a burden. Worse, Cameron has begun disappearing from the office to go on benders:

Cameron had lost even the shame of his agony, and had come to his office reeling, recognizing no one, openly drunk and flaunting it before the walls of the only place on earth he had respected.

Their last chance is a commission from a bank, the Security Trust Company, that’s planning a new branch in Astoria. Cameron and Roark work around the clock, living at the office and subsisting on black coffee. On the last night before the deadline, when Cameron is passing out from exhaustion, Roark sends him home. When he returns in the morning, he finds Roark sprawled out asleep on the floor, the plans finished on his desk.

They submit the finished plans, and wait for a few suspenseful days. Then they get their reply:

The letter on Cameron’s desk informed him regretfully that after earnest consideration, the board of directors of the Security Trust Company had not been able to accept his plans for the building to house the new Astoria branch of the Company and that the commission had been awarded to the firm of Gould & Pettingill.

This devastating blow is the last straw for Henry Cameron. But why did they lose the commission?

Pettingill was a cousin of the Bank president’s wife and a famous authority on the ruins of Pompeii; the Bank president was an ardent admirer of Julius Caesar and had once, while in Rome, spent an hour and a quarter in reverent inspection of the Coliseum.

It’s not clear whether Cameron and Roark know this, or whether the omniscient narration is only telling the audience. But it seems like the kind of thing they should have known, doesn’t it?

This ought to be a lesson on the value of working smarter, not harder. If they’d been aware of these facts, they would have known there was a near-zero chance they’d be awarded the commission. They could have spent their time searching for other work to keep them afloat, rather than spending their precious resources on a proposal that was doomed from the start.

Even if Cameron didn’t have the time to do that kind of legwork, this points to a larger absence, which is that there’s no such thing as marketing or customer research in any Ayn Rand novel. Even though her heroes are devoted to business, they never bother to learn about their clients, to figure out what they might want to buy. They always offer the same product, regardless of whether it’s what the market wants, because they consider their customers’ desires irrelevant. (There’s an exception in this novel, but it’s the exception that proves the rule, as we’ll see shortly.)

Roark learned to face his own landlord with the quiet statement that he could not pay him for another week; the landlord was afraid of him and did not insist. Peter Keating heard of it somehow, as he always heard everything he wanted to know. He came to Roark’s unheated room, one evening, and sat down, keeping his overcoat on. He produced a wallet, pulled out five ten-dollar bills, and handed them to Roark. “You need it, Howard. I know you need it. Don’t start protesting now. You can pay me back any time.” Roark looked at him, astonished, took the money, saying: “Yes, I need it. Thank you, Peter.”

Coming from Ayn Rand, this is astonishing. An Objectivist hero, accepting alms because he needs them!

This is another example of how Rand’s philosophy changed and sharpened over time. If this has been Atlas Shrugged, Roark would have punched Keating, or delivered a ten-page monologue on the evils of giving. Or both. (John Galt could have delivered the whole monologue mid-punch.)

It also shows that Peter Keating, in spite of what the text insists, isn’t really a villain. His worst crime is being better at people skills than he is at architecture. He’s willing to help out at a moment when Roark badly needed it. But do you think Roark will attribute any part of his eventual success to a friend coming through to aid him in his darkest hour? Don’t bet on it.

When Roark comes into work the next day, Cameron holds out a tabloid called the Banner, published by the newspaper titan Gail Wynand, with mirthless black humor:

Roark glanced through the paper. The front page carried the picture of an unwed mother with thick glistening lips, who had shot her lover; the picture headed the first installment of her autobiography and a detailed account of her trial. The other pages ran a crusade against utility companies; a daily horoscope; extracts from church sermons; recipes for young brides; pictures of girls with beautiful legs; advice on how to hold a husband; a baby contest; a poem proclaiming that to wash dishes was nobler than to write a symphony; an article proving that a woman who had borne a child was automatically a saint.

“That’s our answer, Howard. That’s the answer given to you and to me. This paper. That it exists and that it’s liked. Can you fight that? Have you any words to be heard and understood by that? …Do you know that in a few years that incredible bastard, Gail Wynand, will rule the world?”

What this shows is that Ayn Rand didn’t neglect the idea of market research out of innocent ignorance. On the contrary, she was actively against it.

Gail Wynand’s crime is that he (yes, he) figured out what the public wanted, and then gave it to them. In Rand’s eyes, that’s an unforgivable sin. It springs from her misanthropic view that most people are shallow, vain and evil, so anything that appeals to the majority must be worthless. Conversely, anything the majority rejects is probably good. It’s not just incidental that her heroes are hated; being hated is what defines them as heroes. 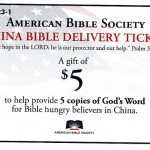 April 5, 2017
I Get Religious Mail: Bibles for China
Next Post 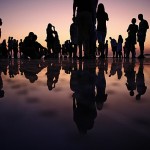 April 10, 2017 Fear of Female Friendship
Recent Comments
0 | Leave a Comment
Browse Our Archives
get the latest from
Daylight Atheism
Sign up for our newsletter
POPULAR AT PATHEOS Nonreligious
1