The Fountainhead: Why So Serious? 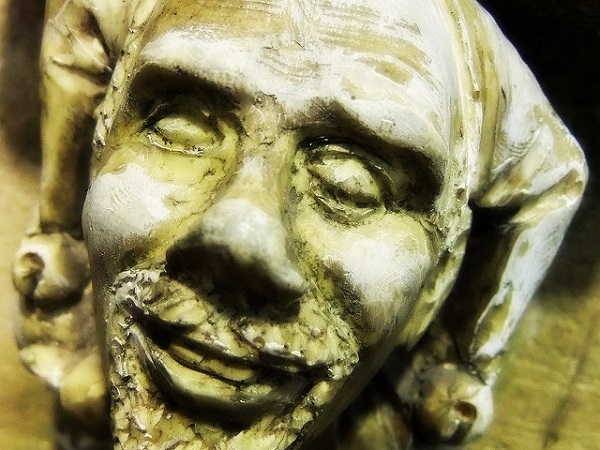 It’s not looking good for Howard Roark. He’s alone in the world again, as his mentor has been forced into retirement with his health failing and his spirit broken.

Meanwhile, Peter Keating’s star continues to rise. Rand tells us how things are going for him in this clever metaphor:

It was Peter Keating’s third year with the firm of Francon & Heyer. He carried his head high, his body erect with studied uprightness; he looked like the picture of a successful young man in advertisements for high-priced razors or medium-priced cars.

Although Keating had some jitters in his first days on the job, those are behind him. He’s learned that he can coast through life and succeed with minimal effort:

I chuckled at this line when I first read it, and then I did a double-take. It’s a good joke, and that’s what makes it out of place in this novel. It sounds like it came from a wryer and more cynical pen than Ayn Rand’s.

Rand wasn’t a bad writer, when she put her mind to it. If you can ignore the big clunky slabs of politics weighing down her prose, her novels have an enjoyably pulpy zing. But if there’s an area that she usually steered well clear of, it’s humor. Whatever her other talents, she wasn’t a jokester.

The basic structure of her fiction excludes it. In her eyes, whatever profession her heroes engage in is The Most Important Thing Ever. It falls on them to hold high the torch of the human spirit while fending off the forces of evil, all while bestowing the noble gift of their intellect upon a world of sullen philistines, like Prometheus descending from the mountaintop with fire.

As with other fundamentalisms, the fanatical zeal of this worldview leaves little room for irony or satire. All kinds of humor require acknowledging the existence of ambiguity and multiple shades of interpretation. That’s intolerable when you frame every interaction between two human beings as a skirmish in the eternal clash of light versus darkness.

For these reasons, a little stroke of satire like this is a jarring sight in an Ayn Rand novel. What’s more, this line is out of place because it’s good satire. It depicts a side of human nature – that everyone is trying to impress someone else, even as they’re indifferent to others’ attempts to impress them – that I’ve never seen Rand acknowledge in any other context. It’s tantamount to admitting that there are some things we do that just don’t matter all that much.

This doesn’t seem congruent with her larger philosophy. The Fountainhead believes, with burning conviction, that your desire to live in a building with exposed steel beams and big glass windows, versus one with a facade of white marble carved with classical flourishes, is a desperately important choice that predicts your entire future in life. What’s more, Rand would have said the same about whether you smoke cigarettes, or what style of dancing you like, or which shirt you put on in the morning. Each and every one of these seemingly trivial choices is a telling insight into the deepest regions of your soul.

Meanwhile, Peter Keating is still thinking of ways to advance himself. He’s heard that Guy Francon has one adult child, a daughter, who writes a home and garden column for Gail Wynand’s tabloids. Thinking of it as another way to ingratiate himself with the boss, he decides to broach the subject one day:

“I hear such nice things about your daughter,” he said to Francon.

“Where did you hear nice things about her?” Francon asked ominously.

“Oh, well, you know how it is, one hears things. And she writes brilliantly.”

Francon looked at him and sighed wearily.

“You know she’s not living with me,” said Francon. “…Oh, I suppose you’ll meet her some day. You won’t like her, Peter.”

Guy Francon says he’s failed as a father, but won’t say anything more. Keating is perplexed as to what could have caused the rift between him and his daughter, but decides to back off. Half disappointed, half relieved to have the subject shelved for now, he goes to visit his real girlfriend:

Outside, there was a mist of snow, a dry, fine, weightless snow that hung still in the air, filling the narrow tanks of streets. They walked together, Catherine’s arm pressed to his, their feet leaving long brown smears on the white sidewalks.

They sat down on a bench in Washington Square. The snow enclosed the Square, cutting them off from the houses, from the city beyond. Through the shadow of the arch, little dots of light rolled past them, steel-white, green and smeared red.

… “Katie,” he said, without hesitation, without emphasis, because the certainty of his words allowed no excitement, “we’re engaged, aren’t we?”

He saw her chin move faintly as it dropped and rose to form one word.

“Yes,” she said calmly, so solemnly that the word sounded indifferent.

…He let his head fall back, he felt the bite of snowflakes on his lips. Then he turned and kissed her. The touch of her mouth was soft and cold with the snow.

See, that was a good scene! It was an evocative piece of descriptive writing that effectively set the mood. Things like this, plus the (occasional and very rare) flash of satirical insight, convince me that there was a good writer lurking somewhere inside Ayn Rand. She just doesn’t let that person out very often. Her extreme desire to push a political message overrode everything else, even if it meant that her characters had to be unbelievable or that the plot had to take absurd turns.

April 26, 2017
Do Right-Wing Christians Want People to Be Destitute?
Next Post