Cleansing the Stain of the Confederacy

Cleansing the Stain of the Confederacy May 15, 2017 Adam Lee 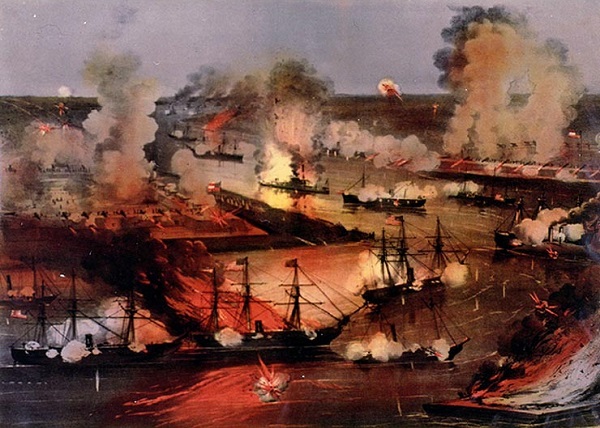 Last month, the city of New Orleans began removing four public monuments to the Confederacy. The monuments, which date back to the 19th century, include statues of Confederate leaders Robert E. Lee, P.G.T. Beauregard, and Jefferson Davis. Possibly the most shocking of the four is a memorial to the post-Civil-War Battle of Liberty Place, when a white supremacist group called the Crescent City White League staged an insurrection against the city’s integrated police force and government. They retreated when President Grant sent in federal troops, but it was a Pyrrhic victory that heralded the end of Reconstruction in the state.

The New Orleans city council voted in 2015 to remove the monuments, but it’s clear that the possibility of violent reprisals was very much on their mind, given the extreme measures taken to avert violence. For the two that have been removed so far, the workers arrived under cover of darkness, worked under heavy police guard, and wore flak jackets and face-concealing masks. The city has refused to release a timeline for when the rest will come down.

Although New Orleans is majority black, angry protests both pro and con have roiled the city. Demonstrators have traveled from all over the country, many brandishing guns and Confederate flags, to defend the memorials. As always, the protests make it abundantly clear who’s against removing the statues and why:

The supporters of the statues run the gamut. Among them is David Duke, the former Ku Klux Klan leader who has run for office several times in Louisiana. Rather predictably, he sees the removals as “destroying our heritage” and has called Mr. Landrieu “a traitorous cuck,” deploying a slur used by white nationalists and the alt-right to insult politicians as weak and unmanly.

When a similar Confederate war memorial was slated for removal in Charlottesville, Virginia, a mob of torch-wielding racists showed up in a scene straight out of an 1870s Klan rally.

These protests, in 2017, offer further evidence that white supremacy is alive and well in America. It echoes the famous quote that the past not only isn’t dead, it isn’t even past. The era of whites-only rule isn’t ancient history to these demonstrators, but a lost golden age that they believe they can bring back.

In spite of it all, we haven’t reached the point where most are willing to say so openly. Instead, racists put forward the inevitable argument that this is about history and culture, not racism. Here’s another example:

“It’s a part of a cultural heritage and we want it to stay,” said Michael Hill, president of the League of the South. (source)

Similar arguments about “heritage” and “political correctness” were made when Yale University proposed to rename Calhoun College, named after slavery proponent John C. Calhoun whose theories about states’ rights and nullification were instrumental in starting the Civil War.

But you have to ask: What cultural heritage, specifically? What aspects of the past are preserved and memorialized by the New Orleans statues? What do they call us to remember that their defenders don’t want us to forget?

If these statues were of great American figures or worthwhile deeds, there would be a case for keeping them. But instead, they were erected to honor traitors who waged war on the legitimate government and Constitution of the United States, all in the name of preserving slavery. As I’ve written, the Confederacy was a Christian theocracy that appealed to God and the Bible to justify its embrace of slavery and made a Christian war cry their official motto.

The Battle of Liberty Place monument, especially, is what gives the game away: this isn’t about remembering history, but clinging to every remnant of white supremacy. There’s no reason for its presence other than preserving fond memories of the days when racism ruled by violence in Louisiana.

The Deep South in the Confederate era wasn’t merely a society that had slaves, but a slave society. The difference is real and significant. Slavery wasn’t an incidental trait of the Confederacy, or even just a key engine of its economy. It was the mortar in its foundation, the underlying principle that held it together and summed up its worldview. It was so vital to the Confederacy that they went to war in a doomed attempt to preserve it.

While slavery as a legal system was destroyed, the toxic racial hatred that underpinned it never went away. It’s still bubbling through our country, and it erupts every so often in bloody racist violence like the Charleston shooting. Confederate flags flying over statehouses and Confederate war memorials like these ones give tangible evidence of that – not to mention that Confederate Memorial Day is a public holiday in some places.

Removing the monuments is a small step, but a positive one. It’s important for the same reason that separation of church and state is important. We can’t wipe out ugly theocratic sentiments, but we can at least guarantee that the government will have no part in promoting them. By protecting secularism, we reinforce the message that all people are equal in the eyes of the law, whatever their beliefs. We can and should do the same with regards to race.

I don’t think any of this stained history should be forgotten, even if that were possible. It’s part of who we are as a people and a nation; it can never be erased entirely. Everyone should learn about it, if only to understand where our predecessors went wrong and to make sure we never repeat their mistakes. But we can remember the past without sending the message that its moral failings still represent us.

Image: The naval Battle of Forts Jackson and St. Philip, which led to the Union capture of New Orleans in 1862. Via Wikimedia Commons.

May 17, 2017 God Won't Repay Your IOUs
Recent Comments
0 | Leave a Comment
Browse Our Archives
get the latest from
Daylight Atheism
Sign up for our newsletter
POPULAR AT PATHEOS Nonreligious
1