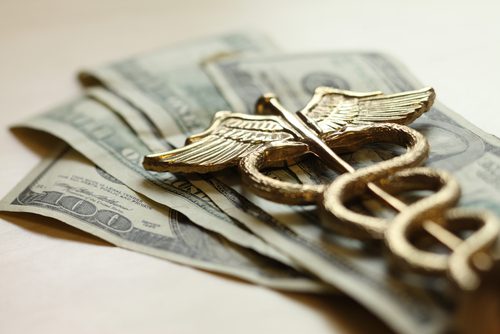 As bad as things are getting elsewhere in the U.S., my home state is quietly becoming a progressive mecca. First was the free public college plan that passed as part of the annual budget.

But something much bigger is on the horizon. As of now, New York is on the verge of instituting statewide single-payer health care.

This isn’t a utopian pipe dream or a distant, idealistic fantasy. The bill, which is called the New York Health Act, is a reality; it’s already passed the state legislature, and it’s just one or two votes short of a majority in the state senate. As Amanda Marcotte explains:

The bill, introduced by Assemblyman Richard Gottfried, who represents a district in midtown Manhattan, is ambitious but appealing.

“The bill would create a single payer system in New York state that would provide universal, complete health coverage to every New Yorker without financial obstacles to care,” explained Gottfried over the phone. “No deductibles, no co-pays, no restricted provider network or out-of-network charges.”

Granted, we have reasons for caution. As I’ve mentioned before, Vermont tried this and ultimately gave up when they concluded the cost would be prohibitive. But Vermont is the 49th smallest state, with a largely rural population.

By contrast, New York is a large, rich state and an economic powerhouse. The New York City metropolitan area generates $1.4 trillion in economic activity and singlehandedly accounts for 11% of the entire United States GDP. We have 20 million residents, more than the Netherlands, which has its own successful single-payer system. The startup costs are real, but we have plenty of very wealthy residents who can afford to contribute their fair share.

And if we can get it off the ground, single-payer will save money in the long run. Every competent economic analyst says this. Single-payer systems around the world cost less and have better outcomes than the U.S.’ bizarre, inefficient hybrid system, which wastes enormous amounts of money on armies of middlemen that exist solely so doctors, hospitals and insurers can volley responsibility back and forth. Employers, too, ought to welcome the change, which will free them from the increasingly crushing burden of providing insurance for their employees.

Here’s the letter I sent to the governor and my state legislators:

I’m writing in support of the New York Health Act, which would create a single-payer healthcare system in the state. I’m urging you to do whatever it takes to get this legislation over the finish line.

With a Congress and a president that seem to be bent towards destruction, the future of health care on the national level is ever more clouded and uncertain. New York State has a golden opportunity to go in the opposite direction by becoming the first state to institute true single-payer health care. If we do this, we’ll provide security and peace of mind to our citizens that will make us the envy of the nation.

This is the rare case where the politically savvy move is also the morally right thing to do. We can banish the private insurance companies that add cost and complexity while denying access to care that millions of people need; end the skyrocketing premium costs that have become a crippling burden on businesses large and small; and create one unified system free from byzantine bureaucratic tangles.

If we succeed, proving that single-payer health care saves both lives and money, we’ll be setting a template that other states surely will follow. New York State will be a tangible rebuke to the politics of cruelty that currently prevail at the national level, charting the way towards a brighter future for all Americans.

With this bill so close to passage, there can be no more important matter to demand your attention. Please use every means of persuasion you have available to convince your legislative colleagues to cast the last few needed votes! 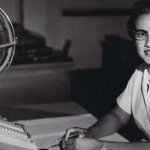 May 12, 2017 The Fountainhead: Selling the Dream
Recent Comments
0 | Leave a Comment
Browse Our Archives
get the latest from
Daylight Atheism
Sign up for our newsletter
POPULAR AT PATHEOS Nonreligious
1

Nonreligious
One Ahead, Two Back
Daylight Atheism
TRENDING AT PATHEOS Nonreligious