The Fountainhead: As Long As It’s Black 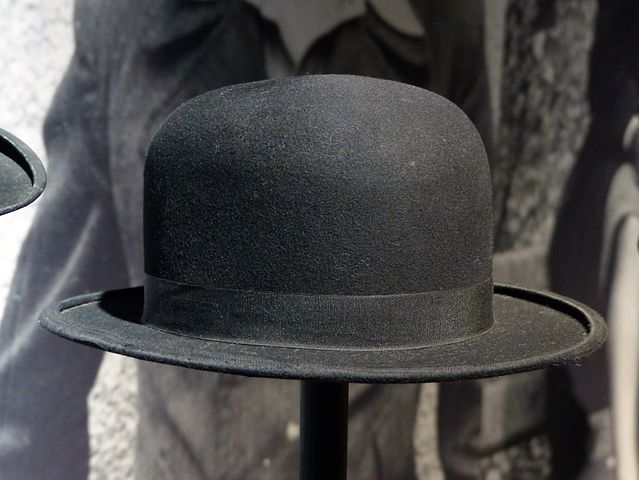 One day at work, Howard Roark is unexpectedly called into the boss’ office:

“Mr. Keating has been telling me very nice things about you,” Francon tried pleasantly and stopped. It was wasted courtesy; Roark just sat looking at him, waiting.

“Listen, Roark. We have a client who is a little… odd, but he’s an important man, a very important man, and we have to satisfy him. He’s given us a commission for an eight-million-dollar office building, but the trouble is that he has very definite ideas on what he wants it to look like. He wants it—” Francon shrugged apologetically, disclaiming all blame for the preposterous suggestion—”he wants it to look like this.” He handed Roark a photograph. It was a photograph of the Dana Building.

Roark is thunderstruck with the opportunity that’s dropped into his lap. But before he can say anything, Francon adds that he doesn’t actually want Roark to design a replica of the Dana Building. Instead, he says, “The point is to make it simple and in the general mood of this, but also artistic. You know, the more severe kind of Greek… Plain pediments and simple moldings, or something like that.”

Given that Roark has said there’s such a thing as “good Classic“, this would be the perfect place for him to prove it, but no. He’s back to believing that even one pediment is a pediment too far:

“Mr. Francon, please listen to me.” Roark’s words were like the steps of a man walking a tightwire, slow, strained, groping for the only right spot, quivering over an abyss, but precise. “I don’t blame you for the things you’re doing. I’m working for you, I’m taking your money, I have no right to express objections. But this time… this time the client is asking for it… Are you going to fight a client for the first time in your life — and fight for what? To cheat him and to give him the same old trash, when you have so many others asking for it, and one, only one, who comes with a request like this?”

Ayn Rand tip: A great way to get your boss on your side is by calling him a cheater and all his work trash!

What’s ironic, although the text doesn’t point it out, is that Roark and Francon have swapped positions. If it’s out of character for Francon to “fight a client for the first time in [his] life”, it’s equally hypocritical for Roark to suddenly decide that the client’s wishes ought to count. After all, he was the one who scorned the idea of listening to or caring about what clients wanted. Now he’s decided that the client’s desires matter after all – but only as long as they want him to build the thing he wants to build anyway.

As always, although Roark is the protagonist and we’re supposed to be on his side, the text shows that other people have good reason for reacting to him as they do. Peter Keating would have recognized that this is the perfect place for some sweet talk and salesmanship. Instead, Roark is so out of practice at issuing anything other than demands, his pleas sound more like insults:

Roark had never known how to entreat and he was not doing it well; his voice was hard, toneless, revealing the effort, so that the plea became an insult to the man who was making him plead. Keating would have given a great deal to see Roark in that moment. But Francon could not appreciate the triumph he was the first ever to achieve; he recognized only the insult.

Besides people skills, the other thing Roark lacks is a sense of strategy. He’s not clever. He can’t conceive of any way of getting what he wants other than bluntly asking someone he knows is going to be hostile to the request. It’s as if he sees an obstacle in his path, and rather than walk around it, he can’t think of anything to do but hurl himself directly into it.

This would have been the perfect place for some malicious compliance: design a garishly elaborate classical building, but also prepare a secret, second sketch the way he really wants to do it. Then when the client rejects the first sketch, whip out the second one and get him to agree to it before Francon can object. It took me about thirty seconds to come up with this plan, and I’m not even a Randian supergenius.

“What? Are you speaking to me? Are you actually saying: ‘Sorry, I can’t do it’?”

Another great Ayn Rand business tip! When your boss is angry at you for insubordination, be sure to point out that you’re not apologizing.

“In all my life,” roared Francon, “in all my experience, I’ve never seen anything like it! Are you here to tell me what you’ll do and what you won’t do? Are you here to give me lessons and criticize my taste and pass judgment?”

Uh, yeah, you are. You called Francon’s preferred style “the same old trash” a few paragraphs ago, remember?

Given Roark’s insubordination, it’s no surprise that Francon tells him he’s fired and yells at him to pick up his last paycheck and get out. Presumably, we’re meant to view this as another instance of the creative Randian hero being ground beneath the boot of a cruel and uncaring world – but this is the proper response to an employee who flat-out refuses a reasonable order from his boss. What would Hank Rearden or Dagny Taggart have done with a factory worker who refused to follow directions?

Roark meets his friend Mike at a bar later that day to explain why he won’t be coming out to job sites anymore:

When he heard the news, Mike sat still and looked like a bulldog baring its teeth. Then he swore savagely.

“The bastards,” he gulped between stronger names, “the bastards…”

“Someone else of the same kind, until the same thing happens again.”

This is uncharacteristically self-aware. It means that Roark knows his obstinate behavior is ruining his career, that it’s resulted in one act of self-sabotage after another. But he never even considers changing his ways. It brings to mind that old saw about the definition of insanity as doing the same thing over and over and expecting a different result.

It’s not that this theme is totally infeasible. The hero planting his flag and demanding that the world adapt itself to him, rather than the other way around, is an archetype for a reason. There have been great stories with this idea as a backbone. The problem is that, for it to work, we have to sympathize with the hero’s motive for taking that brave stand.

Normally, when you have a story like this, it’s because the hero is upholding some high ethical principle which he won’t compromise regardless of the cost. But you can’t say that about The Fountainhead. Roark isn’t a lawyer passing up a high-powered career to defend the downtrodden, or a policeman fighting to preserve the law from corruption, or a journalist bent on exposing the truth behind the machinations of the powerful. No, Roark is choosing to wage his revolt against the world on the basis of aesthetics.

Rand strains to find this justification by having Roark insist that most people are mindlessly copying the customs of the past. But even if that were true, we the readers might retort: So what? What difference does it make if your office building has fake columns on it? Does that make anyone’s life worse than it would have been otherwise? You might as well say that overthrowing the tyranny of auto dealerships so you can buy cars in any color you want, rather than them only being sold in basic black, is a noble quest whose achievement will save civilization. 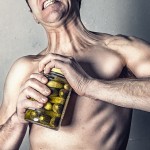 May 31, 2017
Skeptic Magazine's Impotent Attack on Gender Studies
Next Post

Reconciling Christian Experiences With Deconversion
When people realize that Christianity's claims aren't true, often they reassess a...
view all Nonreligious blogs
What Are Your Thoughts?leave a comment
Copyright 2008-2017, Patheos. All rights reserved.