I’ve long felt a sense of guilt that I don’t compost at home. This year, I decided to start.

Living in New York City, I don’t own a big plot of land where I can start a compost heap without annoying the neighbors – part of the reason I waited so long. Luckily, I live near a farm in Queens that has a seasonal farmstand where I buy fruits and vegetables in the summer. They also have a takeback program where people can drop off compost, and I decided it was time to take advantage of that. 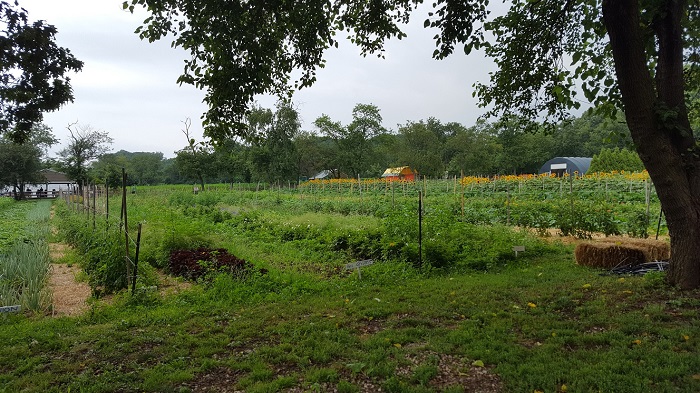 During the week, I collect everything organic in plastic bags: coffee grounds, eggshells, banana peels, avocado skins, peach pits, apple cores, melon rinds, moldy strawberries, trimmings from zucchini, onions, cucumbers and bell peppers. I keep it all in the freezer so it doesn’t smell, and each weekend I take a full bag down to the farm to drop off.

The Queens farm is bustling and well organized. There are long rows of growing crops, alternating with wildflowers to attract pollinators. At the farthest end of the field, there are mounds of aged compost that are regularly turned to speed their transition back to soil. Beyond that, there’s a row of black barrels for the newest, freshest material.

When you open the bins, a cloud of gnats and flies buzz out. Earthworms coil, beetles scuttle, slugs crawl, ants swarm. Evolution has given us an instinctive feeling of disgust toward the process of decomposition, but if you can look past that, in a way it’s beautiful. You have to admire the thoroughness, the efficiency of nature: every stage of decomposition feeds the next, nothing is lost or wasted. Everything resumes its part in the Democritean dance, and all old forms are broken down and reassembled, continuing the endless cycle.

Each week, I dump my compost into that swarming, hungry busyness, then add a scoop of sticks, leaves and dried grass from another bin, brown matter to balance the green. I admit, it feels good to close the loop and send that matter back to the earth it came from, rather than tying it in an airtight plastic bag and putting it out on the curb for garbage trucks to haul it away and bury it in a landfill. I like knowing that my waste is going back into the land, enriching the soil and becoming the food I’ll eat next season.

Especially now that I have a son, I think about how disconnected most of us are from these natural rhythms. Children’s books still have the cheerful pictures of farm animals grazing in pastures, chicken coops, red barns and silos. Our national hymns talk about amber waves of grain, and we habitually use agricultural metaphors like “grist for the mill” or “as we sow, so we reap”. But how many people ever see a farm with their own eyes, much less work on one?

It’s something that most of us could benefit from. We might be more patient, less inclined to demand instant gratification, if we had the experience of planting a seed and waiting for it to sprout. We might be less wasteful and more inclined to conservation if we knew firsthand how much work it takes to grow and harvest a crop. We might be more humble if it were more deeply impressed into us that, for all our technology, we still depend on sunlight, soil, air and fresh water to live. Behind every bowl of fruit, box of cereal or loaf of bread on your table, someone had to do the plowing, the planting, the weeding and the harvesting, even if we never see that person or know who it is.

Make no mistake, I’m not saying we should all go back to being farmhands. Agricultural work is brutally hard, physically taxing, usually low-paid. You have to contend with biting insects, scorching hot temperatures, aggressive pests, unreliable weather. A late frost or a long drought can ruin everything you’ve worked for. As long as the majority of people had to farm for a living, humanity made little progress either in science or ethics. It’s a good thing that technology has liberated most of us from this toil and made it possible to feed billions of people with a relatively small amount of labor.

Still, it might be a good thing if more of us got our hands dirty once in a while, especially since modern energy-intensive, fossil-fuel-dependent industrial monoculture systems may not be sustainable in the long run. It’s not true, as critics often claim, that small-scale, polyculture organic farming – which is just what we used to call “farming” – couldn’t feed the planet. Done right, organic farming is as productive, acre for acre, as modern agriculture, and has other advantages as well. It’s just not as hands-off.

But that might be a good thing, if we’re imagining an economy where everyone who’s capable was allowed a few hours a week away from their office jobs to work on the local community farm (possibly being paid in food?). There are many benefits to working with the earth, even beyond the tangible ones of sustainability and resiliency. It would foster a connection to the land, promote a sense of respect for nature, and might go a longer way than we think toward eliminating feelings of purposelessness and existential ennui. 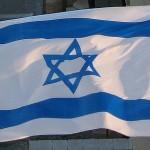 July 26, 2017 Letter-Writing Wednesday: The Anti-Anti-Boycott Act
Recent Comments
0 | Leave a Comment
"It would be correct to say that 'if by God one means the set of ..."
J-D Closet Atheists Abound in America
"The Trumpanzees are all over anything they don't like being "Marxist". SBC leadership on Critical ..."
Paul Douglas Christianity is Collapsing
"Humans have been superstitious/religious for tens of thousands of years at least. Secularism is a ..."
S. Arch Christianity is Collapsing
"I'm not surprised; American Christianity is its worst enemy and American evangelical Christianity has largely ..."
Karen Silver Christianity is Collapsing
Browse Our Archives
get the latest from
Daylight Atheism
Sign up for our newsletter
POPULAR AT PATHEOS Nonreligious
1