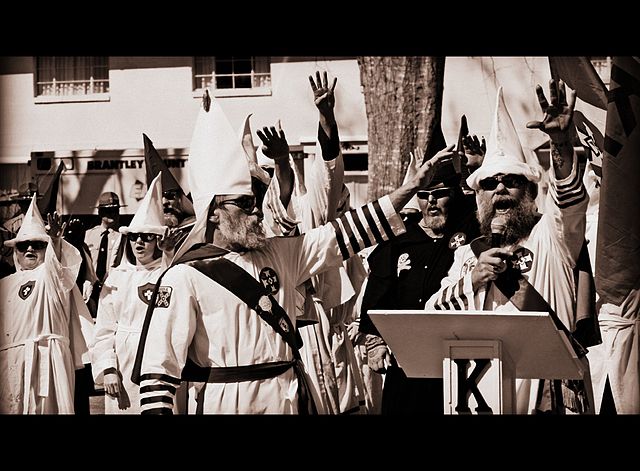 If racism is making a resurgence in America, it’s not happening without resistance. In the wake of the Charlottesville incident, I’m pleased to see a backlash growing.

Money-moving companies like GoFundMe, PayPal and Discover have refused to process payments for white supremacist groups. Web hosting companies like GoDaddy and Squarespace shut down their sites. The security company Cloudflare, which protects against denial-of-service attacks, terminated their contract with neo-Nazi site The Daily Stormer (their CEO said he did it because they were “assholes” – reason enough for me). Even OkCupid got in on the act.

I wrote last year about beating the religious right with corporate power, and while I didn’t expect the return of Nazism to be a live policy debate in America in 2017, the principle applies here too.

When Donald Trump gave a press conference defending white supremacists and insisting that “both sides” were at fault, the outcry was just as loud. Sixteen major charities, like the American Cancer Society and the Red Cross, canceled fundraisers at his Mar-a-Lago resort. The entire membership of the President’s Committee on the Arts and Humanities quit.

What’s more, a flood of executives resigned in protest from the White House’s corporate advisory councils. Kenneth Frazier, the CEO of Merck (and, not coincidentally, a black man) was one of the first to quit, but he was soon joined by others. The CEOs of household-name businesses like 3M, JPMorgan Chase, Johnson & Johnson, Intel and others all followed suit, until the number of resignations forced Trump to disband the councils.

Corporate America isn’t known for its bold moral courage, to put it mildly. But even their leaders find racist hatred, and Trump’s sympathy for it, too odious to tolerate. To protect their own reputations, they’ve decided to distance themselves from this administration, so no one can mistake their silence for endorsement.

Now, you could argue that this doesn’t mean much. Quitting in protest when the president refuses to condemn Nazism isn’t a sign of great integrity, it’s literally the bare minimum standard to be a decent human being. And I’d agree with that. But look at who isn’t pulling their support, as pointed out by Matthew Dowd, former chief strategist for George W. Bush:

Not a single member of Trump's Evangelical Council has resigned. We have learned corporate America has a greater moral compass. So so sad.

Since Dowd posted that tweet, precisely one member of Trump’s evangelical council has resigned: A.R. Bernard, the black pastor of Christian Cultural Center in Brooklyn. As of last week, all of the remaining 24 members had stayed put.

Nor could any of these pious preachers be bothered to address the Charlottesville incident, except in generalities. As Slacktivist writes, some have issued a “boilerplate public condemnation” of racism. Others haven’t even done that much, pleading that they don’t want to get involved in politics. But that was never a concern for them when the president was a Democrat:

Many conservative evangelicals, however, did not hesitate to criticize Barack Obama or Bill Clinton when they objected to their policies or felt their presidencies were tainted, so the reluctance of Trump’s advisers to address his comments has been noteworthy. Some have had nothing at all to say about either the Charlottesville rally or Trump’s response to it, while several others rushed to the president’s defense.

Jerry Falwell Jr., president of Liberty University, praised the president for his “bold truthful statement” about Charlottesville. Mark Burns, pastor of Harvest Praise and Worship Center in South Carolina, retweeted a link to a television interview in which he declared his support for Trump and criticized the counterprotesters. Robert Jeffress, pastor of First Baptist Church of Dallas, blamed the news media for misrepresenting Trump’s comments. (source)

As the old saying goes, actions speak louder than words. As Josh Barro writes, “Trump’s business executive councils imploded because corporate CEOs realized it was ethically untenable to be associated with the president”, but white American evangelicals apparently have no such concern. So which is it? Are they white supremacists themselves and unwilling to speak against their fellow travelers? Or are they just so hungry for power that they’re willing to ally with anyone who’ll give it to them, including those who wave the Nazi flag?

This is further evidence for the utter moral ruin of American evangelical Christianity. Its leaders boast that they’re the only righteous ones, yet they fail the most basic test of decency and humanity. They’ve returned to their openly racist roots, and they don’t even seem ashamed of it. Based on the behavior of its followers, the cross, like the Nazi and Confederate flags, now has to be considered a symbol of white supremacy.

The religious right and their neo-Nazi allies are enjoying their moment in the sun, but I don’t think they realize what price they may pay for it in the next few decades. The up-and-coming generations are more liberal and diverse than ever, while at the same time Christianity has tied itself with indissoluble bonds to the worst sins of the past. In the short term, that tactic succeeded in winning them power. But in the long run, it may well be that this was the year this faith signed its own death warrant.

Image: A 2006 Ku Klux Klan rally in Georgia. Via Craig O’Neal, released under CC BY 2.0 license 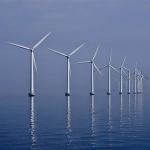 August 23, 2017 The Coming Clean Energy Future
Recent Comments
0 | Leave a Comment
Browse Our Archives
get the latest from
Daylight Atheism
Sign up for our newsletter
POPULAR AT PATHEOS Nonreligious
1