The Fountainhead: Machines for Living 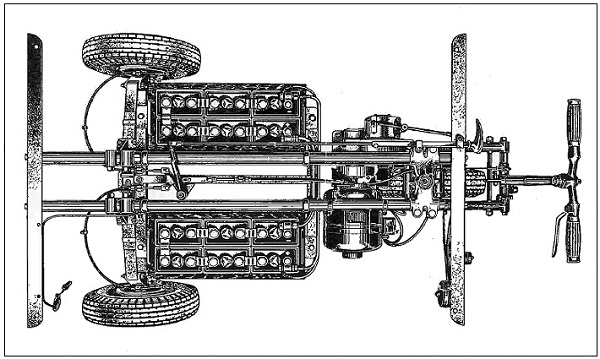 As the construction of his house proceeds, Austen Heller finds that he’s becoming fast friends with Howard Roark:

Within a week, Heller knew that he had found the best friend he would ever have; and he knew that the friendship came from Roark’s fundamental indifference. In the deeper reality of Roark’s existence there was no consciousness of Heller, no need for Heller, no appeal, no demand.

That is… not what friendship means.

If you’re indifferent to someone’s presence or absence, don’t need them, don’t care about them, and in fact aren’t even really conscious of their existence, then whatever you are to them, you’re not their friend. “Friendship” and “indifference” are antonyms, however much this book might insist otherwise.

We’re told that Heller appreciates it when Roark praises one of his articles – “the strangely clean joy of a sanction that was neither a bribe nor alms” – but that’s not friendship, that just means that they agree on some aspects of their political ideology. Friendship means that you enjoy a person’s company and desire to spend time with them.

Granted, Rand was fuzzy on the difference. She assumed that people who have one thing in common would automatically and naturally agree about everything else too. Because Heller and Roark have the same sense of aesthetics that made Heller prefer Roark’s modernist design, it was inevitable that he and Roark would also have the same political leanings. The flip side of this is how all the evil socialists and conformists in the novel like Greek and Roman-inspired houses.

We saw this facet of Rand’s worldview more jarringly, in Atlas Shrugged, in the secret valley of Galt’s Gulch. It’s populated by the fiercest individualists and most ruthless take-no-prisoners businessmen in the world… all of whom, once they’re living in the same place, start behaving with the instinctive unanimity of a school of fish.

Heller asks Roark what it is about this house that makes him like it so much:

“A house can have integrity, just like a person,” said Roark, “and just as seldom.”

“Well, look at it. Every piece of it is there because the house needs it — and for no other reason. You see it from here as it is inside. The rooms in which you’ll live made the shape. The relation of masses was determined by the distribution of space within… Your own eyes go through a structural process when you look at the house, you can follow each step, you see it rise, you know what made it and why it stands. But you’ve seen buildings with columns that support nothing, with purposeless cornices, with pilasters, moldings, false arches, false windows. You’ve seen buildings that look as if they contained a single large hall, they have solid columns and single, solid windows six floors high. But you enter and find six stories inside… Do you understand the difference? Your house is made by its own needs. Those others are made by the need to impress. The determining motive of your house is in the house. The determining motive of the others is in the audience.”

Granted, I share Roark’s distaste for houses that are built as a boast. But the distinction between “my houses, which have integrity” and “those other guys’ houses, which were made to impress the yokels” isn’t as sharp as he thinks.

It’s not as if a house that doesn’t have fake columns can’t also be braggy. There can be an implied attempt to impress in the sheer size of the house, or if it’s in a highly desirable location, or if rare and expensive materials are used to build it. And Roark aspires to build skyscrapers; isn’t that an inherently boastful type of structure, regardless of how much ornamentation it has?

“And, incidentally, thank you for all the thought you seem to have taken about my comfort. There are so many things I notice that had never occurred to me before, but you’ve planned them as if you knew all my needs. For instance, my study is the room I’ll need most and you’ve given it the dominant spot — and, incidentally, I see where you’ve made it the dominant mass from the outside, too. And then the way it connects with the library, and the living room well out of my way, and the guest rooms where I won’t hear too much of them — and all that. You were very considerate of me.”

“You know,” said Roark. “I haven’t thought of you at all. I thought of the house.” He added: “Perhaps that’s why I knew how to be considerate of you.”

Although The Fountainhead is meant to be a work of dramatic realism, with none of the crazy super-science shenanigans of Atlas Shrugged, this is the part where my suspension of disbelief ran aground on the rocks and sank. Even by Ayn Rand standards, I just flatly refuse to believe this.

Howard Roark is good at architecture, but bad at understanding people. He knows that about himself; he says in chapter 13 that he can’t handle dealing with people, that he was “born without” the sense that makes it possible for him to understand others.

But this bears directly on his ability to build houses! Houses, after all, are for people. If you don’t understand what people want and why, how could you possibly design a house that meets their needs?

For example, Roark made Heller’s study the dominant room because Heller is an author who spends most of his time there. But how would you know that unless you knew something about Heller as a person – unless you could picture his typical day?

You may have heard of a manifesto written by a bigoted Google engineer who questioned the necessity of employing women (because men like writing code and building stuff, which is what really matters, whereas women “have a stronger interest in people rather than things”).

Yonatan Zunger’s response is dead-on, and it’s relevant here too. Swap “houses” for “devices”, and you see the problem with what Rand is claiming:

Engineering is not the art of building devices; it’s the art of fixing problems. Devices are a means, not an end. Fixing problems means first of all understanding them – and since the whole purpose of the things we do is to fix problems in the outside world, problems involving people, that means that understanding people, and the ways in which they will interact with your system, is fundamental to every step of building a system.

An architect who doesn’t understand people and their needs is likely to build white-elephant houses that might look impressive, but are uncomfortable, drafty, make poor use of space, or are otherwise unpleasant to live in. But not in this novel. In Ayn Rand’s imagination, you just have to sit and think about the house, and a design emerges that’s magically perfect, somehow, for the person who intends to live there. 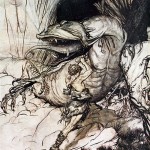