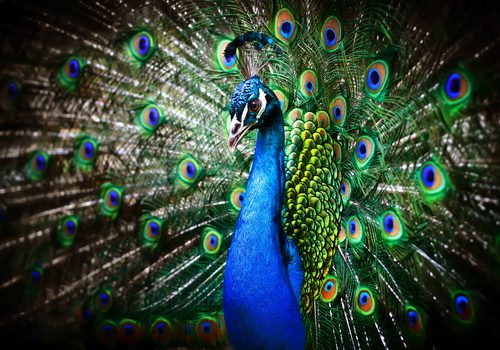 Although Roark stonewalled and condescended to the previous two clients that Austen Heller sent him until they stormed out of his office, Heller manages to send Roark another prospect:

In April Mr. Nathaniel Janss, of the Janss-Stuart Real Estate Company, called Roark to his office. Mr. Janss was frank and blunt. He stated that his company was planning the erection of a small office building — thirty stories — on lower Broadway, and that he was not sold on Roark as the architect, in fact he was more or less opposed to him, but his friend Austen Heller had insisted that he should meet Roark and talk to him about it…

Until this point in the book, when someone is skeptical of him, Roark just can’t imagine any way to convince them. But for whatever reason, he acts differently this time. For the first and, as far as I’m aware, only time in the book, he musters an actual argument for why his style is better. He even uses sarcasm!

“Mr. Janss, when you buy an automobile, you don’t want it to have rose garlands about the windows, a lion on each fender and an angel sitting on the roof. Why don’t you?”

“That would be silly,” stated Mr. Janss.

“Why would it be silly? Now I think it would be beautiful. Besides, Louis the Fourteenth had a carriage like that and what was good enough for Louis is good enough for us. We shouldn’t go in for rash innovations and we shouldn’t break with tradition.”

Compounding the surprise, this is a good argument. It’s a clever observation that many people admire classical accoutrements on buildings, but tend to prefer sleek and modern designs when it comes to cars. Why might that be the case?

Regrettably, this line of thought stops here. The text is uninterested in why people might have one aesthetic for automobiles and a different one for buildings. As far as Rand is concerned, there’s no explanation but hypocrisy: Roark says that if Mr. Janss hires him to design the building, “on your side you[‘ll] have reason”, whereas the only thing opposing him is “a vague, fat, blind inertia” – that people are afraid of the new and would rather have “something they know to be ugly, vain and stupid”, as long as it’s familiar.

But if that’s true, then why don’t we have automobiles covered with rose garlands and lions? If people are mindless drones who blindly copy their predecessors and fear creativity and innovation, why is it that cars don’t look like ancient chariots or royal palanquins, the same way buildings resemble the Parthenon? The Fountainhead poses the question, but has little interest in the answer.

And perhaps that’s intentional. If Rand were to delve into the reasons why people like some designs over others, she might have to address what it is about classical architecture that makes it appealing, and she’d prefer to believe there’s no reason for it at all. It’s safer to conclude that people reject Roark only because they’re afraid of how awesome he is.

“Now take a human body. Why wouldn’t you like to see a human body with a curling tail with a crest of ostrich feathers at the end? And with ears shaped like acanthus leaves? It would be ornamental, you know, instead of the stark, bare ugliness we have now. Well, why don’t you like the idea? Because it would be useless and pointless. Because the beauty of the human body is that it hasn’t a single muscle which doesn’t serve its purpose; that there’s not a line wasted; that every detail of it fits one idea, the idea of a man and the life of a man.”

Rand’s argument hinges on the assumption that unlike ostrich tails or flowering plants, the human body doesn’t have any features that are merely “ornamental”. Clearly, this is just wrong.

Since Charles Darwin’s era, scientists have been well aware that human beings have many secondary sexual characteristics. Among other things, men have beards and mustaches, as well as a protruding larynx (the “Adam’s apple“). Women have large breasts made up of fatty tissue, which likely evolved as a signal of health and fertility (other apes only have enlarged breasts while lactating). And both sexes have heads covered with long, luxuriant hair, even though we’ve lost the fur on the rest of our bodies.

None of these features serve any obvious survival function. The alternative explanation is that they’re the product of sexual selection: they evolved because past humans found them attractive in prospective partners, and so the human beings who won the competition for mates passed on those traits to the next generation. That’s the same hypothesis that biologists invoke to explain other “ornamental” features in nature, like the peacock’s tail or the lion’s mane.

This isn’t an explanation that Ayn Rand could have accepted, however. As I noted in my review of Atlas Shrugged, Rand squirmed uncomfortably when it came to evolution, since it threw into question her view that humans are perfectly rational beings with blank-slate minds and no instincts. She consistently avoided the topic of humanity’s origins.

In the end, Roark wins Mr. Janss over, but to no avail. When the two of them present their proposal to the board of the company, they meet with failure for the usual reason: it’s not run by human beings with thoughts and feelings, but by faceless lumps of flesh. You can tell because they don’t agree with Howard Roark on sight:

Roark spoke quietly. He was the only man in the room who felt certain of his own words. He felt also that he had no hope. The twelve faces before him had a variety of countenances, but there was something, neither color nor feature, upon all of them, as a common denominator, something that dissolved their expressions, so that they were not faces any longer but only empty ovals of flesh. He was addressing everyone. He was addressing no one. He felt no answer, not even the echo of his own words striking against the membrane of an eardrum.

I’ve already written about this dehumanization, so I won’t repeat myself. I want to close on a different point, instead.

Rand asserted that the human body has no ornamental features. She’s wrong about that, but even if she weren’t, what would that imply? Would it mean – as Roark interprets it – that ornamentation is bad because it’s unnatural, that our buildings should be as stark and unadorned as our skeletons? Or, there’s a possibility she doesn’t consider: could it mean that we’re “meant” by nature to make our own ornamentation as a way of decorating and advertising ourselves?

This is hardly unprecedented in nature. There are many species, from bowerbirds to cichlid fish, that construct elaborate and colorful nests to attract mates. The needless effort and complexity that goes into these structures is the entire point.

Rand, through Roark, expresses bewilderment as to why anyone would want a building with fluted columns or plaster replicas of fruit baskets. Could something like this be the reason why? After all, body adornment, such as through elaborate clothing or tattoos, is a cultural universal found in every society. It’s only a small extra step to including our buildings in that.

Even if no one builds an elaborate skyscraper with the specific intent of attracting a sex partner, it’s not irrational to hypothesize that status-seeking behavior is an instinct, the product of an urge to show off that evolution has impressed into our genes. Rand, who denied that human beings have any instincts at all, wouldn’t have liked this explanation. But that just goes to show the limitations of her philosophy, since she found so much human behavior to be incomprehensible.

September 23, 2017 Friday Night Music: A Deeper Understanding
Recent Comments
0 | Leave a Comment
"Hi, Nitin, thanks for upvoting me and reminding me of this review of the Charlie-Foxtrot ..."
Raging Bee The Fountainhead: The Jewish Eugenicist
"More or less Marvin Harris's explanation in Cows, Pigs, War, Witches."
TBP100 The Fountainhead: Wool and Linen
"Thank you very much! It's an honor to be mentioned in the same sentence as ..."
Adam Lee Commonwealth, III.XVII: Project Chicxulub
"The end of an era. Well, here's hoping for a succesfull new site."
bificommander There’s a Change Coming…
Browse Our Archives
get the latest from
Nonreligious
Sign up for our newsletter
POPULAR AT PATHEOS Nonreligious
1