The Fountainhead: The Rent Is Too Damn High 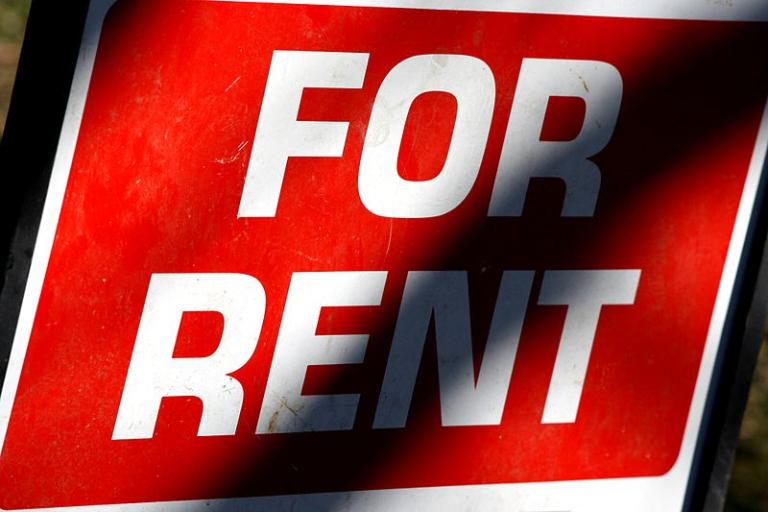 Over the past few months, Roark has gotten just one other commission, a department store owner named John Fargo. One of Fargo’s competitors has declared that “the center of the city’s retail business was shifting north” and moved uptown, leaving their old, vacant store behind. Fargo responds by doubling down, building a newer and flashier store on the same spot, promising to revitalize the neighborhood. Having seen and being impressed by Roark’s other buildings, he hires Roark to design it. But the naysayers are proven right:

The Fargo Store had opened. But one building could not save a neighborhood; Fargo’s competitors had been right, the tide had turned, was flowing uptown, his customers were deserting him. Remarks were made openly on the decline of John Fargo, who had topped his poor business judgment by an investment in a preposterous kind of a building; which proved, it was stated, that the public would not accept these architectural innovations. It was not stated that the store was the cleanest and brightest in the city; that the skill of its plan made its operation easier than had ever been possible; that the neighborhood had been doomed before its erection. The building took the blame.

This is the only time I can remember that a Randian hero’s plot armor fails him. Although this is the kind of unforeseeable failure that real business owners encounter all the time, it never happens in her novels. None of the heroes in Atlas Shrugged ever makes a daring gamble and loses. They act as if the future is completely knowable, and the author scripts events to prove them right.

There’s no in-story explanation of why the Objectivist precognition should fail on just this one occasion. The real reason is that Part 1 of this novel is written to torture Roark, as proof that the world hates Great Men. It’s meant to make the readers decry the injustices he’s been subjected to, so that his eventual triumph will be all the more uplifting. But it’s less effective when you consider that so many of Roark’s difficulties are self-imposed: whether by refusing to market himself, ignoring the wishes of clients, or just antagonizing and alienating people for no good reason.

The weeks tick by, and no other clients show up:

Through the months of that winter Roark found no other chances, no offers, no prospects of commissions. He sat at his desk and forgot, at times, to turn on the lights in the early dusk. It was as if the heavy immobility of all the hours that had flowed through the office, of its door, of its air were beginning to seep into his muscles…

As spring approached he knew that his money would not last much longer. He paid the rent on his office promptly on the first of each month. He wanted the feeling of thirty days ahead, during which he would still own the office. He entered it calmly each morning. He found only that he did not want to look at the calendar when it began to grow dark and he knew that another day of the thirty had gone.

Again, let me point out that even in this bleak time, Roark makes zero attempts to find or attract new clients. Even standing in the street wearing a sandwich board would be better than sitting motionless in a dark office.

It was a race he was running now, a race between his rent money and… he did not know the name of the other contestant. Perhaps it was every man whom he passed on the street.

I mean, I’d say “the landlord”. Or is this a trick question?

Although Roark never raises the issue, it’s worth asking whether his problems stem from the fact that he’s just plain paying too much in rent. New York City has some of the highest real-estate prices in the world, and on top of that, Roark seems to have rented himself one of the best offices in the city. It’s basically a penthouse, with skyline and river views. Even Henry Cameron moved to a cheaper place as his fortunes went down in the world, but Roark never considers doing the same. If he had, maybe that precious rent money would’ve lasted longer.

It wouldn’t fit the kind of story Ayn Rand wants to tell for her to emphasize her hero’s difficulty with rent, but this is a problem that plenty of people face in the real world and that architects and builders could help with.

As articles like this one point out, in much of the country, it’s impossible for two minimum-wage earners with children to afford an apartment. Almost half of all renters nationwide are rent-poor, meaning they spend more than 30% of their income just on housing, and one-quarter spend more than 50%. Both problems are especially severe in the expensive urban areas which, unfortunately, are also where most of the jobs are.

Vouchers for low-income families can help, up to a point. So can rent control (although it can also make things worse when rent-controlled apartments go to the rich and well-connected, as opposed to the merely poor, and drive up rents for everyone else in the bargain).

But the real root problem is that there isn’t enough affordable housing for low- to middle-income people being built. By one estimate, we’re 7.2 million units short. Part of the problem is developers who only build luxury housing because they make more money on it; another part of the problem is NIMBY-obsessed residents who fiercely oppose any new construction that might lower their own property values.

NIMBYism is an especially big problem in the richest and most exclusive areas. One of the most ironic recent examples was when Kate Downing, a member of the planning commission in the ultra-expensive city of Palo Alto, announced her resignation because she couldn’t afford to live in the city she was planning:

We rent our current home with another couple for $6200 a month; if we wanted to buy the same home and share it with children and not roommates, it would cost $2.7M and our monthly payment would be $12,177 a month in mortgage, taxes, and insurance. That’s $146,127 per year – an entire professional’s income before taxes. This is unaffordable even for an attorney and a software engineer.

This isn’t just a problem for privileged high earners. As her letter points out, sky-high rents price out the blue-collar workers and civil servants that any community needs to function:

It’s clear that if professionals like me cannot raise a family here, then all of our teachers, first responders, and service workers are in dire straits. We already see openings at our police department that we can’t fill and numerous teacher contracts that we can’t renew because the cost of housing is astronomical not just in Palo Alto but many miles in each direction.

Indeed, real-estate prices driving away teachers and other public servants is a problem across the nation. While I don’t expect the words “civic duty” to make an impression on an Objectivist, I would hope even they could grasp the commons problem inherent in designing a city so expensive that the people who are needed to keep that city running can’t afford to live there.

This does come up later in the novel, when Roark is called upon to build a public housing project, and you might be surprised by what he chooses to do. (Then again, you might not.)

The other thing that happens in this chapter is Henry Cameron’s health taking a downturn. If anything, he seems happy (a word that his caretaker sister “had never found it possible to associate with her brother”), but one evening he asks her to call Roark and tell him to come, something he’s never done before.

Roark stays at the house for three days, talking with Cameron about old times and the future of building. But every word costs him a greater effort, until the third night:

His voice failed and he could not use it any longer… He died half an hour later.

I noted earlier the incongruity of Rand rewarding her heroic creator Henry Cameron with a retirement of poverty, dependency and ill health. If this is her attempt at undoing that and giving Cameron a satisfying finish, it falls a little flat. Deciding at the last possible minute that your lifetime of suffering was worth it after all sounds more like a religious moral than anything an atheist libertarian would want to convey. 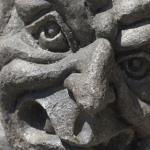 October 16, 2017 Dystopia Journal #10: Deathbed Confessions
Recent Comments
0 | Leave a Comment
"they avowed their certainty that Jesus would bring her back to life:Despite this not being ..."
Bob Seidensticker The Strange Sad Story of Olive ..."
"...currently every single link in the "Trending at Patheos Nonreligious" is to a "I'm moving ..."
OverlappingMagisteria Announcing: OnlySky
"I've already signed up on Jonathan Pearce's site. Looking forward to the new digs."
ORAXX Announcing: OnlySky
"Interesting. Although if Andrew Hall is coming along, I hope the new site will make ..."
bificommander Announcing: OnlySky
Browse Our Archives
Related posts from Daylight Atheism