The Great State of Alabama

Can this be real?

“On a very personal level, I want to thank each of you for fulfilling a lifelong dream to serve in the U.S Senate.

We have work to do in this state.

Thank you all, god bless you.”

Before last night, if you’d told me Doug Jones would win the Alabama Senate election, I’d have said that by now we should have learned the folly of optimism about American politics.

Especially in a deep, dark red state like Alabama, I thought the old saying about a dead girl or a live boy would apply. Since Roy Moore had neither, I expected him to win – maybe by a thinner margin than usual. But I was wrong, and I’m happy to be wrong.

We finally, finally found out what it takes for Alabama to elect a Democrat, and apparently the answer is that his opponent has to be a child molester. And let’s be clear, it was this and only this story that sunk Roy Moore. Nothing else mattered: not his rank bigotry, not his rancid Christian supremacism, not his twice-proven contempt for the Constitution, not even his pining for the days of slavery. In his state, all those traits were neutral at best, positive assets at worst.

Just so we don’t get too enthusiastic, let’s remember that even with this anchor to drag him down, and even with other Republican politicians (including the other senator from Alabama, Richard Shelby!) openly expressing disdain for him, Roy Moore won a supermajority of Alabama’s white voters. As I’ve written, most of them embraced him in spite of or even because of the accusations.

But the child-sex-predator story turned off just enough Republican voters that a heroic turnout by black Democrats made the difference. Even the predictable attempts at black voter suppression didn’t carry the day, since so many showed up prepared (and what a shameful commentary on America it is that they expected these dirty tricks and were right to do so).

I don’t think it detracts from the magnitude of Doug Jones’ accomplishment or the gratitude we owe to black voters to recognize that Republicans would have won easily if they’d nominated an even slightly less awful candidate. Roy Moore was possibly the only Republican who could have lost this race.

Even so, this is an enormous upset and a victory to savor. Alabama, electing a pro-choice, pro-racial-justice Democrat! Say those words over and over again until they sink in. With this victory, Democrats stand a very real chance of recapturing the Senate in 2018 and bringing the GOP’s dystopian agenda to a dead stop for the rest of Trump’s first and (we can but hope) only term.

And even if the circumstances of this election were extraordinary, it’s a striking reminder that progressives can truly win anywhere in the country, as long as we’re willing to compete and to fight for every opportunity. All it takes is for a thing like this to happen once to expand people’s imaginations and get them accustomed to the idea that it could happen again. 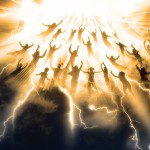 December 11, 2017
#RaptureAnxiety: Evangelical Torture of the Mind
Next Post 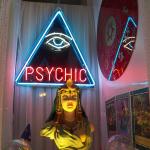 December 15, 2017 The Fountainhead: Who Knows What Evil Lurks in the Hearts of Men?
Recent Comments
0 | Leave a Comment
Browse Our Archives
get the latest from
Daylight Atheism
Sign up for our newsletter
POPULAR AT PATHEOS Nonreligious
1