#RaptureAnxiety: Evangelical Torture of the Mind 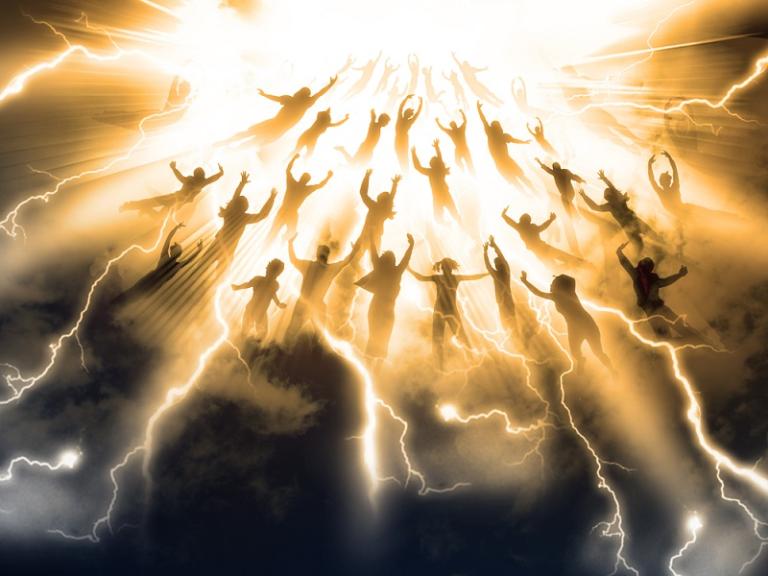 I’m not on Twitter as much as I used to be, but I did spot this trending hashtag: #RaptureAnxiety, started by evangelicals and “exvangelicals” testifying to the mental anguish and terror that an apocalyptic Christian upbringing inflicted on them.

One of the earliest threads that started the hashtag off was this one by Mandi Livingston:

I was 5 years old in an IFB church. At a recommended xian bookstore, sitting by the register was a postcard of the rapture happening. This one if memory serves. Planes crashing, cars wrecking, destruction everywhere. Let me tell you about my #RaptureAnxiety /1 pic.twitter.com/VHDve1Um2O

The full thread (you can read it in one place here) recounts all the anxiety and suffering she endured on account of her religious beliefs, like the thought of her dog starving to death in the house alone if she and her whole family were raptured. (Her mother assured her that the dog would be OK, because looters would break into the house… and what, adopt and feed him? That seems like expecting a lot from left-behind Antichrist-worshipping criminals.)

For adults, belief in the imminent end of the world is bad enough. It leads to perpetual fretting and worrying, to believers spending so much time obsessing over the future that they forget to live life in the present. In worse cases, it spirals into full-blown paranoia and conspiracizing, seeing the Antichrist around every corner and the Mark of the Beast in every new technology.

But for impressionable children, the toll is far worse. Many ex-believers in the #RaptureAnxiety thread recount asking for forgiveness over and over, obsessively, out of the fear that they didn’t do it right or that they’d committed some sin since the last time. Another common element is perpetual terror that their family would be taken to heaven without them and they’d be left behind on the damned and doomed earth. Some of them describe anxiety or panic attacks whenever they were alone and weren’t certain about where their parents were.

Here are some of the other comments:

At 51, I am still working in therapy to overcome the sense instilled by Fundamentalism that I am inherently evil and unredeemable. Apologized to God constantly for so many years, fueled by #RaptureAnxiety and fear of Hell.

When I was ten, my mother worked late one night (at our church) and I couldn’t reach her by phone. I may have had my first panic attack at that time cause I thought the rapture came and I was left behind. #RaptureAnxiety
She found me in my room in a corner crying.

#RaptureAnxiety My house was close to train tracks. If the whistle woke me up at night, I’d mistake it for Gabriel’s horn and start to panic that I wasn’t going anywhere.

It still makes me sweat because #RaptureAnxiety was such a constant looming presence. I could barely sleep because of it. It could happen ANY time, and if you didn’t make the cut, the only way to get a second chance was to be beheaded by The Beast. (3/?)

Raised Pentecostal. In 1976, 12 yr old me went into uncontrollable hysterics when my Mom was super late coming home from a bible study. I was convinced she had been raptured and my sins left me behind. My wife grew up in that shit too. #RaptureAnxiety #EmptyThePews

#RaptureAnxiety was a powerful evangelistic tool when targeted at children and teenagers. I wrote notes to the parents of the children I babysat in high school, begging them to accept Christ before was too late. If they went to hell because I didn’t witness, it would be my fault.

This is some real shit. Read the #RaptureAnxiety hashtag. I still have deep, possibly permanent damage from being taught as a child that the world could end at any second, and you better hope you aren’t sinning when it happens, or you’ll burn in hell forever. Suicidal anxiety. https://t.co/JjjN8ETTI9

As much heat as Richard Dawkins took for saying it (and as much as I disagree with him on other things), this is one area where he was right: Religious teachings like the Rapture are a form of child abuse. Their purpose is to inflict terror on young children and instill them with feelings of misery and worthlessness. By design, they make it almost impossible to experience feelings of true happiness or peace.

Even after a person has deconverted and no longer intellectually assents to these beliefs, the emotional harm can linger, like a dark cloud that can’t be fully shaken off. Ex-evangelical scholar Chris Stroop describes it in a post from earlier this year:

You see, when it comes to experiences like religious PTSD and deconstruction from indoctrination in toxic ideology, sometimes it takes your emotions a long time to catch up to your mind, to what you know to be true. For example, I was deathly afraid of hell for years after I stopped intellectually believing in it, and previous episodes of very public rapture speculation, such as that associated with Harold Camping in 2011, have also unnerved me. In recent years, I’ve learned that experiencing anxiety around rapture predictions and hell is very common among ex-Evangelicals, so if you’re still dealing with anxiety despite believing in neither of those things, you’re not alone.

While I’ve never suffered from this kind of anxiety and can’t know what it’s like, I wonder if it would help ex-evangelicals to recognize just how many times prominent Christians have predicted the rapture and fallen flat on their faces. While Harold Camping’s 2011 rapture prediction stirred up those old anxieties, what happened when he proved to be yet another false prophet? (Worth noting, Stroop’s post was written in response to yet another Christian numerologist who pinpointed September 23, 2017 as the end date. Oops.)

Granted, you can’t use rationality to overcome an irrational fear. But what I’m suggesting isn’t rationality, but laughter. Treating these beliefs as serious and threatening is what gives them their power. Pointing out how ridiculous it is that Christian preachers shriek about the end of the world in response to every news story, and mocking them for their record of perpetual failure, could be an effective way to deflate these beliefs. It’s using one emotional response to counter another. 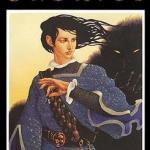 December 13, 2017 The Great State of Alabama
Recent Comments
0 | Leave a Comment
Browse Our Archives
get the latest from
Daylight Atheism
Sign up for our newsletter
POPULAR AT PATHEOS Nonreligious
1

Nonreligious
One Ahead, Two Back
Daylight Atheism
TRENDING AT PATHEOS Nonreligious