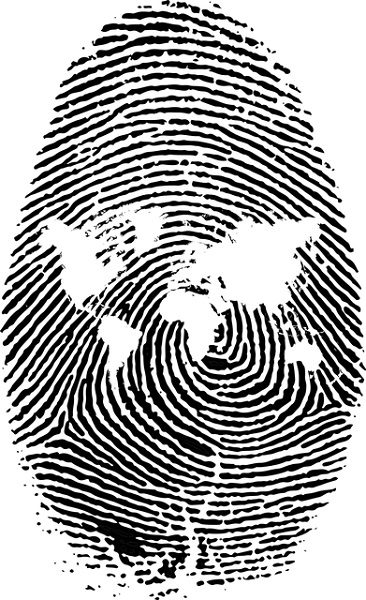 In my post from last month about the strange sad story of Josh Weed, the comment thread got sidetracked by a Mormon apologist who argued that there’s genetic evidence for the Book of Mormon being true. I thought the discussion and the outcome was worth making into its own post.

If you need it, here’s a short refresher on the Book of Mormon: As “revealed” to Joseph Smith, it presents itself as the story of an ancient Israelite named Lehi, who receives a divine message urging him to flee from coming disaster. Lehi and his family escape just before the Babylonian invasion of 586 BCE, where Jerusalem was conquered and the First Temple destroyed. They sail across the ocean to America, where they settle, multiply, and create a civilization that flourishes but ultimately falls into sin and tears itself apart in war.

As recently as 1981, the official edition of the Book of Mormon had an introductory paragraph that identified these Israelite immigrants as “the principal ancestors of the American Indians”. Even the church recognized this was indefensible, and later editions quietly changed it to “among the ancestors of the American Indians”. However, defenders of the Mormon church continue to argue that evidence proves this story true.

Where are their roots? The only match is an ancient group of Jews in Israel.

In a subsequent comment, he corrected himself to say he was referring to haplogroup X:

Sorry, I meant Haplogroup X. It is found predominantly in Native Americans throughout the mid-west and the great lakes region. That group links to an ancient Israeli group know as the Druze.

Of the major human haplogroups, X is an oddball. It’s true that it appears at its highest frequency in western Asia, Europe and the Algonquian people of northeastern North America (for this reason it’s also cited by advocates of the Solutrean hypothesis, an outside-the-mainstream idea which asserts that the Americas were populated by Europeans who crossed the Atlantic).

However, Mike’s claim that it’s found only in Native Americans and “an ancient group of Jews in Israel” is pure apologetic fantasy. It’s not common, but it’s found in population groups dispersed throughout Europe, Africa and Asia. Here’s what a real scientific paper has to say about it:

…subhaplogroup X2 is characterized by a very wide geographic range but also by an infrequent occurrence…. Three exceptions include the Druze, the Georgians, and the Orkney Islanders, among whom the frequency of X2 reaches 11%, 8%, and 7%, respectively. The high frequencies of X2 in the Druze and the Orkney Islanders are combined with a low haplotype diversity… and the relatively high frequency in these populations is most likely due to genetic drift and founder events.

Other variants of haplogroup X are found in Greece, Macedonia, Catalonia and the Basque people, Egyptians and the Altai people of Siberia. Using the same evidence that the Mormons use, you could tell an equally plausible story about ancient Scots settling Egypt and building the pyramids.

Now let’s talk about that “ancient group of Jews”. As Mike confirmed, he was referring to a Middle Eastern people called the Druze, who do indeed show a high frequency of haplogroup X. However, that’s literally the only thing he got right about them. The Druze aren’t Jewish; they’re a separate religio-ethnic group of their own. Their faith, a unique variant of monotheism, is about a thousand years old and is an offshoot of Shia Islam, not Judaism.

There’s another problem with this argument: the variant of X that’s most common in Native Americans is haplogroup X2a. It’s unlike any other version of haplogroup X2 found in the Old World, and the branch point appears to be ancient:

It is notable that X2 includes the two complete Native American X sequences that constitute the distinctive X2a clade, a clade that lacks close relatives in the entire Old World, including Siberia. The position of X2a in the phylogenetic tree suggests an early split from the other X2 clades, likely at the very beginning of their expansion and spread from the Near East. (source)

As we can see from evidence like this, if Native Americans were closely related to modern Jews, let alone as the result of a migration event within the last 2,500 years, that relationship would shine out like a beacon in genetic analysis. We can even tell how much Neanderthal DNA the average European has, and yet Mormon apologists ask us to believe that biologists have missed a larger and much more recent migration event.

The human genome has something like 20,000 genes, all of which vary among different populations just due to chance. If you consider each gene in isolation, you can almost certainly find one that “proves” a close relationship between any two groups of people. But this is just cherry-picking. The correct way to measure the relatedness of two populations is to construct nested trees of descent, finding the trees that are most parsimonious (i.e., that make the fewest assumptions about identical mutations arising more than once).

When you cast this broader net and look at more data, the picture doesn’t get better for the Mormons. For example, there’s haplogroup Q, which is most common among Native Americans and central Asian peoples – exactly what you’d expect from the mainstream theory.

The scientific consensus, based on more than 150 studies of Native American genetic variation, suggests that all Native Americans are descended from a single source population that originated in Asia and migrated to the Americas via Beringia approximately fourteen thousand to twenty thousand years ago… This consensus reflects not only the observed patterns of mtDNA variation but also studies of paternally inherited Y-chromosome markers and biparentally inherited autosomal markers.

There is no genetic evidence for Native Americans being descended, in whole or in part, from a clan of Jews who sailed across the Atlantic two thousand years before Columbus. As I mentioned earlier, the LDS church has walked back its claims in recognition of this. Some LDS apologists now say that the events of the Book of Mormon took place in a small local region, had no bearing on the native civilizations of the Americas, and the people involved died out without leaving a trace (the so-called “limited geography model“)*.

However, Mike took a different tack. He ended up in the same place where religious apologists often end up: that he doesn’t care what the facts show, because his belief ultimately has nothing to do with evidence but is based on his own subjective faith:

Agreed on the human genome. That’s why I don’t put a lot of stock in these dna tests. I was simply answering the question of dna that someone else had arisen. I do not base my knowledge and testimony of the Book of Mormon and it’s truthfulness on dna testing.

I have come to know the Book of Mormon was translated by the gift and power of God by reading it, applying it’s teachings, and asking God if it is true. Through applying it’s teachings, I experienced the most profound change from wickedness to righteousness. When I asked God, He bore witness to me more powerful than mere dna tests that it is true.

“I don’t need evidence, because God told me so” is the perpetual fallback position of religious believers whose beliefs fail to find support in the facts. Atheists don’t have that all-purpose escape hatch. Luckily for us, it seems we don’t need it.

* Inconveniently for the limited geography model, the Book of Mormon states that Lehi’s descendants multiplied to such an extent that they apparently filled the entire New World: “And it came to pass that they did multiply and spread, and did go forth from the land southward to the land northward, and did spread insomuch that they began to cover the face of the whole earth, from the sea south to the sea north, from the sea west to the sea east” (Helaman 3:8). 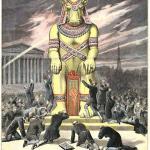 March 2, 2018 The Fountainhead: Architectural Pornography
Recent Comments
0 | Leave a Comment
"they avowed their certainty that Jesus would bring her back to life:Despite this not being ..."
Bob Seidensticker The Strange Sad Story of Olive ..."
"...currently every single link in the "Trending at Patheos Nonreligious" is to a "I'm moving ..."
OverlappingMagisteria Announcing: OnlySky
"I've already signed up on Jonathan Pearce's site. Looking forward to the new digs."
ORAXX Announcing: OnlySky
"Interesting. Although if Andrew Hall is coming along, I hope the new site will make ..."
bificommander Announcing: OnlySky
Browse Our Archives
get the latest updates from
Daylight Atheism
and the Patheos
Nonreligious
Channel
POPULAR AT PATHEOS Nonreligious
1