Movie Review: One of Us 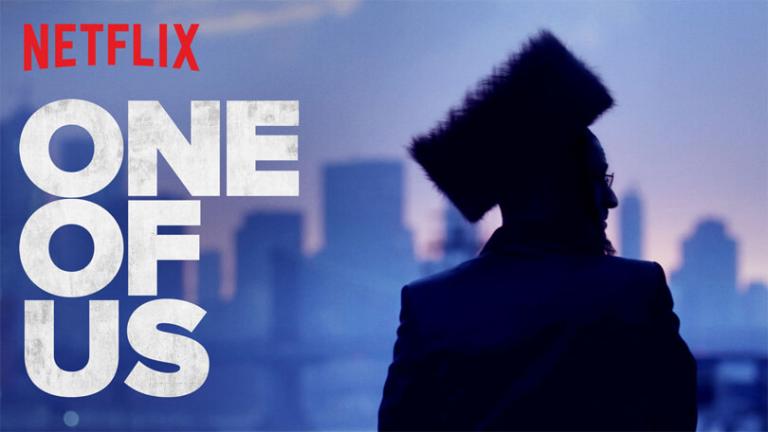 Summary: The high price of freedom.

I highly recommend One of Us, an original documentary on Netflix. It’s a quiet, introspective look at the high price of breaking free from a religious community whose beliefs restrict every part of daily life.

There are 300,000 ultra-Orthodox Hasidic Jews in New York City, and more in upstate satellite communities like Kiryas Joel. Less than 2% ever leave the faith. The filmmakers Rachel Grady and Heidi Ewing made a documentary about three people who did. (Grady and Ewing are the team behind Jesus Camp – they clearly have a mission against cults and mind-controlling ideologies of all kinds, which I heartily approve of.)

The first one we meet is a young woman named Etty. After she called the police to have her violent, abusive husband removed, a mob surrounds her house and starts hammering on the doors. The movie begins with a harrowing recording of her 911 call.

Etty was married off at 19 to a man she’d barely met, who turned out to be violently abusive. She endured his assaults for years, long enough to have seven children. As that 911 call shows, when she had enough and sought the help of the secular legal system, it infuriated her entire community and united them against her. She’s followed on the street, threatened and harassed on the phone. Worst of all, when a person leaves Hasidic Judaism, the community wages legal warfare to strip her of custody of her children. It’s happened before, and Etty is facing that same fight.

At first we see her only from the neck down, or in silhouette. But midway through the film, she makes a dramatic decision to come out of the shadows and show her face on camera. Soon after, in a heartbreaking scene, the court rules that all seven of her children should be taken from her and split up among relatives.*

The second of the film’s subjects is a younger man, Ari. The first we see of him is at a barber, having his payot shaved off. When we see him next, he’s on the streets of his old community in Brooklyn, smoking a cigarette, wearing a leather jacket. Passersby view his un-Hasidic dress with shock and disdain, and he talks about being shunned by old friends.

Ari is an ex-addict, but his story isn’t typical teenage rebellion. When he was 8, he was raped by the principal at a Hasidic summer camp. He says that everyone knew, but no one did anything to stop it. In a conversation with an older member of the community, he asks how a compassionate god could allow such evils to happen, to which the other man has no answer.

The third subject is an older man named Luzer, who’s living in Los Angeles to pursue his dream of being an actor. He’s living in an RV and supporting himself by driving for Uber in his spare time, but in his case it’s less of a hindrance, since many struggling and aspiring actors live the same way. He has a few roles to his credit, even his own IMDB page. He seems to have made a clean break. However, we find out that to do it, he had to walk away from his wife and two children. He knew he’d face the same colossal legal battle as Etty, and was unwilling or unable to go through it.

The common thread among these stories is that learning about the outside world set their minds free. Hasidic Jewish leaders go to extreme lengths to keep their followers’ minds starved, to shroud them in the darkness of dogma in spite of the modern world on their doorsteps.

Luzer learned about the secular world from movies, which he watched at night in his car so his family wouldn’t know. Ari stumbled around on the internet until he came across Google and Wikipedia, which he calls “a gift from God” – the ability to look up anything he wanted to know about, to have every question answered. Etty, meanwhile, is involved with Footsteps, a support group helping ex-Hasidic Jews make the transition into modern life.

We see a video clip from the infamous episode I’ve written about before, when the Hasidim rented out the Mets’ stadium for a mass gathering to lecture their men about the dangers of the internet – which “threatens our continued existence!” a rabbi thunders as he pounds the podium. Almost weeping in dismay, he recounts the horror of seeing children as young as 10 or 11 with smartphones.

We also hear about some of the razor-wire mesh of rules that governs every aspect of ultra-Orthodox life. Education is rudimentary at best, and women’s faces are blacked out in children’s workbooks. Hasidic Jews are told that they should never enter a public library and that no home should have the internet unless it’s absolutely essential for a job. (Ari points out wryly that the rabbis are fighting a losing battle; free public wi-fi is ubiquitous in Brooklyn, anyone can get online from a public park.)

For those who choose to leave ultra-Orthodox Judaism, the cost is extreme: exclusion from the only community you’ve ever known, being disowned by family and shunned by friends, a total lack of skills you can use to support yourself in an unfamiliar world. One scene that stayed with me showed a Shabbos dinner for ex-Hasidic Jews, where they can come together to briefly recapture the feeling of belonging they’ve lost.

Nevertheless, it’s getting harder and harder for Hasidic leaders to shut the world out.

Although it’s not mentioned in the documentary, Etty has written about how she discovered her sexuality and her identity as a lesbian. She has an educational fund to support her dream of being a lawyer like the ones who fought for her. And in a happy update, if I haven’t misread this document, the New York state appeals court ruled just last week that custody of her children would be returned to her.

* An article in Haaretz fills in a major piece of the puzzle for cases like Etty’s. It’s not just that the community bands together to hire high-powered lawyers who know all the loopholes; it’s that many of the local judges who hear these cases are elected by the Hasidim. Naturally, they come with a built-in bias against dissenters. Many of the most egregiously bad decisions are overturned on appeal, but that requires years of expensive and arduous slogging through the legal system. 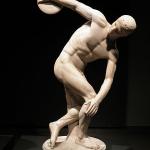 February 2, 2018
The Fountainhead: A Book By Its Cover
Next Post 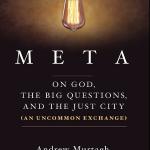