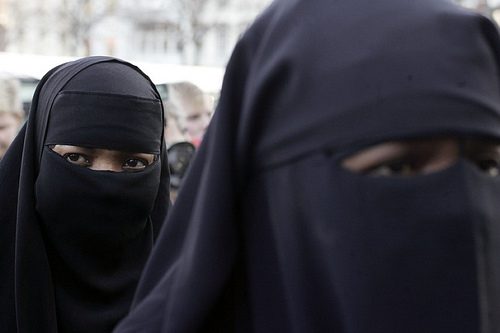 Although Iran is ruled by a harsh Islamic theocracy, the regime isn’t unopposed. Just like any country, Iran has its secularists and reformers who dream of freedom. Over the last few years, they’ve waged one protest after another, demanding democracy and liberalization. The latest of these, the #WhiteWednesdays campaign, encourages women to wear white veils or headscarves to show their opposition to the country’s misogynist religious dress codes.

Since the Islamic takeover in 1979, Iran has required women to wear head coverings in public, with penalties ranging from fines to lashing, imprisonment, vigilante beatings and acid attacks. Morality police called the Gashte Ershad, similar to those in Saudi Arabia and other Islamic theocracies, enforce the law by harassing and arresting women for “immodest” behavior.

Especially among younger Iranians, the hijab laws are unpopular, even hated. Iran’s president, the moderate Hassan Rouhani, ordered the morality police in 2014 to stop arresting women for breaching the dress code. But despite some slackening of enforcement, they ultimately don’t answer to him, but to Iran’s supreme theocratic leader, Ayatollah Ali Khamenei.

The #WhiteWednesdays campaign was the brainchild of Masih Alinejad, an Iranian journalist and reformer living in exile in the U.S. She was also the founder of the earlier “My Stealthy Freedom” campaign which encouraged Iranian women to take pictures of themselves without the hijab and post them to social media.

It’s hard to tell how many people have joined these campaigns. Alinejad says she’s gotten thousands of photos and videos from Iranian women, including some who say they wear the hijab or the chador willingly but everyone should have freedom of choice. (See the Twitter hashtag for examples.) But one definite mark in its favor is that hardline clerics are upset about it:

“The white veil, like those green and purple wristbands — they all smell of sedition. They’re all like flags that prostitutes would hang over their roofs in the [Dark Ages],” said Hojatoleslam Seyed Ebrahim Hosseini, leader of Friday prayers in the central Iranian city of Saveh.

That said, social-media campaigns like these haven’t been free of controversy among Iranian feminists either, as noted in this editorial by Nahid Siamdoust:

But for years, many women’s rights activists have written off the hijab as secondary to other matters such as political or gender equality rights. In 2006, the One Million Signatures for the Repeal of Discriminatory Laws campaign, one of the most concerted efforts undertaken by Iranian feminists to gain greater rights for women, barely mentions the hijab. Iranian feminists have also been determined to distance themselves from the Western obsession with the hijab, almost overcompensating by minimizing its significance.

(Hmm, does that remind you of anyone?)

It’s hard to argue with the logic that repealing brutal and discriminatory laws, like those forbidding Iranian women from driving or traveling without their husband’s permission, would improve their lives in larger ways. But when this peaceful petition was violently repressed by the government, many Iranian feminists decided to refocus on freedom of dress, deciding that they were unlikely to win on bigger issues while they still lacked this most basic freedom. From the editorial again:

“We are not fighting against a piece of cloth,” Ms. Alinejad told me. “We are fighting for our dignity. If you can’t choose what to put on your head, they won’t let you be in charge of what is in your head, either.”

Even if Iran’s theocrats are annoyed by White Wednesdays or My Stealthy Freedom, these seem like small, symbolic protests that are unlikely to shake a powerful regime. And maybe they are.

On the other hand, rebelling against a dictatorship presents a collective-action paradox. Even if dissatisfaction and anger are widespread, it’s hard for each individual person to be sure how many others feel the same way, especially in a society with censorship. Few people are willing to be the first to take to the streets unless they’re very sure that others will back them up. By broadcasting their dissatisfaction in subtle ways, potential dissenters get a better idea of how broadly their views are shared. In this way, even small gestures of dissent can kindle a revolution.

Furthermore, it’s possible that Iran is at just the right moment. The political scientist Richard Cincotta argues that average age is a marker of how likely a society is to transition from authoritarian rule to democracy. A more youthful population is more likely to gamble on drastic change, but a slightly older population is more likely to build stable institutions, so a balance is needed for overall success:

In “youthful” countries with high fertility rates, schools are usually crowded, investment per student is low and competition for jobs among young people is intense.

That raises their propensity to protest and increases the chance of a revolution.

…While a country is in a youthful phase, however, an uprising is highly unlikely to result in sustainable democratisation.

…Today, Iranians are getting older. Thanks to successful fertility-control policies of the 1980s (now regretted by the country’s religious leadership), Iran is rapidly going through the intermediate age-structural phase, just as Tunisia did.

This, according to Cincotta, is a window for economic growth and political change favouring the middle class. (source)

Cincotta’s model predicted a democratic transition in Tunisia, which was considered laughable by other experts at the time, but which today stands as the lone success story of the Arab Spring. Now he says Iran is at the same point.

If Iran does become a democracy, its prospects are bright. With a young, well-educated population (including one of the world’s highest literacy rates and women constituting a majority of college students), it could be one of the great success stories of the Middle East. Of course, the first essential step is to kick out the clerics, who oppose intellectual and moral progress in every society. 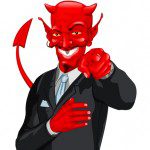