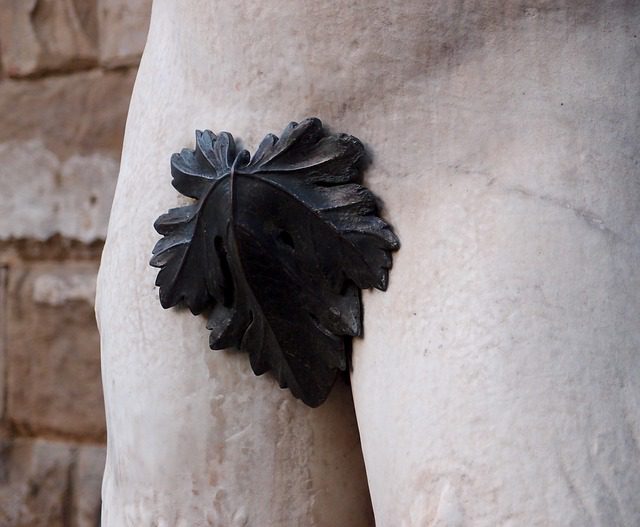 In the drawing rooms she visited, in the restaurants, in the offices of the A.G.A. people talked about the dislike of Miss Dominique Francon of the Banner for Howard Roark, that architectural freak of Roger Enright’s. It gave him a sort of scandalous fame. It was said: “Roark? You know, the guy Dominique Francon can’t stand the guts of.”

“The Francon girl knows her architecture all right, and if she says he’s no good, he must be worse than I thought he was.”

Roark’s first client Austen Heller, who used to be Dominique’s friend, is furious with her. He tells her, “I really thought you had integrity and judgment — if ever given a chance to exercise them… I didn’t think that you were just an irresponsible bitch.” (Yes, he says the word. It’s the most vulgar language I think Rand ever used in print. She had no problem writing graphic rape scenes, but she was strangely reticent when it came to profanity.)

Roger Enright entered her office, one morning, and said, without greeting: “Get your hat. You’re coming to see it with me.”

“The Enright House. As much of it as we’ve got put up.”

…On their way, she asked: “What’s the matter, Roger? Trying to bribe me?”

This is an interesting plot point, if only because Roger Enright has the good sense to do the one thing a Randian capitalist never does: try to win over his critics.

As we’ve seen in this book, Roark is allergic to any kind of advertising or self-promotion. He refuses even to do what Roger Enright is doing here, bringing people to his job sites so they can see his work for themselves. His entire business plan is to wait for people to stumble across his buildings and decide that they like them.

We saw this in Atlas Shrugged as well, with the curious spectacle of profitable megacorporations that apparently have no PR or marketing departments. When Dagny and her friends are being viciously attacked in public, they never try to put out a commercial or a billboard defending themselves. When they have an opportunity to tell their side of the story in a public debate, they refuse.

They walked together past the wooden fence, into the jungle of naked steel and planks that was to be the Enright House… She stopped and looked at the sky held in a frame of steel, the sky that seemed more distant than usual, thrust back by the sweeping length of beams. She looked at the steel cages of future projections, at the insolent angles, at the incredible complexity of this shape coming to life as a simple, logical whole, a naked skeleton with planes of air to form the walls, a naked skeleton on a cold winter day, with a sense of birth and promise, like a bare tree with a first touch of green.

OK, as a proofreader, I have to ask: What is an “insolent” angle? Is a 90-degree angle more insolent than a 45-degree angle? (Don’t even get me started on those lazy, socialist obtuse angles.) Also, do I have to point out that a shape can’t be both incredibly complex and also simple and logical?

He looked at her and saw the kind of face one should expect to see in church at Easter.

“I didn’t underestimate either one,” he said dryly. “Neither you nor the building.”

The sight of the Enright House’s exposed girders sends Dominique into something like religious – or maybe orgasmic – rapture. (You’ll need a cold shower after getting an eyeful of all that hot, wet concrete and stiff rebar.) Needless to say, I doubt architecture has ever produced this enthusiastic a reaction in the real world.

The cliche pickup line is, “Do you want to come up to my place and see my etchings?” – but in Randworld, insolently-angled men ask comely young ladies to come upstairs and see the blueprints they’re drafting for a mixed-use residential-commercial development, with pedestrian street frontages incorporating display windows, two on-site parking spaces for each two-bedroom dwelling unit, and a variety of roof forms to break up the massing of the overall structure and reinforce the diverse experience of the streetscape. And, apparently, it works.

She thought, standing here in the heart of the building, that if she had nothing of him, nothing but his body, here it was, offered to her, the rest of him, to be seen and touched, open to all; the girders and the conduits and the sweeping reaches of space were his and could not have been anyone else’s in the world; his, as his face, as his soul; here was the shape he had made and the thing within him which had caused him to make it, the end and the cause together, the motive power eloquent in every line of steel, a man’s self, hers for this moment, hers by grace of her seeing it and understanding.

“This must be a Howard Roark building! I’d recognize that combined water-sewer conduit anywhere!”

In all seriousness, how can an apartment building be that distinctive? An architect can add their own flourishes, sure, but there’s just not as much room for creativity as there is in, say, writing a novel or painting a picture – certainly not to the extent that you can look at a building and immediately know there’s only one person in the world who could have built it. Unlike those other fields of art, a building’s form is largely dictated by its purpose, not to mention zoning codes and regulations.

Enright’s tour, while well-intentioned, doesn’t change Dominique’s expressed view that “There is not a person in New York City who should be allowed to live in this building” (again, a compliment in the form of an insult). The next time she meets Roark for a secret sex rendezvous:

Later, lying across his bed, her eyes closed, her cheeks flushed, her lips wet, losing the sense of the rules she herself had imposed, losing the sense of her words, she whispered: “Roark, there was a man talking to you out there today, and he was smiling at you, the fool, the terrible fool, last week he was looking at a pair of movie comedians and loving them, I wanted to tell that man: don’t look at him, you’ll have no right to want to look at anything else, don’t like him, you’ll have to hate the rest of the world, it’s like that, you damn fool, one or the other, not together, not with the same eyes, don’t look at him, don’t like him, don’t approve, that’s what I wanted to tell him, not you and the rest of it, I can’t bear to see that, I can’t stand it, anything to take you away from it, from their world, from all of them, anything, Roark…”

Dominique regards Roark’s buildings as the Ark of the Covenant, something too sacred for mere mortals to lay eyes on. Or, to use the other metaphor, she thinks of them as the architectural equivalent of pornography – too intimate and private to display in public, on pain of being lewd. And if the Enright House is Roark’s soul laid bare in concrete and steel, open and exposed for any passerby to leer at… does that make him a flasher? 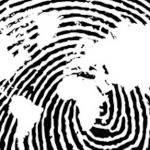 March 3, 2018 Friday Night Music: Dirty Computer
Recent Comments
0 | Leave a Comment
"they avowed their certainty that Jesus would bring her back to life:Despite this not being ..."
Bob Seidensticker The Strange Sad Story of Olive ..."
"...currently every single link in the "Trending at Patheos Nonreligious" is to a "I'm moving ..."
OverlappingMagisteria Announcing: OnlySky
"I've already signed up on Jonathan Pearce's site. Looking forward to the new digs."
ORAXX Announcing: OnlySky
"Interesting. Although if Andrew Hall is coming along, I hope the new site will make ..."
bificommander Announcing: OnlySky
Browse Our Archives
Related posts from Daylight Atheism